All I can say is, we need to vote every one of these NRA tools – especially people like State Sen. Glen Sturvevant, whose district was won big time by Ralph Northam this past November – out of office in 2019.  If you want to watch the travesty unfolding, click here.

The Courts committee just killed bills that would have established universal background checks and closed the gun show loophole on a party-line vote. pic.twitter.com/OxqmJSdRaq 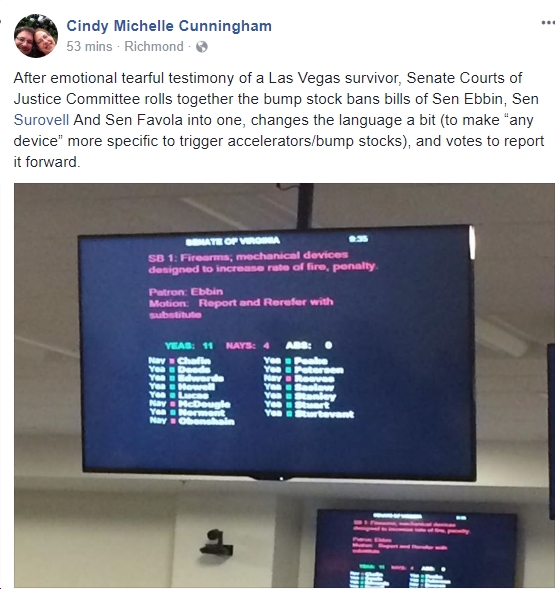 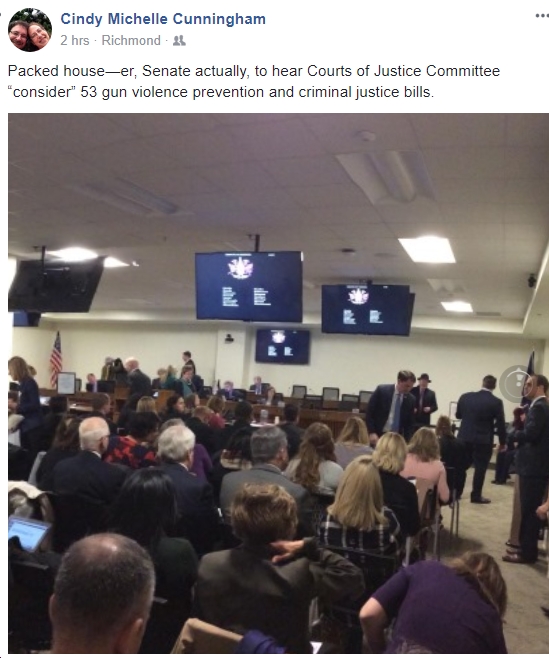 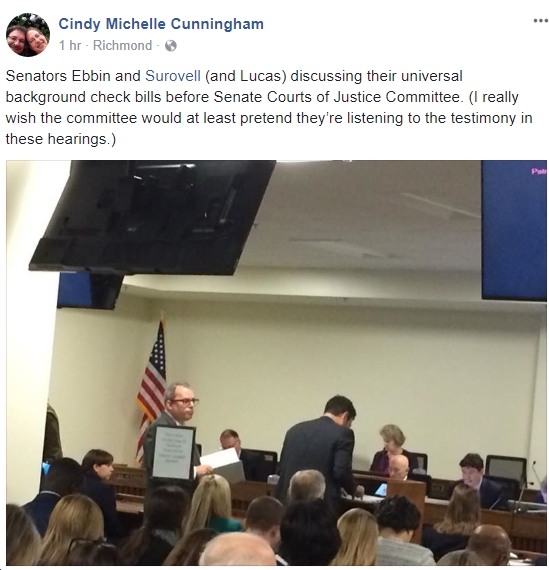 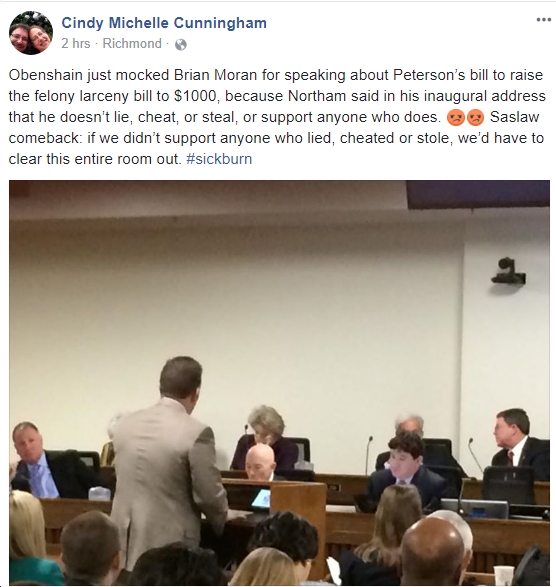 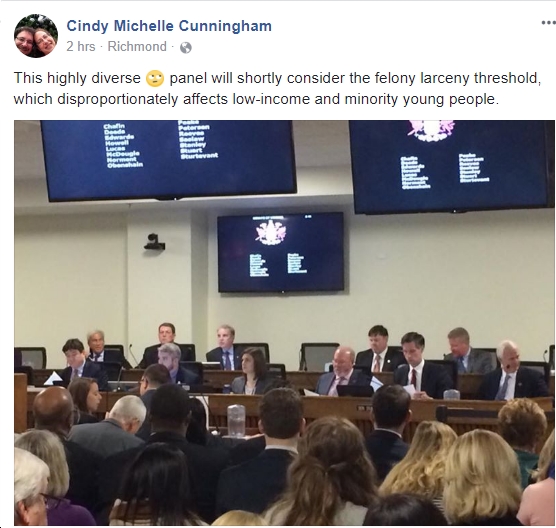 Philip Van Cleve from VCDL asks the committee not to ban bump stocks because “they’re fun to shoot.” For real. #VaGov

Hey, remember after Las Vegas when the NRA said they would support limits on bump stocks? They’re here to oppose banning them in VA. #VaGov

The irony is not lost on me that so many gun bills are being heard in committee on Martin Luther King, Jr. birthday.

Tearful testimony on bump stock ban bills right now in Senate Courts of Justice Committee from surviving victim of Las Vegas shooting. Most of the Senators aren’t even looking at her.

Five minutes before Courts of Justice committee begins where many gun bills will be heard this morning. About 30 ppl can’t get in and are unhappy. Capitol police say “we’re short of space by about 2/3rds.”
“How are we supposed to testify on bills if we can’t get in to a hearing?” pic.twitter.com/hacFFRAmhP

Virginia Courts of Justice fails to report bill prohibiting carrying of loaded firearm while under influence of alcohol or illegal drugs. #virginia #gunviolence

Dear @GlenSturtevant, your district vote 57% for @RalphNortham and his call for stronger gun laws. We will remember this vote. #VaGov pic.twitter.com/BmSpVrSE2K

Background Checks bill has failed in #VAGov Senate Committee. These Senators will be held accountable. #DisarmHate 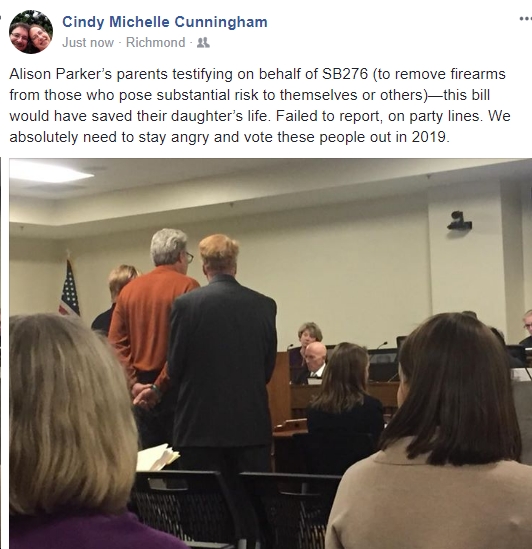