When it comes to installed wind power capacity, I’d make a strong argument that under Dominion Energy’s “dominion,” Virginia is the most pathetic state in the country. Check out the map, below, from the American Wind Energy Association (AWEA). What immediately jumps out at me is the “white” states – almost all in the Deep South, and almost all with close to ZERO installed wind power capacity. Also note that one of those states, namely our own Commonwealth of Virginia, has enormous wind power potential – 11.3 gigawatts (GW) off the shores of Hampton Roads, to be exact. To put that in perspective, Virginia as of 2016 had about 4.1 GW of coal-fired “nameplate” generating capacity; developing offshore wind power could replace all of that dirty stuff nearly three times over. As for natural gas, Virginia had 12.8 GW of “nameplate” generating capacity in 2016, similar to the amount of offshore wind power potential.

So why hasn’t Virginia developed its enormous wind power potential? Several reasons: 1) the offshore wind power industry in the U.S., unlike in Europe (where it’s booming), has taken a loooong time to get going, although there has been serious movement as of late (e.g., New York is serious about a $6 BILLION offshore wind industry; New Jersey is looking at offshore wind development now that windbag Chris Christie is mercifully gone; Massachusetts has a 1.6 GW offshore wind mandate by 2027, etc., etc. — all in all, Offshore Wind Is Taking Off in America); 2) Dominion Energy’s business model is fundamentally flawed – based on building big new fossil fuel power plants, pipelines, transmission lines, etc. – except for its top executives and shareholders of course, and its bought and paid for our legislature and regulatory agencies in order to keep their shweeeet gravy train rolling along; 3) the true costs of fossil fuels – environmental damage, health costs, etc. – are not incorporated into their price, in a classic case of “negative externalities” and “market failure”; 4) offshore wind has been more expensive – again, not taking into account environmental/other “externalities” – than fossil fuels, but this is changing fast, as the cost of offshore wind plunges.

With that, check out the following map, and tell me if you can find a state that’s more pathetic when it comes to developing its wind power potential. I can’t find one that’s more pitiful than the Dominion-dominated Old Dominion. Thanks a lot, Tom Farrell and Company!

P.S. And no, the pathetic “rate freeze” legislation Dominion’s currently hawking in the General Assembly will NOT result in Virginia moving ahead on offshore wind power. 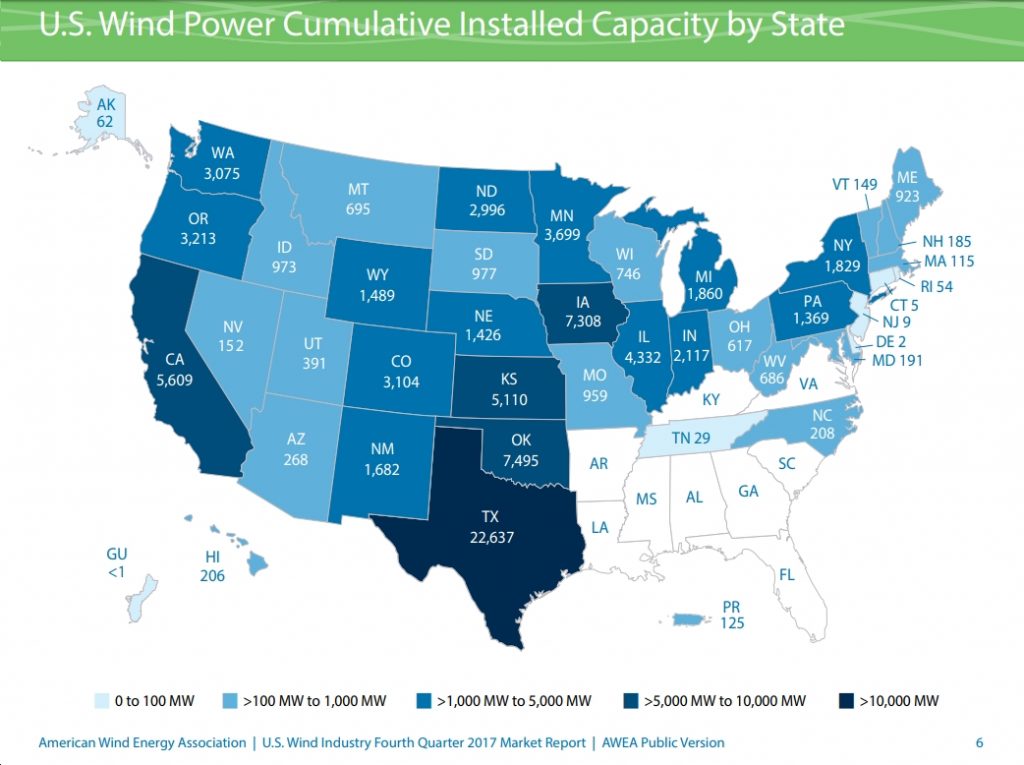