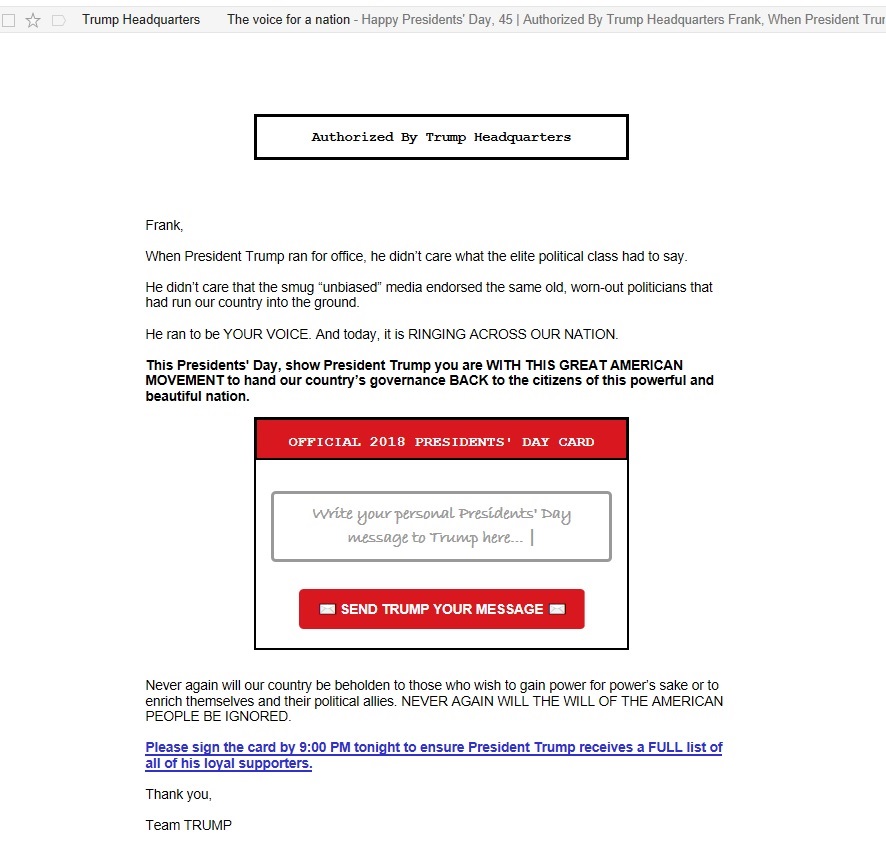 My next search for official information led me to the WhiteHouse.gov page updated just today, stating,

It appeared to many that a federal holiday now existed to celebrate both Washington and Lincoln—as well as America’s other 43 commanders in chief.

I’m no historian, but can someone please show me where it’s ever been officially decided that Presidents’ Day is for all Presidents? Or is this just an attempt by Donald Trump to rewrite history into his own making?