Does this look like fun or what??? That’s right, ladies and gentlemen, it’s time for the first Virginia GOP 2018 U.S. Senate debate with its fine, fine candidates (neo-Confederate Corey Stewart, Ewwwww Jackson, whoever Ivan Raiklin is, and…this guy). And, of course, it’s billed not as a Republican debate, but as a “Virginia Tea Party 2018 Spring Conference & Senate Candidate Debate.” So yeah, the Virginia GOP has, at least in part, outsourced its candidate selection process to the wackadoodle Tea Party.

As if that’s not bad enough, see below for screenshots of the fine program of this conference, which includes appearances by the likes of: 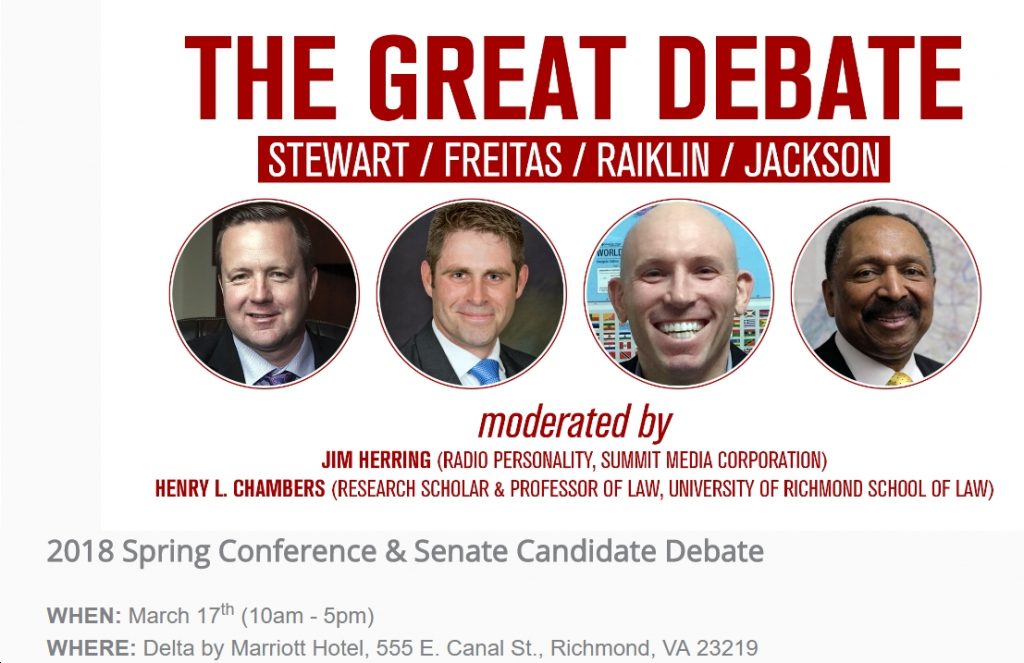 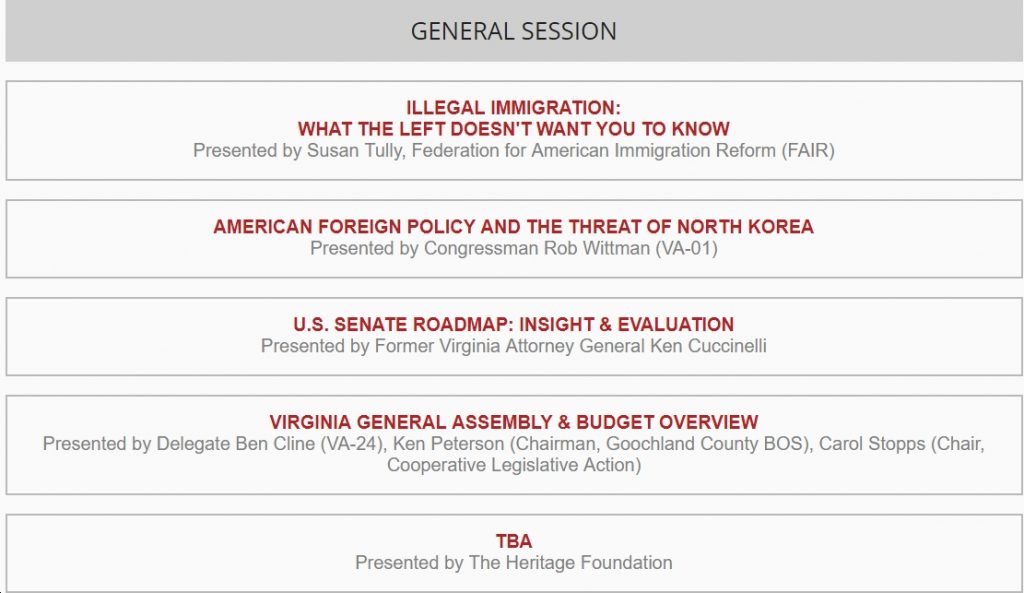 The Youngkin/Sears/Miyares ticket is terrified to be interviewed by serious reporters in mainstream outlets. Instead, they're sticking to their "safe spaces" of the FAR-right media echo chamber. Kinda says it all about them. https://bluevirginia.us/2021/10/video-on-the-sunday-show-with-jonathan-capehart-where-glenn-youngkin-refuses-to-appear-terry-mcauliffe-mocks-youngkin-for-calling-pledge-of-allegiance-to-flag-used-on-1-6-weird-as-oppose#comment-5574741655 h/t @tomsherwood

Friday Night Update from the ER in Arlington, VA: “Get your flu shot. Protect yourself and your family. Although #Covid_19 is slowing down now, it’s certainly possible we will see another winter surge.” https://bluevirginia.us/2021/10/friday-night-update-from-the-er-in-arlington-va-get-your-flu-shot-protect-yourself-and-your-family-although-covid-is-slowing-down-now-its-certainly-possible-we-will-see-another-winter