by Jessica Sims and Stacy Lovelace

The Virginia government’s lack of response echoes what has happened to the innumerable people who have been fighting these pipelines for years now, with factual and science-based arguments — the same science that Governor Northam has called for, yet willfully ignored time and time again. It also demonstrates a gross lack of accountability by the pipeline companies and by the officials in our government who have been bought with gifts and donations, like those from Dominion Energy. These officials include the Governor himself and DEQ director David Paylor, whom Northam audaciously reappointed in a slap to the face to Virginia’s environment and those who fight to protect it.

Dr. Northam took a physician’s oath to “do no harm.” He promised in his inaugural speech that his “door will always be open” to the Virginians he is sworn to protect, the same people to whom he told “the doctor is in” at his election victory speech. Yet he has closed his door to the countless Virginians asking for protection from the pipelines’ harms, especially those who will be sacrificed along the pipeline paths: landowners whose property and livelihoods will literally be torn apart, and the predominantly low-income, African American, and indigenous communities who will be forced to shoulder the majority of the pipelines’ toxicity due to egregious racial and economic targeting practiced by the pipeline companies. Northam’s silence is complicity, frankly, and also a breach of his physician’s oath by the minute.

In the mere three months that Northam has been governor, this is the legacy he is developing for himself, the same legacy as the government over which he presides – a legacy of inaction, broken promises, and ultimately corporate profit over people. 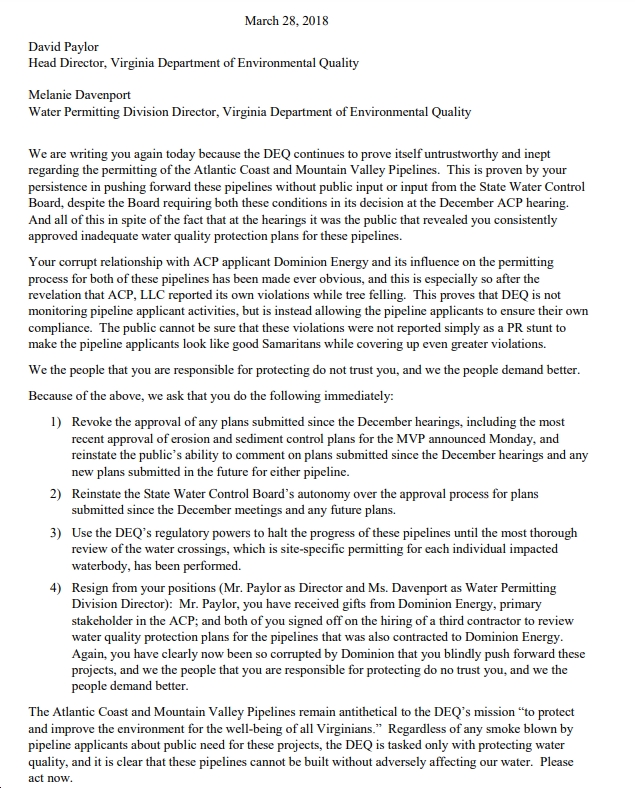 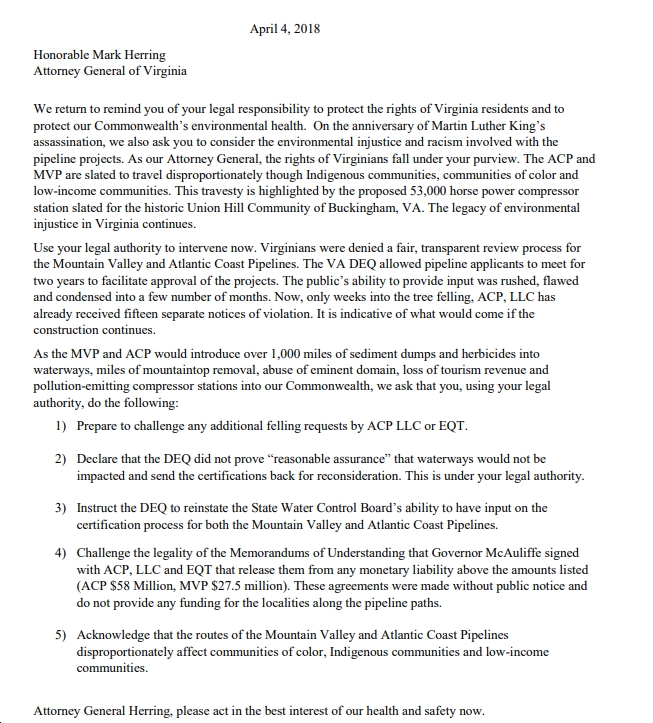 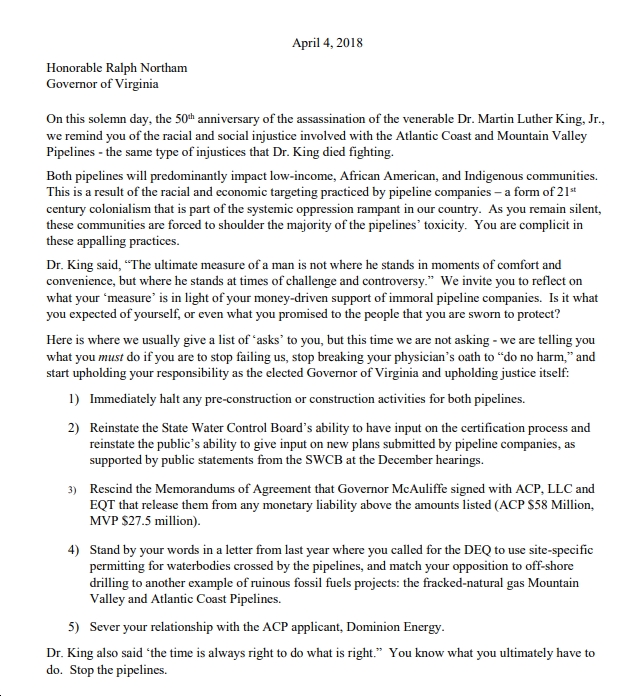