Is the following email the classic, dictionary definition of “leading from behind” or what? The Virginia League of Conservation Voters (LCV), which has overwhelmingly NOT taken the lead against Dominion Energy (to the contrary, they supported the godawful “Dominion Bill” this session), the Atlantic Coast Pipeline (ACP), the Mountain Valley Pipeline (MVP), etc., weighs in now? After the Southern Environmental Law Center, working with the Sierra Club, Defenders of Wildlife and the Virginia Wilderness Committee, did all the hard work and last night announced a major victory over Dominion and the ACP? Better late than never, I guess. Also, if even the Virginia LCV has had enough when it comes to the pipelines, you know it must be really bad…

Deserving of huge credit, by the way, are all the environmental activists who have been working to stop the ACP and MVP; groups like the Chesapeake Climate Action Network (CCAN), the Blue Ridge Environmental Defense League (BREDL), Appalachians Against Pipelines, etc, etc. But the Virginia LCV? Other than giving millions of dollars to, and being major cheerleaders for, two of the Virginia politicians (Terry McAuliffe and Ralph Northam) who have pushed hardest for these pipelines and/or done far less than they could/should to stop them, what has the Virginia LCV done exactly prior to this email? Not really sure, but they certainly haven’t led “from the front,” as far as many (most?) of us environmental activists can see.

Now, having said all that, I do agree 100% with the Virginia LCV – and am willing to give credit where credit is due! – for calling on everyone to contact Gov. Northam and tell him to “hit ‘pause’ on the pipelines,” also that “Northam has said all along science would guide these projects – the science is saying they need to stop” and that “Virginia has the power to require stream-by-stream analysis across the route of these pipelines, which will bisect more than 1,000 waterways. ” I’d also note that it’s striking to see that even the Virginia LCV, which has been so supportive of McAuliffe, Northam, etc., call for Northam to take action to stop or at least slow the pipelines. 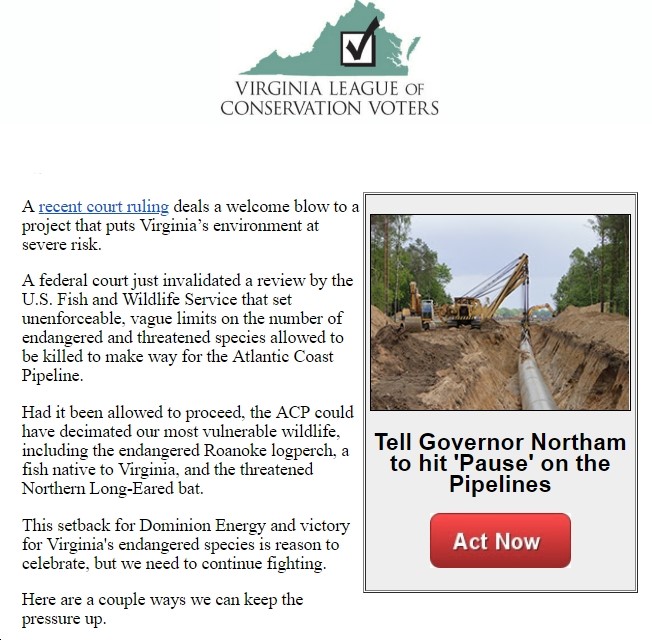 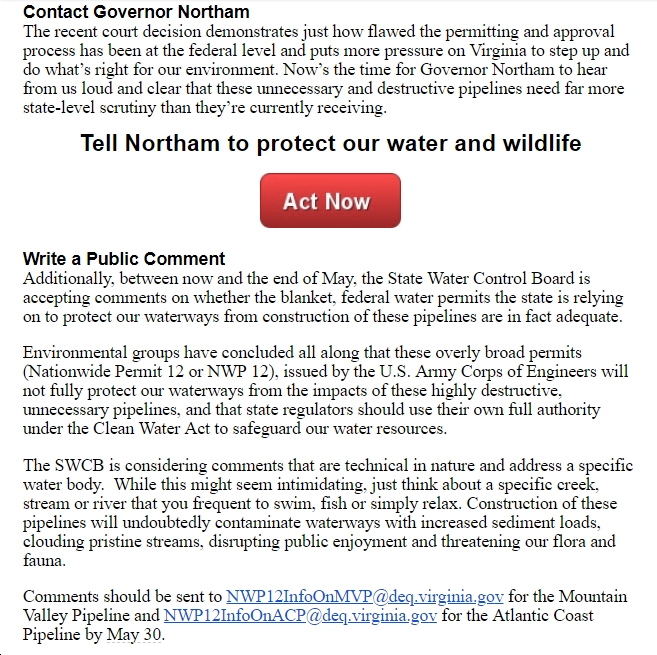 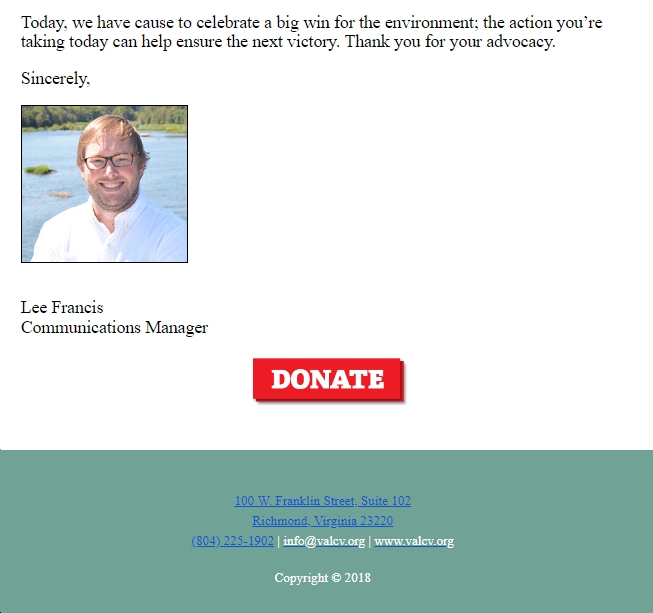