Just a few points on this Virginia GOP call to boycott the Red Hen restaurant (see screen shot below) because it asked Trump Press Secretary Sarah Huckabee Sanders to leave. First of all, a nitpick: her name is “Sarah Huckabee Sanders,” not “Sarah Huckabee.” Second, another nitpick: the Virginia GOP continues to mangle the English language —  it should be “its liberal supporters” not “it’s liberal supporters” (this isn’t that complicated; “it’s”=”it is”).

Third, and MUCH more substantively, note that the Virginia GOP has never once condemned anything Trump or his administration has said or done, from Trump’s “grab her by the p***y” and other raging misogyny, to Trump’s mocking a disabled reporter, to Trump’s mocking a war hero, to Trump’s assault on the free press, to Trump’s (and his cronies’) corruption, to the Trump campaign’s apparent collusion with Putin et al, to Trump’s authoritarianism and complete lack of respect for (and war on) democracy, to…we could go on all day, but you get the point.

Last but not least, see below for some of the other causes the Virginia GOP has embraced, including defense of the Confederacy, bashing of Latino immigrants, and denouncing “Antifa” (which stands for anti-fascist, by the way; certainly haven’t seen the Virginia GOP forcefully condemning Corey Stewart, who embraces white supremacists and a variety of far-right/”alt-right” characters). So those things are all ok, apparently, but asking the chief spokesperson for this horrific administration to leave a restaurant is horrible, I guess. Gotcha. 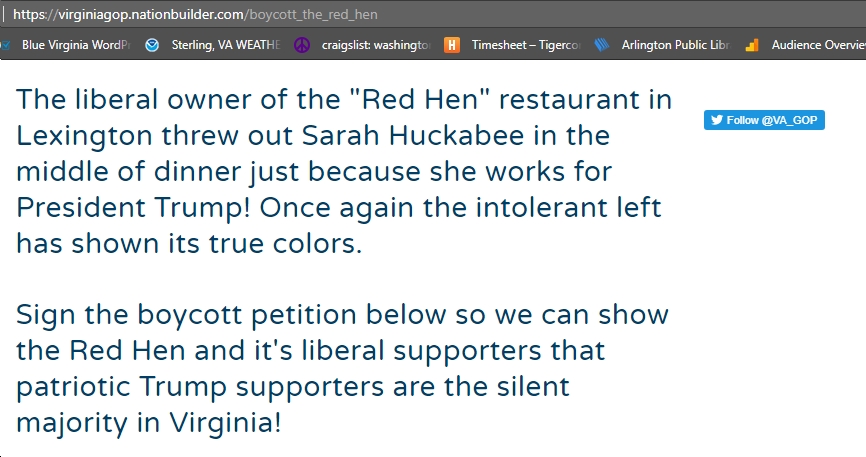 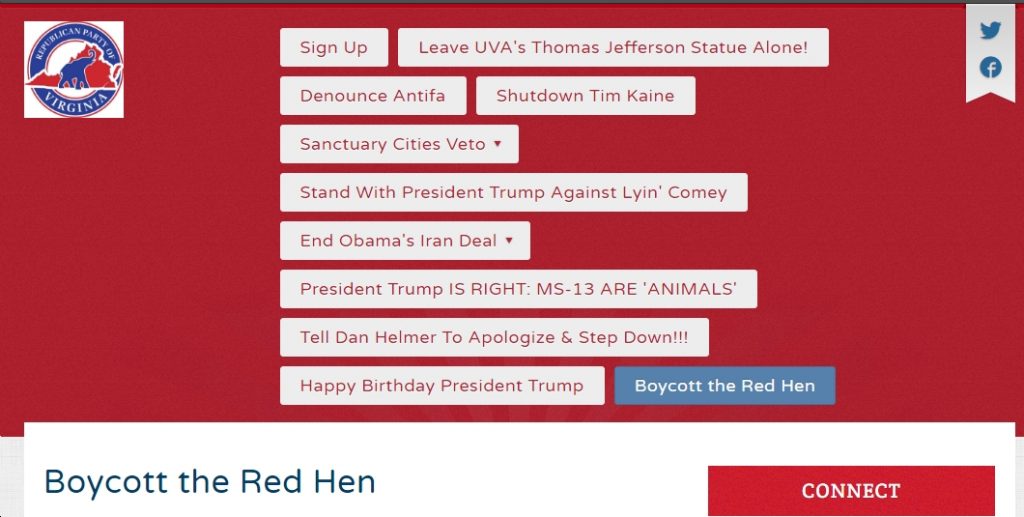