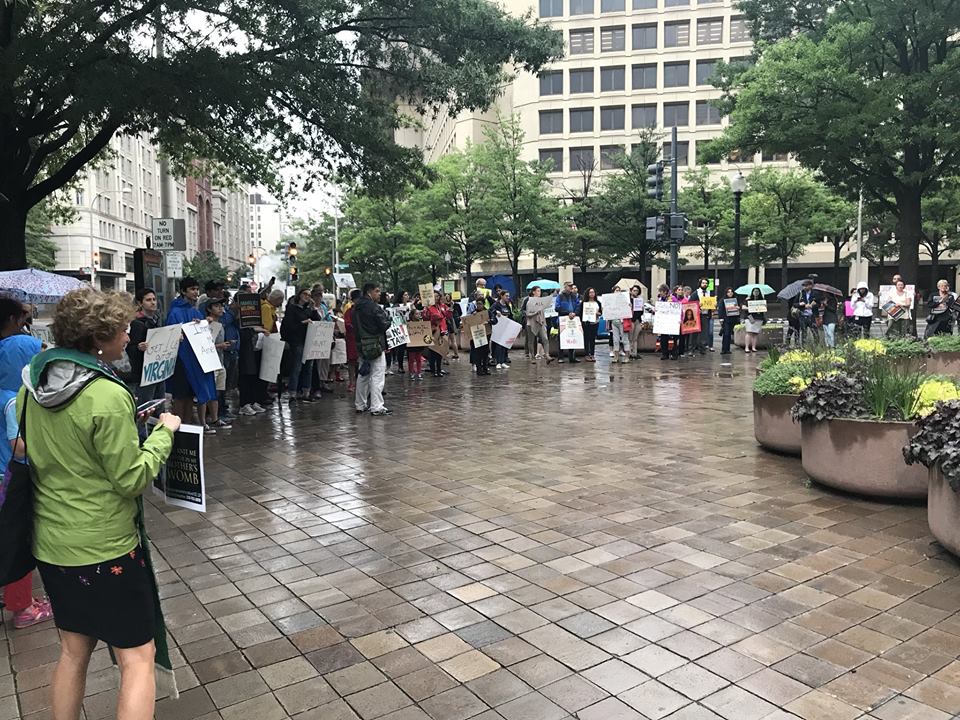 Yesterday I attended a rally at the Department of Justice to protest the Trump administration’s incarceration of immigrant children and families. Although we were a small group of around 50 people on a rainy Friday morning, I left the event more determined than ever that the fight for immigrants’ rights is where we — as progressives, as Democrats, as decent human beings — need to be right now.

As a local Democratic official, this led me to think about the role of the Democratic party in people’s movements. Parties are rarely the instigators of movements for change. Instead, they wait to see that an issue has gained considerable public support and then they get out in front of it. So we need to acknowledge that Democrats have been late to the game when it comes to some of the recent humanitarian, environmental, economic and civil rights struggles. (Republicans have ignored the existence of these problems entirely, so they cannot claim the high ground.)

I’d like to see more Democrats shaking off whatever fear they may have on speaking out, and to boldly claim: Black lives matter. Brown lives matter. Immigrant lives matter. We care about poor people. We care about working families. We care about our environment and we stand against those who seek to destroy it. Easy access to unlimited guns is the reason why we have so much gun violence. If you want to make it harder to vote, you should be publicly shamed and barred from any position of authority.

To those who say I’m being a bleeding-heart liberal, fine. I’ll take it. That’s better than being a cold-hearted bastard. The other guys don’t give a damn about people like you and me. To those who say that too much focus on ethnic and socioeconomic minorities will turn off working-class white voters, I say: that’s the kind of thinking that got Trump elected. The concept that politics is a zero-sum game; that helping one group means we’re taking resources away from another group — that’s how voters were led to believe we’re taking money out of their pockets and giving it to “those people” who don’t deserve it.

Yes, we can help the poor and the middle class at the same time. But it means we need to fight everywhere we can. Too much is at stake for us to stay silent. We don’t just join the fight because an issue makes our opponents look bad and us look good. We fight because it’s the right thing to do.

The public’s view of the Democratic Party is that we are one monolithic entity, when in fact we are made up of thousands of disparate committees, candidates and organizations at the local, state and national level (of which I am one small part). I can’t claim to speak for the whole party or have influence on it. Some members are speaking boldly and I commend them. But people are looking for more courage in these difficult times. A solid majority the electorate supports our positions on the issues. Maybe if we get out in front more, they’ll support us at the ballot box too.

P.S. Thank you to the Virginia Coalition of Latino Organizations, the Legal Aid Justice Center, and Virginia Coalition for Immigrant Rights for organizing yesterday’s event. There will be more events, such as the protest on June 30 at the White House.

DPVA Chairwoman Susan Swecker on Glenn Youngkin: “We will remind Virginians that the ‘moderate from Northern Virginia’ is nothing more than a political puppet...