It’s increasingly starting to look like November 6, 2018 could really be the final hurrah for Barbara “Votes 98% with Trump” Comstock’s ignominious – ok, disgraceful – political career. Check out this morning’s Politico story. Note that national Republicans – hell, even the Koch brothers – have already cut off neo-Confederate Corey Stewart. Next, I wonder what Republicans will do about Rep. Scott Taylor (VA-02), as it looks like his staff engaged in serious petition fraud and that he almost certainly knew what they were up to (if not, he’s completely incompetent, by the way). Regardless of whether Taylor is formally facing charges by election day, I’m hopeful that VA-02 voters will not choose to let this guy continue to (mis)represent them in Congress. As for Barbara Bumpstock…, er Comstock, I’m very much looking forward to wishing her a restful retirement from politics after she’s “repealed and replaced” by Democrat Jennifer Wexton in just over two months. 😉 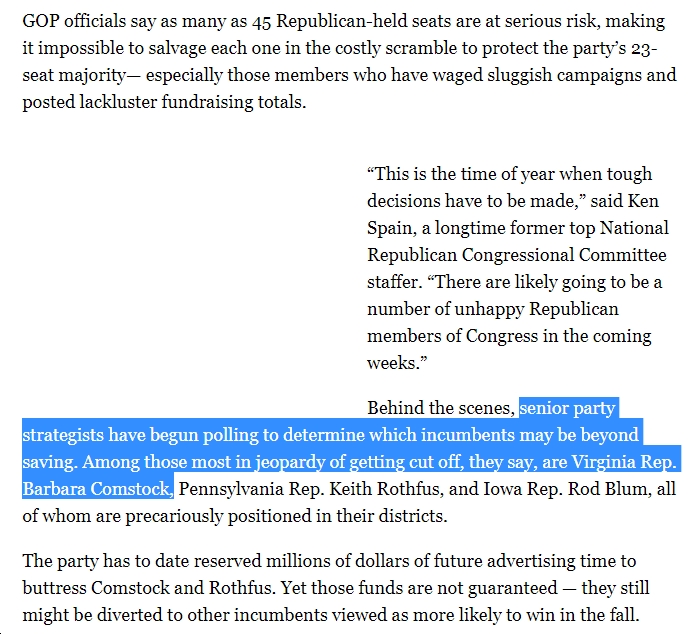