On August 15, Wild Virginia and the Dominion Pipeline Monitoring Coalition (DPMC) released a scathing report summarizing 17,000 comments filed with the State Water Control Board in advance of its August 21 scheduled meeting.  As Blue Virginia detailed here, the report documented the Department of Environmental Quality’s utter failure to consider the impact these pipelines would have – and already have had during early construction activities – on Virginia’s water quality. DEQ was supposed to do its own summary of these 17,000 comments for the Board to consider – it acknowledged its responsibility to do so on its website.  As of this writing, DEQ has failed to do a summary.

But the full truth is even worse.

DEQ is openly admitting that it plans to make the long-anticipated August 21 “hearing” a sham.

As Wild Virginia and DPMC reveal: “we were recently told by a DEQ official that new comments will not be accepted at the Board meeting and that any written comments must have been submitted 10 days before that meeting.”

Even worse, despite the fact that a large public meeting room has been reserved and anti-pipeline forces are mounting a major mobilization – indeed probably because of that – the report makes the following bombshell disclosure:

“We’ve been told further that citizens will not have the chance to speak at the upcoming Board meeting about these issues.”

The State Water Control Board Meeting was originally scheduled to take place on June 11 before it was mysteriously cancelled.  It then was delayed for months, during which construction was allowed to proceed.

Now the meeting will still take place, but no one will be allowed to speak.

It is beyond outrageous that Governor Ralph Northam would allow this crucial public hearing to take place without allowing a single member of the public to speak.

In his inaugural address, Northam said this: “When we make decisions, we’ll apply this test….Have we been transparent with the public about what we are doing and why we are doing it?”

If Governor Northam allows DEQ to muzzle the public on August 21, he will have failed his own test.

It is easy to see why DEQ and its Director, David Paylor, don’t want the public to be heard.  Just read the public comments filed so far, as summarized by Wild Virginia and DPMC:

The good news is that the Virginia State Water Control Board is an independent body with independent obligations to all Virginians.  It does not have to accede to DEQ’s attempt to silence the public.  It has its own voice, its own power and its own responsibility to stand up for Virginia when the administration will not.

Ralph Northam, David Paylor and Virginia DEQ have abandoned their responsibility to protect the citizens of the Commonwealth.

Which means citizens must take matters into their own hands.  And they have. That is what Wild Virginia and DPMC did in doing the analysis of 17,000 public comments that DEQ failed to do.  That is what Red and Minor Terry did when they climbed trees on their land to stop a pipeline.  That is what lawyers did in filing lawsuits that at present have led to federal stop work orders for both the Mountain Valley and Atlantic Coast Pipelines.  That is what the Virginia Chapter of the NAACP did in calling for a complete halt to all construction of the Atlantic Coast and Mountain Valley pipelines.

The State Water Control Board also should take matters into its own hands.  It should read all 104 pages of the Wild Virginia report and then read the 17,000 comments filed by concerned Virginians from every walk of life and every corner of the state.  And it should wrest control of the permitting process away from David Paylor and DEQ.

The State Water Control Board can and must revoke the Section 401 certifications for these unnecessary and dangerous pipelines.  The Board should then direct DEQ to do the stream-by-stream analysis Governor Northam called for when he ran for office.

The voice of the people must be heard.

It is long past time for public officials in Virginia to start hearing what the public is saying.

August 21 would be a great day to start listening. 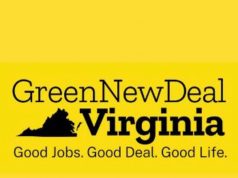