UPDATE Monday AM – Yet MORE on “Petitiongate” from Lindsey Terry…

#petitiongate For two people who claim they didn’t work together this sure does look odd. ALL of the petitions Congressman Scott Taylor’s staff circulated have the same copy mark, now where it gets interesting is that SOME of Shaun’s have the same copy mark. So were they working together or is the excuse going to be that they went to the same Kinkos?
Samples given are from 70a (circulated by Taylor staff)
https://whro.org/…/2018-11-06BrownPetitions70-84_Redacted.p…
And 138a (circulated by Shaun Brown)
https://whro.org/…/2018-11-06BrownPetitions127-141_Redacted…

UPDATE 3:55 pm – Check this out from Susan Mariner:

Bottom line — Shaun Brown used a false address to register to vote, an address she couldn’t even remember properly because she never lived there.

So add this fraud to all the fraud committed by Congressman Scott Taylor‘s campaign… Hey there Congressman, how are you feeling about having paid your staff to collect/forge signatures on petitions that were never valid in the first place?

The following is from Virginia Beach resident and Democratic activist Lindsey Terry, who checked this out today with former Virginia Beach Democrats Chair Susan Mariner…

#petitiongate so the story keeps getting better…. the address on Shaun Brown’s petitions is not a valid address. Wouldn’t this automatically make all the petitions invalid. There is NO 5887 Campus Drive in Virginia Beach!

For more background on the continuing “Petitiongate” scandal in VA-02, see Audio: “HearSay” Interview with R. Stuart Cake’s Widow on His Forged Signature for Shaun Brown, BREAKING: Virginia Beach Democratic Committee Charges “deliberate and concerted effort by Scott Taylor and the VB Republican Party to meddle in the upcoming election”, Letter to Virginia Board of Elections: “If you do not take action by noon this Friday, August 10, 2018, we intend to seek judicial intervention.” and RELEASE: Elaine Luria Campaign Responds to Rep. Taylor’s Deceptive Campaign Tactics. Great stuff, eh? 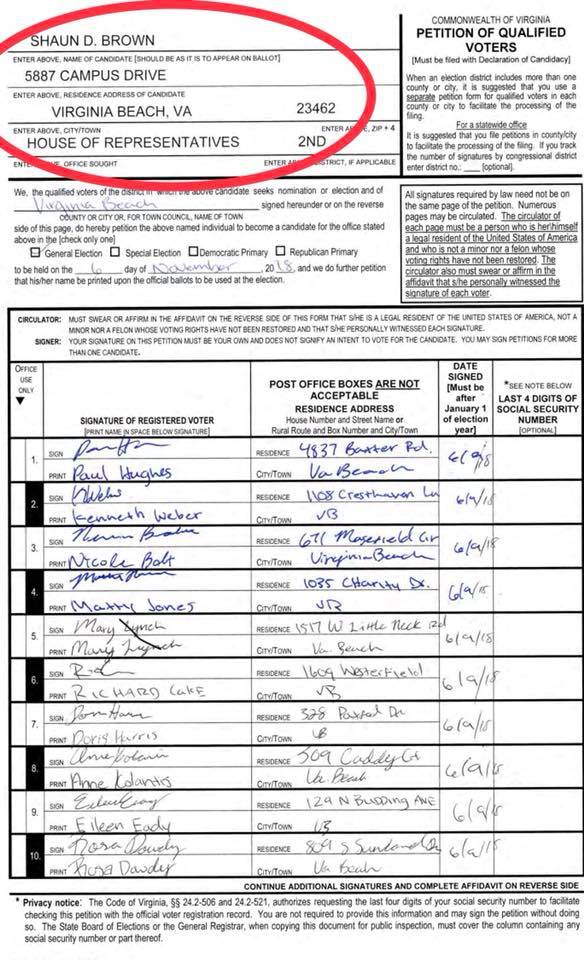 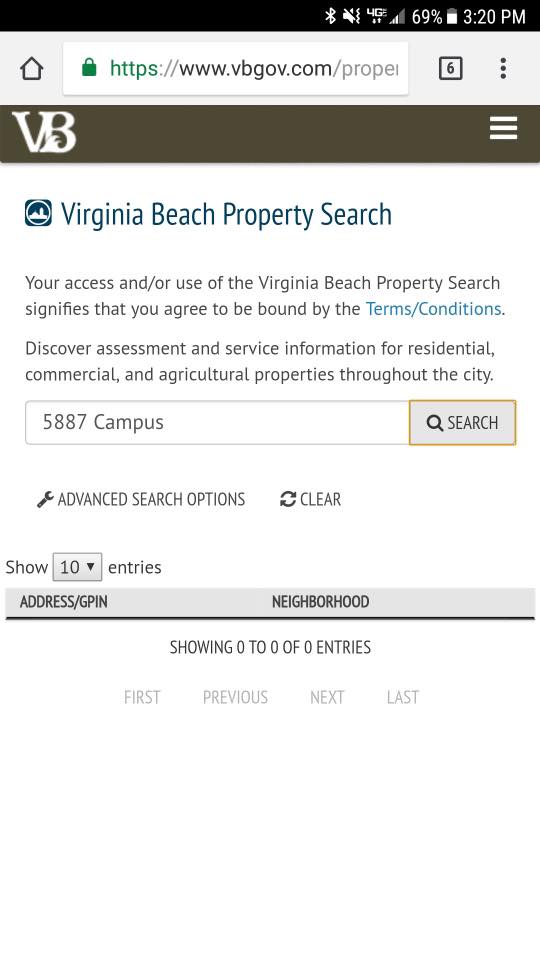