How much of a lying ignoramus (and embarrassing buffoon) is Corey Stewart?

Check out the following video of Corey and his Tesla-owning friend talking about what they claim is a “99.9% coal-powered.” Also check out Corey elaborating on how Tesla and other electric vehicles supposedly are “all coal-powered vehicles” and that “it’s coal that’s going to be powering future vehicles like this one.”

In fact, as you can see from the following statistics – you know, actual FACTS (what a concept!) – from the U.S. Energy Information Administration, coal-fired electricity generation as of June 2018 was just 7.5% of Virginia’s total 8,936 thousand MWh (Utility-Scale Net Electricity Generation). That’s right, an overwhelming 92.5% of Virginia’s electricity generation in June 2018 was everything OTHER THAN COAL — 57% natural gas, 29% nuclear, 7% renewables, 1% petroleum. So much for “99.9% coal-powered” or how Teslas are “coal-powered vehicles.”

As for the lying idiocy/ignorance about coal “going to be powering future vehicles like this one,” in fact coal-fired generation in the United States has been plummeting, and is projected by EIA (which, btw, is notorious for UNDERestimating renewable energy) to continue plummeting as a share of U.S. electricity generation through 2050. According to EIA, “coal’s share of total U.S. electricity generation declines from 31% in 2017 to 22% in 2050 as natural gas and renewable generation sources increase their generation shares.” And again, keep in mind that EIA is notorious for OVERestimating fossil fuel-fired power and UNDERestimating solar, wind, etc.

So yeah, in no way/shape/form will electric vehicles, like the Tesla that Corey’s driving, be “coal-powered” – not tomorrow, not in a few years, not in a few decades, whatever. To the contrary, the wave of the present AND the future is clean energy. To the stark contrary, as Bloomberg New Energy Finance (which has been MUCH more accurate than EIA on the growth of clean energy) forecasts:

“Wind and solar are set to surge to almost “50 by 50” – 50% of world generation by 2050 – on the back of precipitous reductions in cost, and the advent of cheaper and cheaper batteries that will enable electricity to be stored and discharged to meet shifts in demand and supply.  Coal shrinks to just 11% of global electricity generation by 2050.”

Yep, you read that right – coal projected at just 11% of global electricity generation by 2050 (aka, 89% will NOT be coal-fired power). So much for Corey Stewart’s “coal-powered” Tesla, so much for Corey Stewart knowing what the hell he’s talking about on this (or any) subject, and so much for Corey Stewart being remotely fit to serve in the U.S. Senate. Which is why, on November 6, I urge everyone to walk, bike, scooter or drive your NON-coal-powered vehicle to the polls and vote Democratic up and down the ballot, starting with Tim Kaine over the lying ignoramus, climate science denier, neo-Confederate, etc. the Republicans disgracefully nominated. 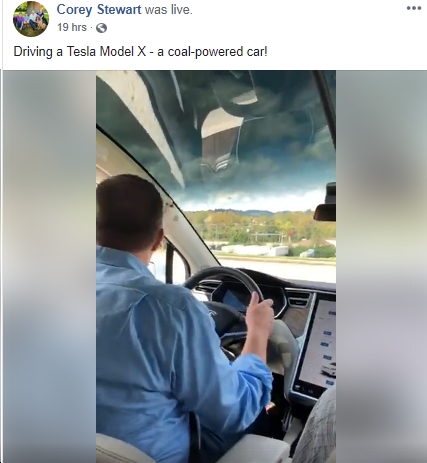 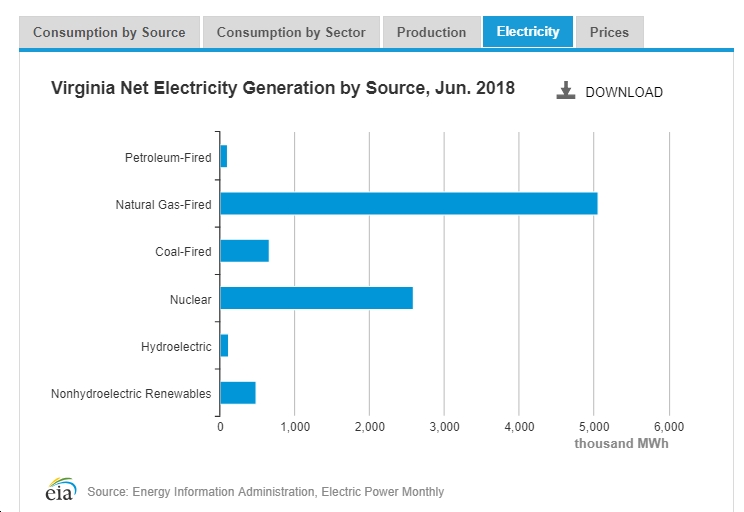