“Saslaw, one of Virginia’s most influential elected Democrats, quickly apologized [to Dominion] and criticized the state party for not doing its “homework” on “how generous Dominion has been to me” … “The company and its executives have given about $350,000 to Saslaw in the last 15 years, by far his biggest source of campaign funds.” – Facing new scrutiny, powerful utility turns to old friends 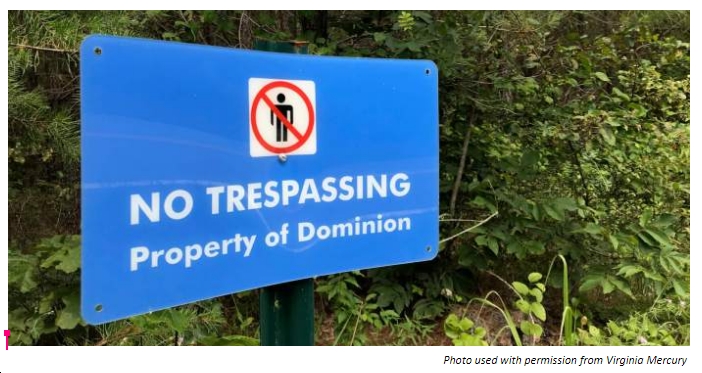 Dominion Energy is robbing Virginia blind and Virginia Senate Democratic Leader Dick Saslaw is helping them do it. Dominion is building a massive, fracked-gas pipeline infrastructure that the people of Virginia are paying for — but do not need. Dominion will make a fortune building the pipelines and selling the gas to themselves. But that doesn’t help the people of Virginia; it just helps Dominion extract billions of dollars, while the monopoly sticks Virginia ratepayers with the bill. Investing in more fossil fuel infrastructure will also keep Virginia from moving to a clean energy economy that would create more jobs and a stronger economy.

Seven years ago, natural gas looked like a good “bridge fuel” to get to a clean energy economy while we retired old coal plants. But that bridge collapsed when the price of wind and solar dropped below gas in 2016 and energy storage made wind and solar viable for 100% clean energy, everywhere. So today, Dominion is in a race to push through more pipelines before too many people figure out they are being robbed. We already have a surplus of pipelines for baseload power plants. A 2015 report published by the U.S. Department of Energy found that the national average pipeline capacity utilization between 1998 and 2013 was only 54% and is only expected to reach 57% by 2030. All Virginia needs going forward is help with peak demand — and wind, solar and storage can handle all of that at a lower cost, much more cleanly, safely and less destructively than fracked gas.

So why is Dominion so hell bent on building more pipelines? It’s called “corporate self-dealing” where Dominion makes a fortune building the pipelines and they make a fortune selling themselves the gas. It’s certainly not free-market capitalism. Of course, it won’t matter to Dominion when the gas markets crash in a few years, because they used our money to pay for what will become  “stranded assets.”

The fact is that Dick Saslaw is Dominion’s money man and “fixer” on the Democratic side of the aisle in the Virginia General Assembly. Saslaw passes out Dominion money to keep other electeds from looking too closely at what Dominion is up to. Yes, Dick Saslaw has done some good things. He wouldn’t be any good to Dominion if he was bad on everything. Saslaw helps Dominion and Dominion helps Saslaw look like a hero on Medicaid expansion, so he can continue helping Dominion rip off the people of Virginia. Does Dick Saslaw know he is helping Dominion rob Virgina blind? He didn’t know his own treasurer robbed him blind, when she embezzled $653,000, so it’s possible he simply has no idea what he is doing. He could also just be a giant bully, doing what Dominion wants him to do.

Luckily for us, Saslaw will have a primary opponent in 2019 and he knows he is in trouble. If you haven’t figured out how so many young progressive candidates are beating establishment Democrats in primaries around the country, I’ll give you a few hints. For starters, Saslaw’s gerrymandered district is one of the best possible for a progressive primary challenge — it’s highly liberal and diverse, actually one of the few “majority minority” Senate districts in Virginia. There are also far more Bernie Sanders voters in this district than Saslaw’s challenger will need to win in an off-year primary. And there are about 5,500 more active female voters than male voters in this district. So there is a real chance to remove Dick Saslaw, break Dominion’s grip on Democrats, stop the pipelines and move to a strong, sustainable, job-creating clean energy economy. But it’s is going to take a lot of work.

I know what you’re thinking. If we get rid of Saslaw, won’t someone else like him just take his place? I don’t think so. In fact, Dick Saslaw is a one of a kind. He is a notorious bully, who yells and threatens people into doing what he and his masters at Dominion wants them to do. There are no other Democrats in the Senate with the same combination of ruthless arrogance and aggressive ignorance. I can’t see Dominion trusting anyone else to do what Saslaw has done, and I don’t believe I’m wrong about that.

Saslaw’s own campaign reminds people that, if re-elected, he would be in office for 44 years – as well as, quite possibly, majority leader again. That makes many Democrats cringe. In fact, Saslaw is exactly the kind of politician that keeps young people from getting involved with the Democratic party. Note that the new delegates who won in 2017 bear little if any resemblance to Saslaw. Most of them, for instance, signed a “No Dominion Money Pledge.” They are also far more diverse, progressive, and environmentally conscious than Saslaw. The bottom line is that it’s time for a change in the 35th Senate District; 44 years in office is too long unless you’ve got something great to offer, and Saslaw most certainly doesn’t. To the contrary, Saslaw has been well past his “sell-by date” for a while now.

By the way, there’s a saying that the most common way people give up power is by thinking they don’t have any. Which is why it’s important to remind ourselves that, fortunately, we DO have that power. In 2019, let’s use our political power to get rid of Dominion’s “fixer,” stop the fracked-gas pipelines, and move forward to a stronger and cleaner Virginia that works for everyone.

In Virginia, we pay over 12 cents per kilowatt hour (kWh) for electricity and our costs have been going up. Mexico will soon be paying 1.77 cents per kWh for wind energy. Saudi Arabia is about to get solar power for 1.79 cents per kWh. While the rest of the world is chasing 2 cents per kWh electricity, Dominion will be sticking Virginia with some of the highest rates in the world.

Virginia is ranked 38th in Solar Energy with a “D” Rating

According to the 2018 U.S. Energy and Employment Report, there were 3.2 million Americans working in clean energy in 2017, which out numbers fossil fuel jobs by 3 to 1.

List of Pipeline Accidents in the U.S. in the 21st century

Below are pictures and reports of what Dominion and DEQ consider environmentally safe construction:

6/23/18: Despite DEQ’s issuance of a Notice of Violation July 9, 2018 and MVP’s subsequent voluntary stop work to repair ESC measures, the Slusser’s Chapel Conservation area continued to see erosion and sediment control incidents, with additional ESC failures reported on the Dyer property July 17 and July 22, and on the Slayton property July 22, 2018.