Welcome to this week’s Fortify-a-District – featuring my representative in Congress, Congressman Don Beyer. Don is running against Republican Thomas Oh in the 8th Congressional District of Virginia. 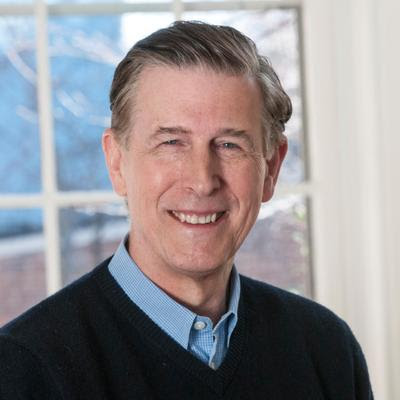 Don has spent the past 40 years building his family business into a successful, community-based collection of retail automobile dealerships, including nine franchises and five manufacturers.

Don began his career in public service in 1989, when he was first elected as Virginia’s 36th Lieutenant Governor alongside Governor Douglas Wilder. He became the first champion for Virginians with physical and sensory disabilities, chairing a disabilities commission for eight years that has become a central responsibility of subsequent lieutenant governors. While leading Virginia’s Poverty and Welfare Reform Commission, Don was credited with passing the Commonwealth’s landmark welfare reform legislation, which has served as a model for federal reforms. As Chair of the Virginia Economic Recovery Commission, he helped pass permanent pro-business reforms and was a co-founder of the Northern Virginia Technology Council.

An active leader in Democratic politics, Don served as the Virginia Chair of both the Clinton-Gore and Kerry-Edwards campaigns, the Treasurer and Virginia Chair for Howard Dean, Finance Chairman with Mark Warner’s Forward Together campaign, and Mid-Atlantic Finance Chair for President Obama.

In 2009, President Obama nominated Don to serve in his administration as Ambassador to Switzerland and Liechtenstein. At the U.S. Embassy, Don worked to impose tough international sanctions to bring Iran to the bargaining table and led efforts to crack down on Swiss bank secrecy.

Don has four children, Clara, Grace, Don, and Stephanie, and two grandchildren, Ava and Will. He and his wife Megan live in Alexandria, Virginia.

The most Democratic district in the Commonwealth, the 8th is a traditionally blue, progressive region that includes Arlington County, the Cities of Alexandria and Falls Church, and portions of Fairfax County. The last time a Republican won here was former President George H.W. Bush and former Representative Stanford E. Parris in 1988. Parris was ousted by Democrat Jim Moran in 1990.

Why Thomas Oh should not win:

Oh may position himself as a “common-sense centrist” – he is certainly not the furthest right candidate on the ballot in the 8th this November (that would be Corey Stewart) – but he is very out of touch when it comes to gun safety.

Responding to a survey from the National Association for Gun Rights, Oh answered “yes” to a number of questions where “no” clearly would have been in line with the values of the District, including:

“Do you oppose restrictions on the manufacture, importation, sale, purchase, and possession of rifles, shotguns, handguns, magazines, firearms components, and firearms accessories?”

“Do you support legislation to fully remove firearms suppressors from regulation under the National Firearms Act of 1934 and Gun Control Act of 1968?”

“Do you oppose so-called ‘no-fly, no-buy’ legislation that would allow Second Amendment rights of law-abiding American citizens to be stripped without due process?”

Interestingly, Oh chose not to answer the question, “Do you support legislation to repeal the so-called Federal ‘gun-free school zones’ act, which was struck down by the U.S. Supreme Court in 1995 but which Congress re-passed in 2002?”

According to a June poll by Quinnipiac University, when Virginia registered voters were asked if they supported or opposed stricter gun laws in the United States, 60 percent supported them, while 35 percent were opposed. Considering how progressive the 8th District is on issues like this, the number in favor of stricter gun laws is likely even higher here. Oh is simply a bad fit for this community, especially through the lens of gun safety.

This concludes Volume X of our 2018 Flip-a-District Friday series. Stay tuned for weekly updates as we track the key races in Virginia that will determine the balance of power in Congress.

Yes, it sucks to have to trade away such a horrible person as Viktor Bout (not "Blount"), but what other options were there? Bottom line: if former VA LG Bolling (R) were president, he'd leave Brittney Griner to rot in a Russian penal colony indefinitely. https://bluevirginia.us/2022/12/thursday-news-un-environment-chief-warns-of-a-biodiversity-apocalypse-unlike-in-us-peru-immediately-arrests-removes-coup-plotting-president-it-looks-like-the-supreme-court-will-not-blow-up-o#comment-6060525406

Hey @JenKiggans, since you FALSELY blamed President Biden for "high gas prices," you're now totally going to give him CREDIT for low gas prices, right? Because we know you always operate in good faith and are never dishonest! LOL https://bluevirginia.us/2022/12/thursday-news-un-environment-chief-warns-of-a-biodiversity-apocalypse-unlike-in-us-peru-immediately-arrests-removes-coup-plotting-president-it-looks-like-the-supreme-court-will-not-blow-up-o#comment-6060515351