See below for video of former Federal prosecutor and 2017 Virginia Lt. Governor candidate Gene Rossi talking about the accusations against Brett Kavanaugh and what should happen next. Great stuff as usual by Gene Rossi!

“The process is terrible. When you have an allegation like this…the first thing you do as a prosecutor or a person on the Senate Judiciary Committee is you have at least two or three FBI agents assigned to that case that interview the…alleged victim, the alleged accused, any witness including Mr. Judge, and you do due diligence to find out if there’s any corroboration, anybody who was also at the party. It is a travesty, an absolute travesty, that they are not doing an investigation before Dr. Christine Ford testifies and before Brett Kavanaugh testifies…Why in the world would a professor, married, with children, in her 50s, make up a story out of whole cloth to take down a Supreme Court nominee?…This had to be a traumatic event…You have to investigate that allegation…We’re talking about a political event to appoint a judge for life. The burden of proof at the Senate hearing is not beyond a reasonable doubt, it’s beyond public acceptance and the public should not accept a justice on the Supreme Court with this allegation hanging over his head. Period...You know why we’re rushing into judgment? Because on November 6 of this year, the Democrats are going to take back the House and likely take back the Senate. There is going to be a not a blue wave, a blue tsunami. And Mitch McConnell and the other white males on the Senate Judiciary Committee…this is the battle royale, they got to get it done now. If they push it back a few weeks he won’t be confirmed…Who has the most motive here to lie? Brett Kavanaugh.” 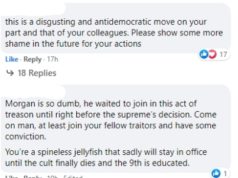 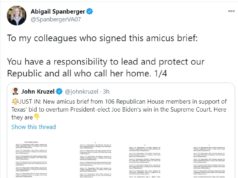 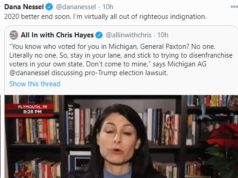 Thursday News: “Earth Is Still Sailing Into Climate Chaos, Report Says, but Its Course Could Shift”; “When the pandemic is over, will we have...