RICHMOND, VA — Today, dozens of Virginia activists, legislators, and community leaders rallied in support of a “Green New Deal” for Virginia. Building off of new momentum on Capitol Hill for action from Congress and from the states, Virginia activists discussed their own version of the “Green New Deal” in the Commonwealth, in the form of a House Resolution that was recently introduced in the Virginia General Assembly.

Momentum for a “Green New Deal” at the national level has reached a fever pitch, with overwhelming bipartisan support for the idea across the country. Delegate Sam Rasoul (D-11) recently introduced a resolution for a “Green New Deal Virginia,” which promotes a “just transition” to a 100% clean energy economy with large-scale investments in efficiency and jobs. Never before has such a sweeping vision been put forward to address climate, energy, and equity in the Virginia legislature.

“Virginia has the opportunity to become a leader in renewable energy and transition away from fossil fuels,” said Delegate Elizabeth Guzman (D-31). “As a mother, I know this is the most important work we must do in order to fight climate change and protect the planet for all of our children and grandchildren.”

“We at the CCAN Action Fund are fighting for an equitable energy future where dirty fossil fuels are phased out and Virginia is powered by 100% clean energy. It’s time for the people of Virginia to write the rules, not energy monopolies like Dominion,” said Harrison Wallace, Virginia Director of the CCAN Action Fund.

“You cannot separate social, economic, and environmental justice issues,” said Delegate Sam Rasoul. “Virginia has the opportunity to make major strides in eliminating poverty and ensuring prosperity in the Commonwealth by creating tens of thousands of good paying jobs in clean energy.”

“The VSC NAACP is proud to be a part of the Green New Deal Virginia. Communities of color historically have had disproportionately less access to jobs and wealth creation opportunities in the energy sector and polluting facilities are far too often sited in communities of color,” said President Kevin Chandler, VSC NAACP, when the coalition was first announced. “We are pleased that the plan includes a sharp focus on eliminating poverty in Virginia by promoting large investments in renewable energy, tens of thousands of high paying green jobs, clean air and water and local-scale agriculture.”

This coalition is breaking down silos around economic, environmental, and social justice issues which impact our Commonwealth and seeks to be the most diverse coalition for justice in Virginia.

Policy themes of the Virginia Green New Deal include:

CCAN Action Fund is the advocacy arm of the Chesapeake Climate Action Network, the oldest and largest grassroots organization dedicated exclusively to raising awareness about the impacts and solutions associated with global warming in the Chesapeake Bay region. For 16 years, CCAN has been at the center of the fight for clean energy and wise climate policy in Maryland, Virginia, and Washington, D.C. 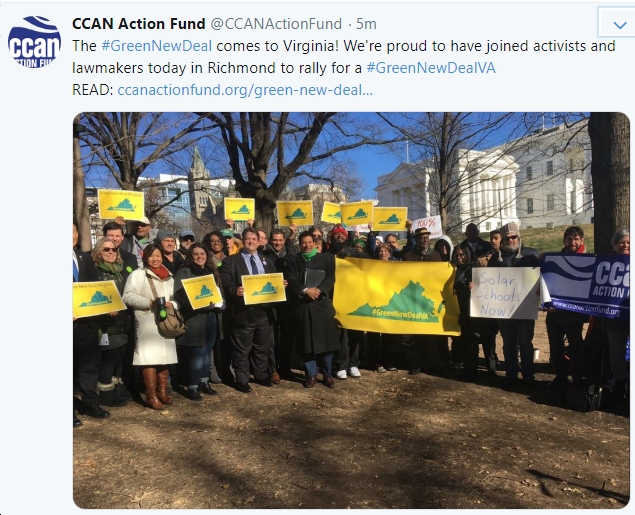 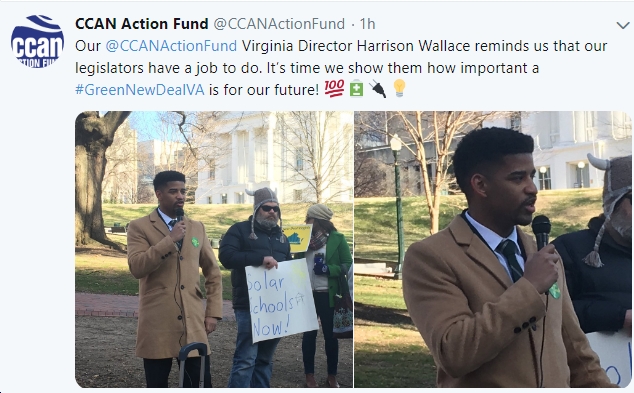 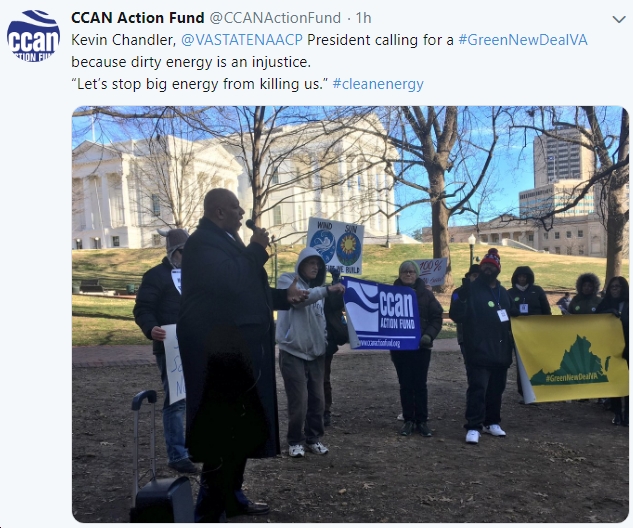 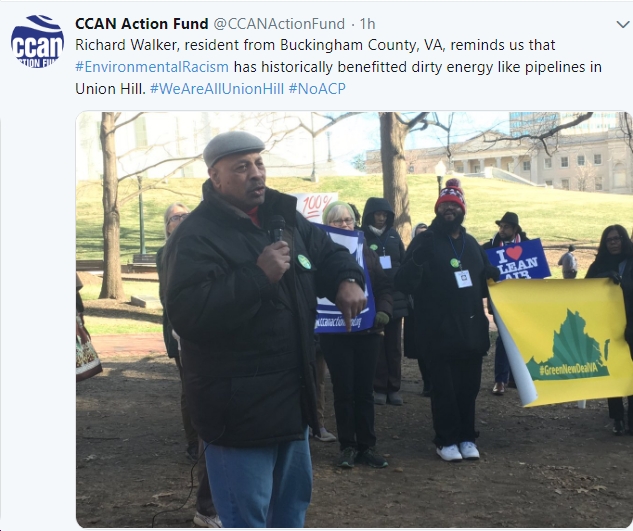 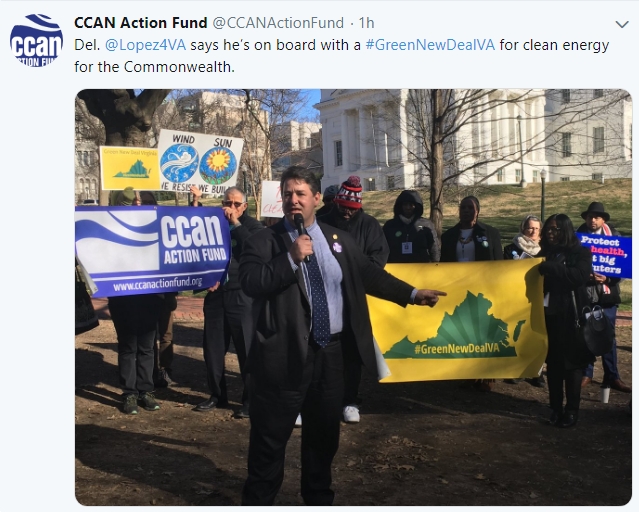 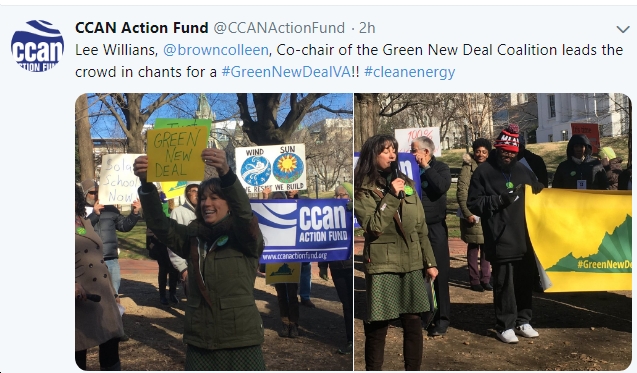 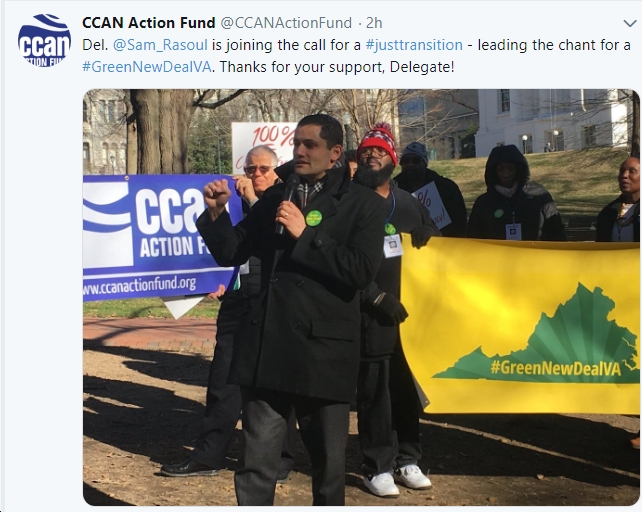