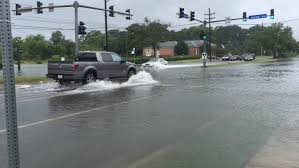 The Republicans in the State Senate appear poised to pass a terrible, truly indefensible bill.

I am calling on every right-thinking Virginian: call your state Senator and tell them that if they support that bill, you will work to replace them in this fall’s election.

The bill (HB 2611) is indefensible because it is profoundly anti-human-welfare and anti-democracy.

It is anti-human-welfare because it blocks Virginia from taking responsible action, along with other states, to meet the challenge of climate change.

(Specifically, the bill would block the Governor from having Virginia join the Regional Greenhouse Gas Initiative (RGGI). RGGI is a market-based approach to reducing greenhouse gas emissions from power plants. Through RGGI, the current nine member states have grown their economies while reducing emissions significantly. Here’s a more detailed description of RGGI.)

The importance of our meeting that challenge has become so clear, that more than 70% of Americans now recognize it, and the great majority of them say they’re worried about what this destabilization of our climate bodes for our future.

We can see that future descending upon us with

The scientists are doing everything but stand on their heads to get us to take appropriate action in what they consider a planetary emergency.

Do these Virginia Republicans in the Senate really think they know more than the scientists? More likely, they’re just doing the bidding of their fossil fuel masters. (And we now know that the fossil fuel companies have long understood that the consumption of their product was posing a threat to the human future.)

(I’m running to replace Mark Obenshain, who seems to take pride in his obstructive role in preventing Virginia from acting responsibly on climate change. And it does not seem to me a coincidence that he gets support from the Koch Brothers and from energy companies like Dominion Energy, who can count on him to protect their interests, regardless of the damage his service to them does to the people he represents, the state he’s supposed to serve, and indeed to the whole planet and human civilization.)

The bill is indefensible also for the attack it represents on the basic principles of American democracy. The system our founders gave us rests on the proposition that ultimately it is the voice of the people that should rule.

But this bill will require a 2/3 vote in BOTH Houses of the General Assembly to remove the shackles the Republicans are trying to place on Virginia. Requiring a 2/3 vote in both Houses means that the Republicans need only have one vote more than a third of the seats in either house to have complete veto power over any change.

Even if the people of Virginia reject this disastrous course that these Republicans are trying to put us on, and vote a great many of them out of office, it’s hard to imagine that even widespread public rejection of the Republicans would drive them below a third of the seats in both houses.

This deliberate theft from the people of the power to choose a better course shows clearly the Republicans’ contempt for American democratic principles and indifference to the people they represent.

Rather than respect the “consent of the governed,” these Republicans are themselves consenting to the greed of the fossil fuel companies.

(This measure cheats “the governed” even at the level of dollars in people’s pockets: the experience in other states who are participating in RGGI shows that overall, this program—which the Republicans are trying to prevent Virginia from joining – results in consumers paying lower prices for their power.)

But that also means lower profits for companies like Dominion, that powerful, supposedly regulated corporation that it appears the Republicans are really representing.

A bill that hurts the people – robs them now, and robs our children and grandchildren in the future, all to feed the greed of these fossil fuel companies – and that attacks the basic values of American democracy.

If being an accomplice to actions such as that doesn’t mean that a Senator should be replaced, I don’t know what would.

If injuring the future of humankind and turning government “by the people” into government by greedy corporations aren’t evidence of evil, I don’t know what would be.

So I request all citizens of Virginia – Democrats and Republicans alike – to call their Senators on Monday and tell them that their casting a vote in favor of this measure will galvanize you to work hard to replace them in this fall’s election.

And one more request: please forward this message to other people you know in any part of Virginia represented in the Senate by a Republican, and suggest they make similar calls to their own Senators.

The measure passed out of committee on a party-line vote. In this nearly evenly-divided Senate, all we need is to get one Republican Senator to switch from yes to no on this appalling measure. Then, with the tie broken by the Lieutenant Governor, this bill – which betrays Virginia and Virginians — will die.