According to Dominion Energy’s 2018 Integrated Resource Plan, the company’s electricity generation mix consists of 3,637 megawatts of coal-fired power plants (19.5% of the company’s total Virginia generating capacity). The problem is that, aside from being carbon-spewing/polluting monstrosities, they are also increasingly non-competitive with clean energy.

How non-competitive? A brand-new study by Energy Innovation and Vibrant Clean Energy makes it glaringly clear. First, here’s the top-line summary (bolding added by me for emphasis):

America has officially entered the “coal cost crossover” – where existing coal is increasingly more expensive than cleaner alternatives. Today, local wind and solar could replace approximately 74 percent of the U.S. coal fleet at an immediate savings to customers. By 2025, this number grows to 86 percent of the coal fleet.

This analysis complements existing research into the costs of clean energy undercutting coal costs, by focusing on which coal plants could be replaced locally (within 35 miles of the existing coal plant) at a saving.

It suggests local decision-makers should consider plans for a smooth shut-down of these old plants— assessing their options for reliable replacement of that electricity, as well as financial options for communities dependent on those plants.

Ultimately, this report begins a longer conversation about the most cost-effective replacement for coal, which may include combinations of local or remote wind, solar, transmission, storage, and demand response.

In short, from an economic point of view – not even taking into account its horrendous environmental “negative externalities,” existing coal-fired power plants are toast, or should be shortly.

See below for severa maps and a graph, and focus in on Virginia. Note that Virginia has over 4 gigawatts (4,000 megawatts) of existing coal-fired power plant capacity substantially at-risk from an economic point of view by 2025. That’s basically Virginia’s entire existing fleet of coal-fired power plants. Also note that Virginia has access to highly competitive offshore wind and utility-scale solar power resources that can replace that coal at a cheaper price AND without the climate-killing greenhouse gas emissions.

By the way, it’s not specifically in the study, but I bet that if you did this same analysis for natural gas-fired power plants, you’d find something similar, just a few years further out. Also not in this study is energy efficiency, which of course remains the cheapest form of energy (“negawatts,” the power you never have to produce in the first place), but one which Dominion Energy desperately does *not* want to invest in, because it cuts power demand, ergo the company’s profits. But bottom line: as much as Dominion Energy resists the inexorable economics of clean energy, it will lose in the end. The only question is how long it can hold back the rising oceans – literally and metaphorically – before it caves to reality. 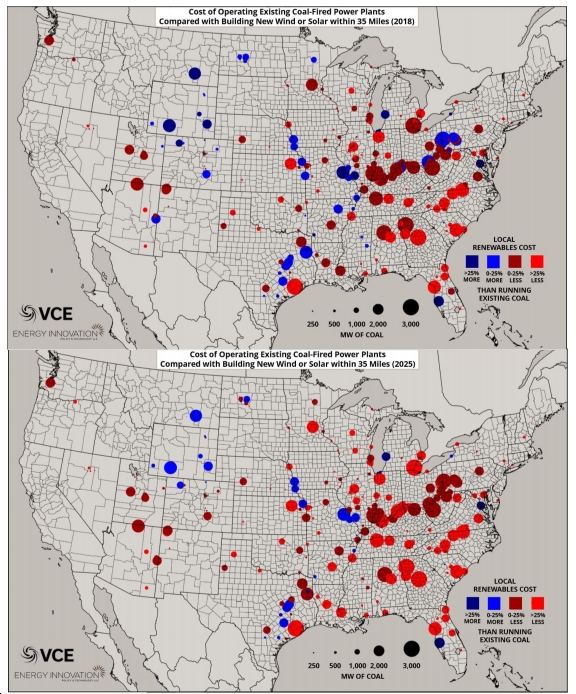 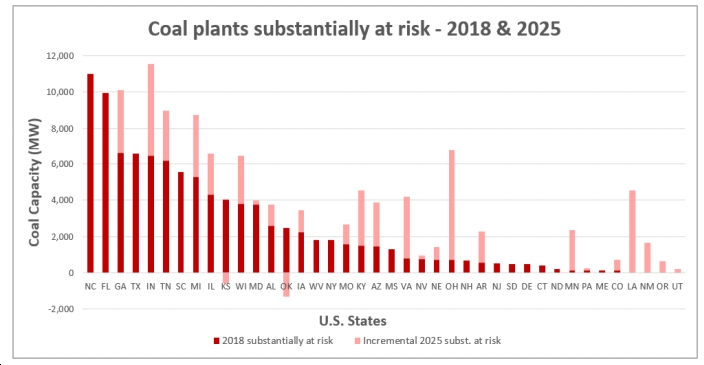 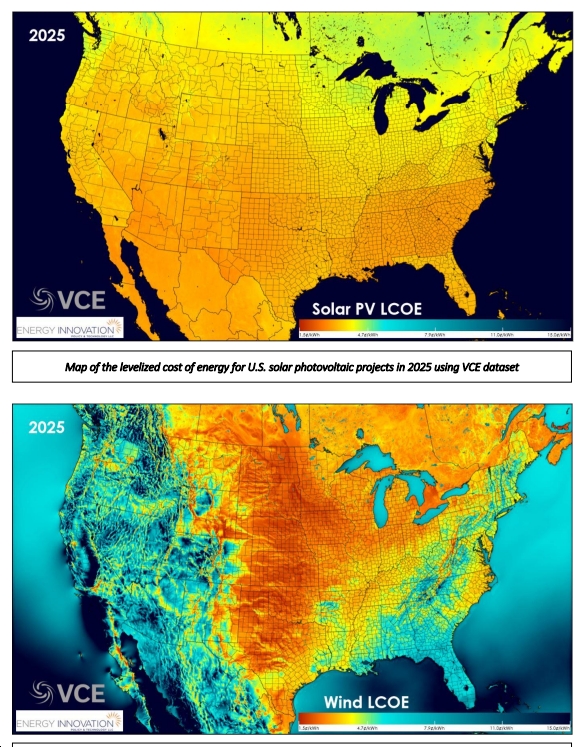