Yesterday, Dominion Energy delivered a presentation at its “Investor day general session.” Below, see a few slides that jumped out at me, with my comments, followed by the entire presentation. (BTW, on this same topic, check out Duke Energy Needs ‘Plan B’ If Atlantic Coast Pipeline Fails, CEO Says)

First off, note the propaganda on the gigantic, fracked-gas Atlantic Coast Pipeline (ACP), which Dominion Energy laughably claims shows a “clear and compelling customer need.” Note that Dominion is conveniently omitting several crucial points here: 1) the company hasn’t made a serious (or even semi-serious) effort to maximize energy efficiency, which of course is the cleanest/cheapest form of energy; 2) that’s not accidental, of course, as Dominion makes money not by SAVING energy but by building more and more energy infrastructure, for which it is rewarded handsomely; 3) as for Dominion’s claim that there’s a need for more natural gas infrastructure, let alone a “clear and compelling” need, that is completely laughable; 4) in fact, this is a classic case of corrupt “self-dealing”; as Ivy Main lays out here, “In the case of the ACP, Dominion Energy and its partners manufactured the need by making their own affiliates the customers of the pipeline”; 5) as Ivy Main also notes, a “report from Oil Change International concludes the U.S. is currently building unneeded fracked-gas pipelines as a result of FERC’s regulatory failures, including its failure to police self-dealing,” and that the “result will be excess pipeline capacity, paid for by regulated utility customers.” So yeah, Dominion Energy is L-Y-I-N-G when it claims there’s a “clear and compelling customer need” for its (ahem, highly profitable) Atlantic Coast Pipeline. 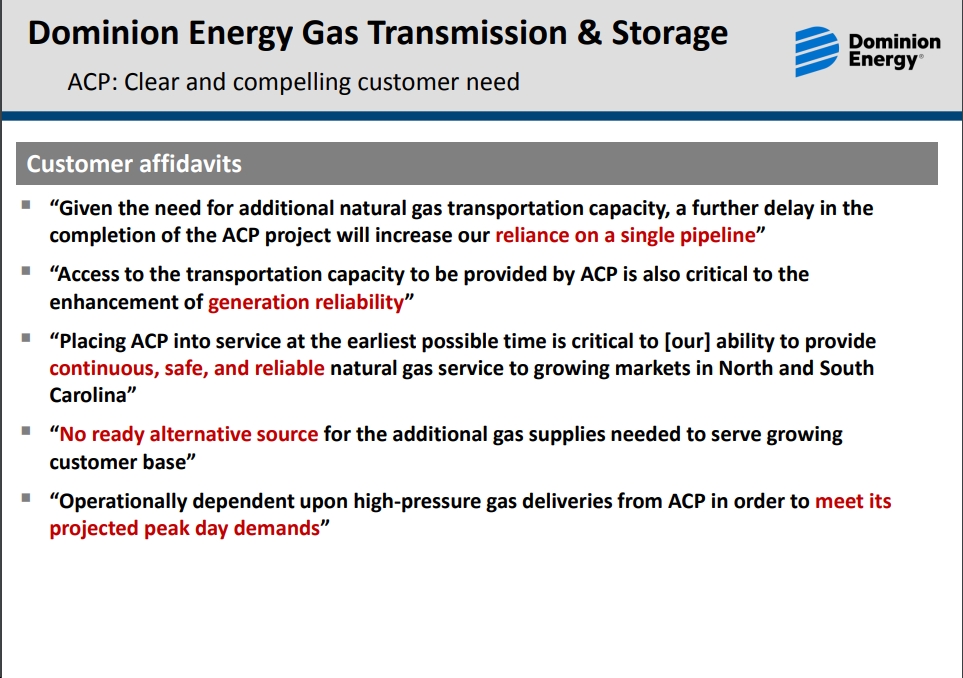 Dominion gives us its projected timeline for completion of the (absurd, unneeded, massively polluting and economically nonsensical) ACP. According to Dominion, a Supreme Court order regarding the Appalachian Trail Crossing is expected “by end of Q2 2020,” with full construction recommencing “soon thereafter” and “full in-service” by “late 2021.” The cost of this monstrosity? Try $7.25-$7.75 BILLION – again, for a completely unneeded, uneconomical and polluting pipeline – compared to the initial $4.5-$5 billion cost when it was first announced (note: see here for more on this boondoggle). Do you know how much energy efficiency, solar and wind you could buy with $4.5-$5 billion? How about $7.25-$7.75 billion? Given that those are far less expensive options than new natural gas pipelines, let’s just leave it for the moment at “a shit-ton.” 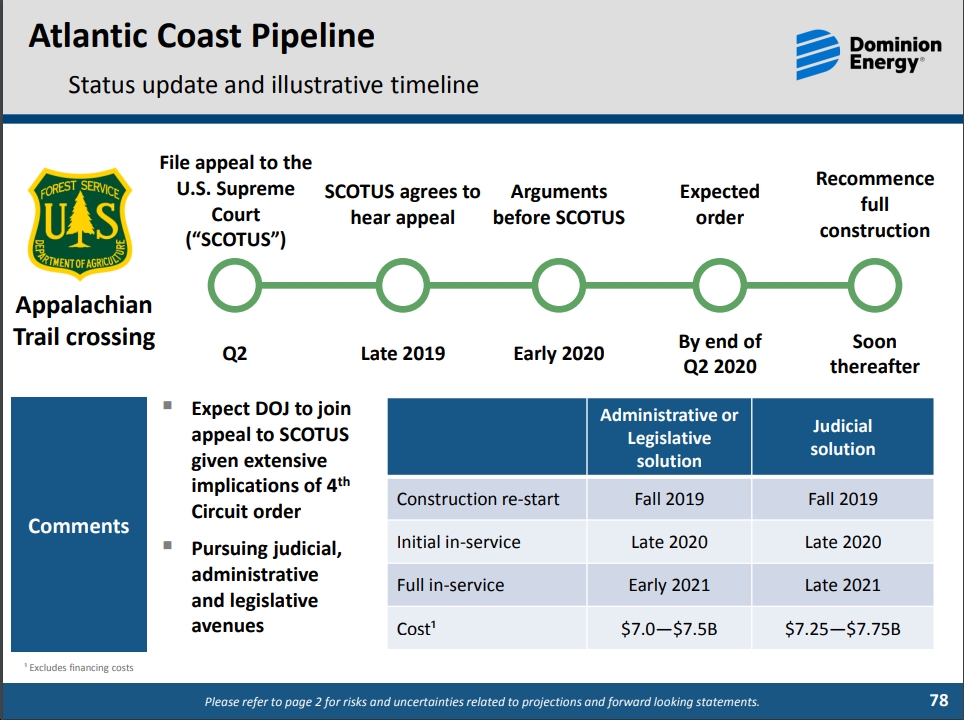 On the “biological opinion,” Dominion expects an order around 90 days after oral arguments on May 9, with “recommende at least partial construction” “by end of Q3.” Note how Dominion attempts to minimize the impacts on endangered species – and on the environment more broadly – of its dirty, destructive, unneeded pipeline. But yeah, that’s “Dominion Energy: Global Warming Starts Here” for ya. 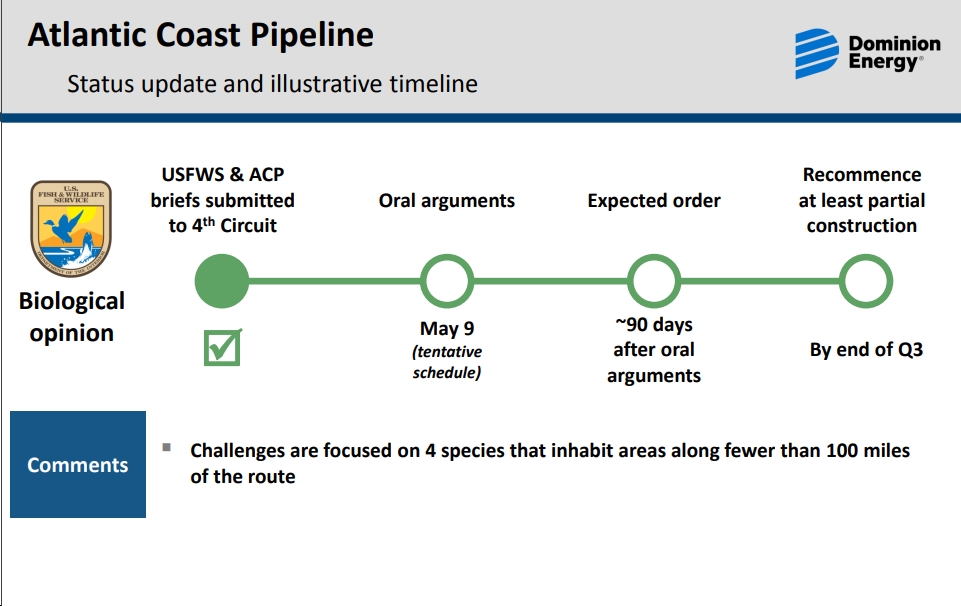 The following graphic is another attempt at “greenwashing” by Dirty Dominion. In fact, the Atlantic Coast Pipeline “would be responsible for nearly 68 million metric tons of climate pollution annually, equivalent to 20 coal plants or 14 million vehicles on the road.” Let me repeat that: building the ACP is the equivalent of building 20 new coal-fired power plants or putting 14 million vehicles on the road. Yet, according to Dominion, it’s all about “de-carbonization?” Riiiiight.  And, of course, mentioning carbon without talking about methane, a highly potent greenhouse gas released during the fracking process, is completely absurd. Finally, again, note that Dominion doesn’t mention energy efficiency, solar or wind – none of which emit ANY greenhouse gases. Wonder why that is, huh? 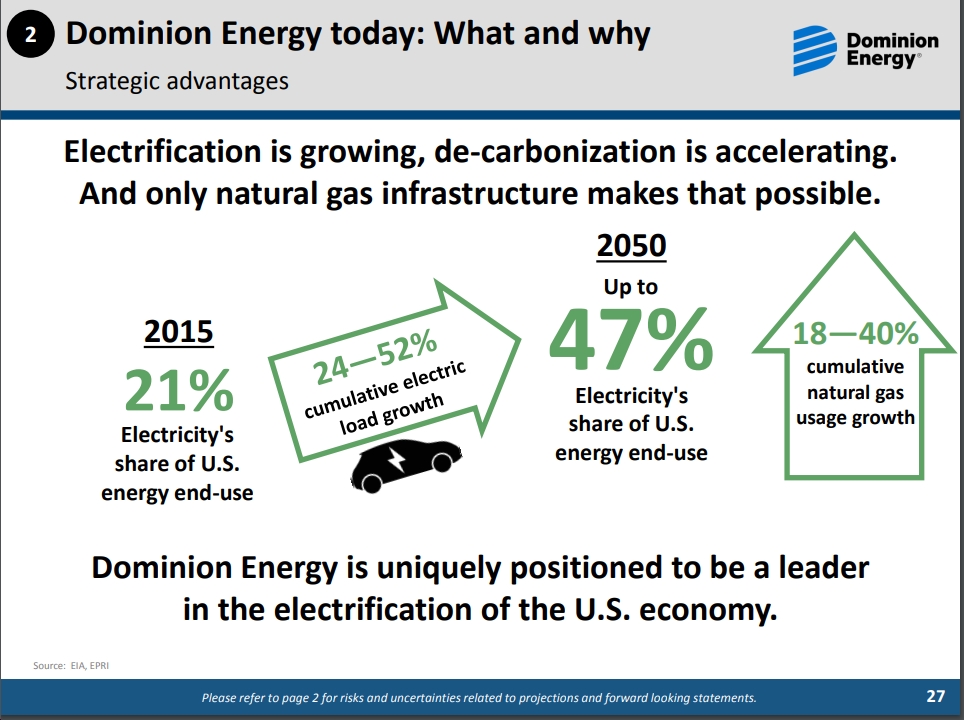 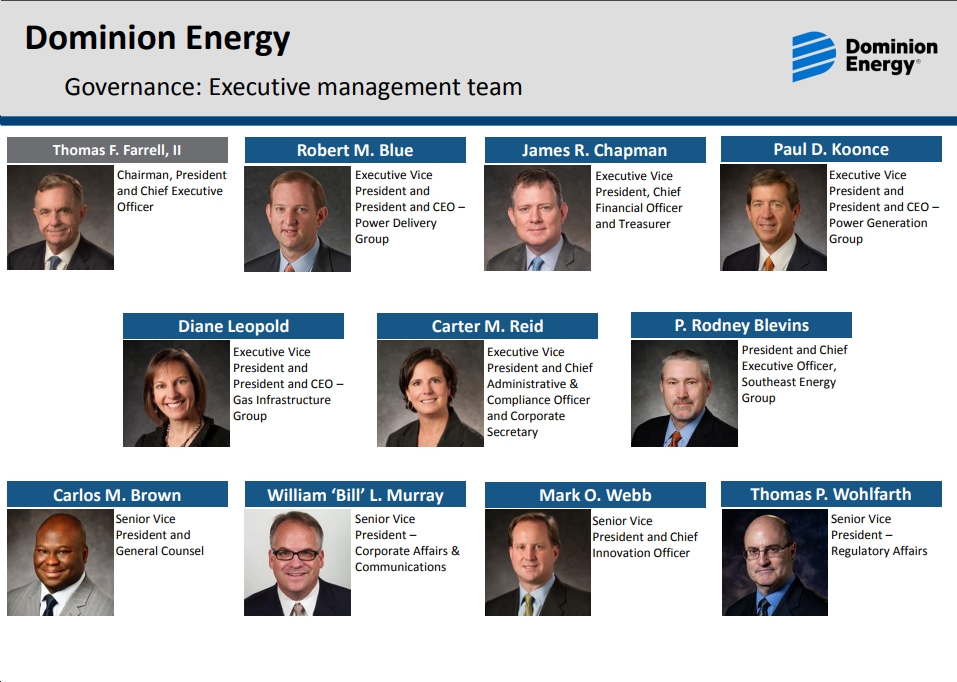 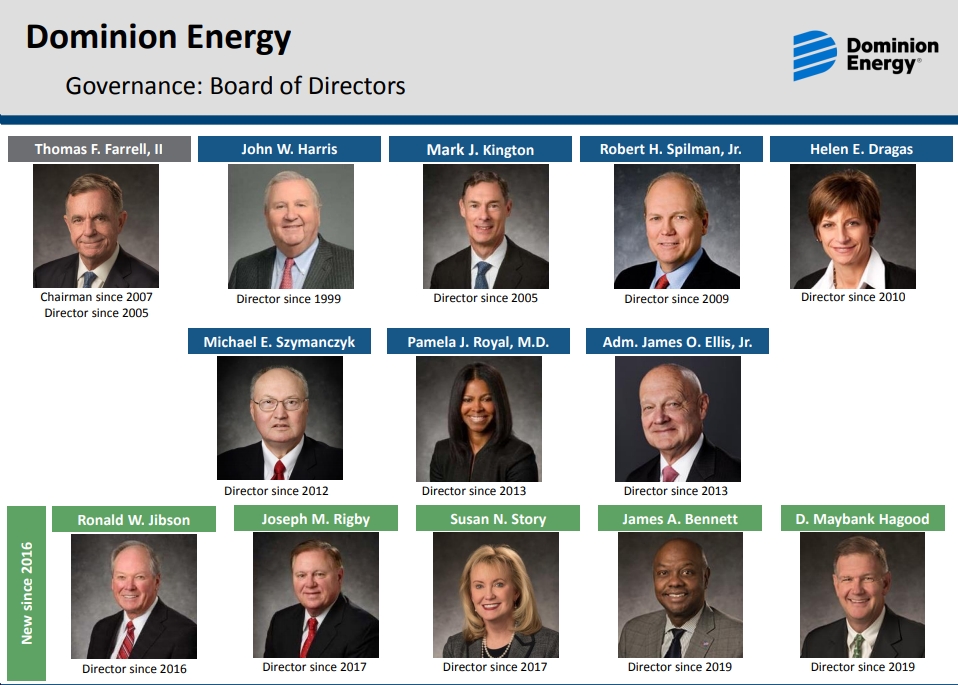 More corporate propaganda, just to show the nonsense Dominion is spewing out there. 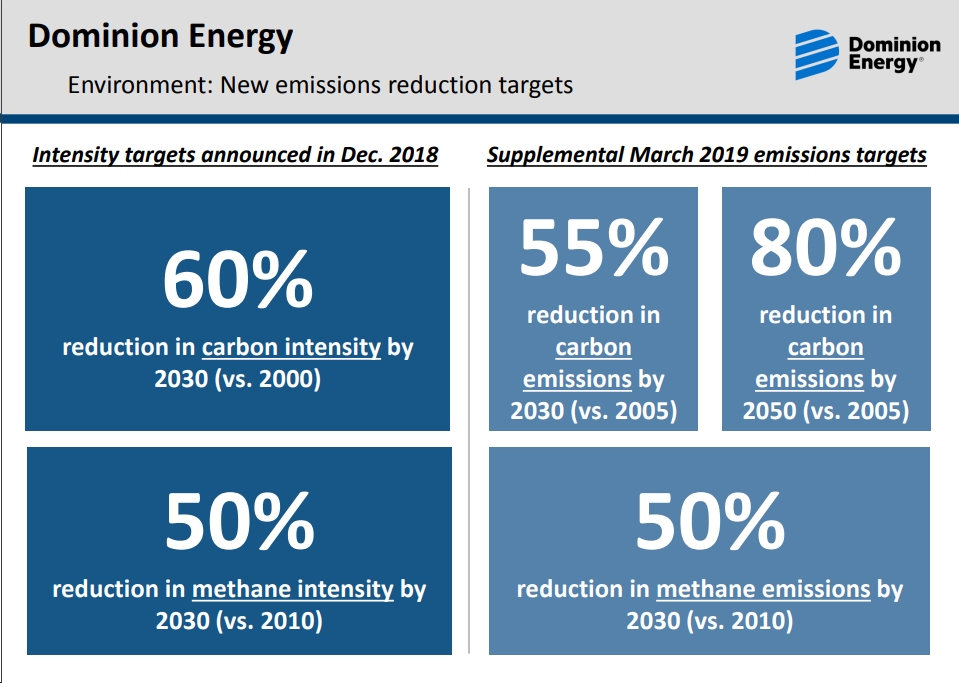 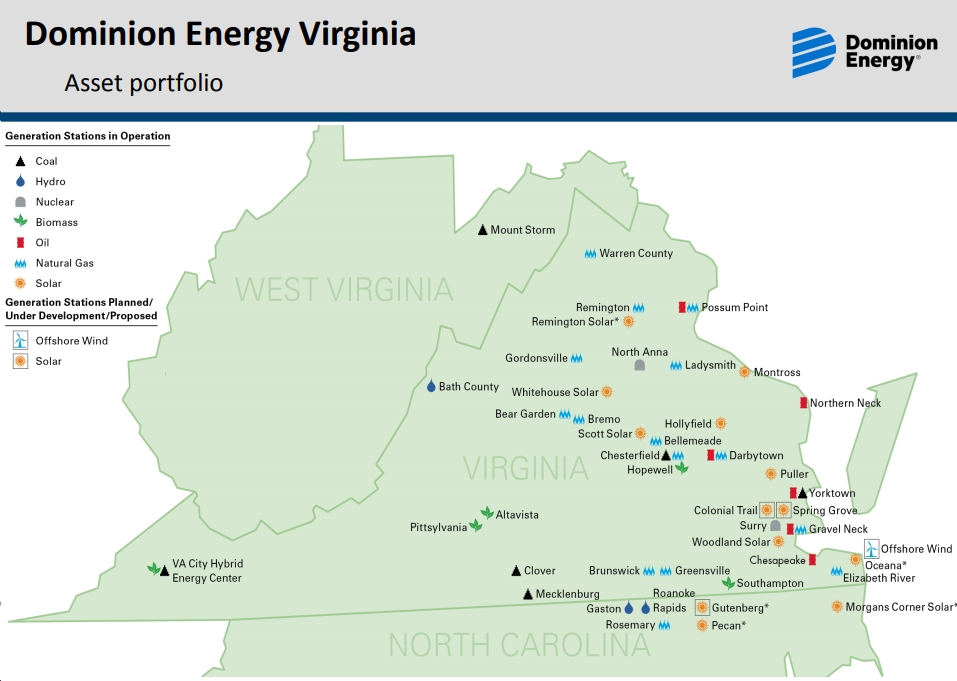 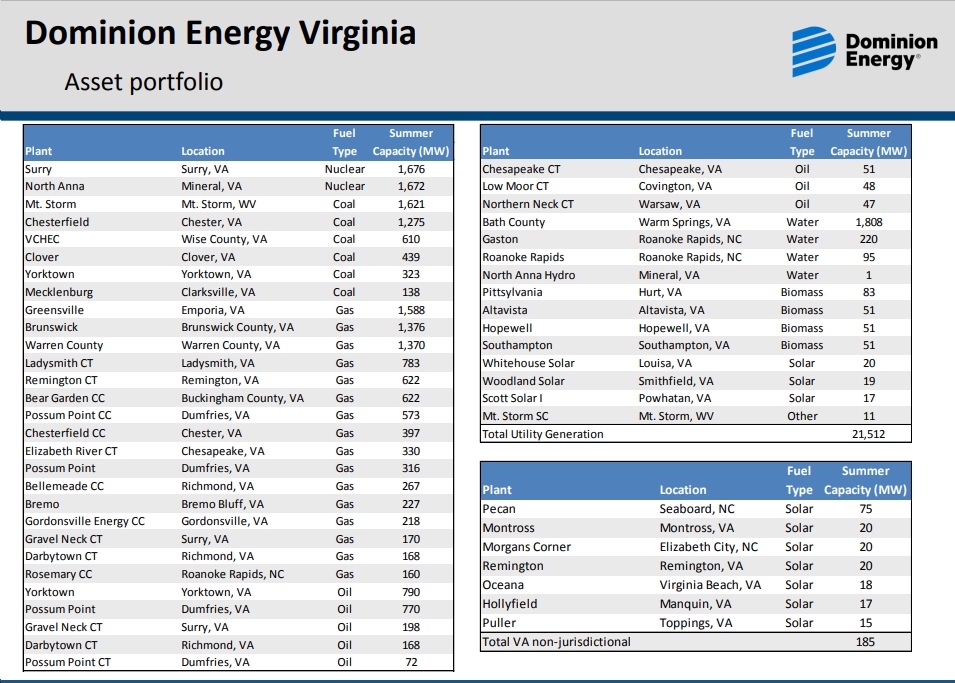 Also note that Dominion is a sprawling company with energy infrastructure – heavily fossil fuels – all over the country, not just here in Virginia. 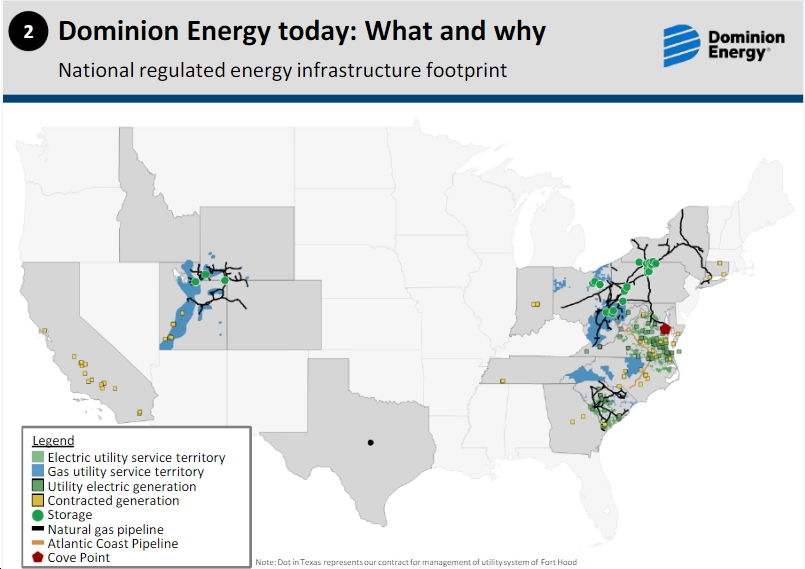