A new report by the Robert Wood Johnson Foundation and the University of Wisconsin Population Health Institute has some interesting – and in many ways troubling – findings regarding health rankings in Virginia. See below the map for some highlights. 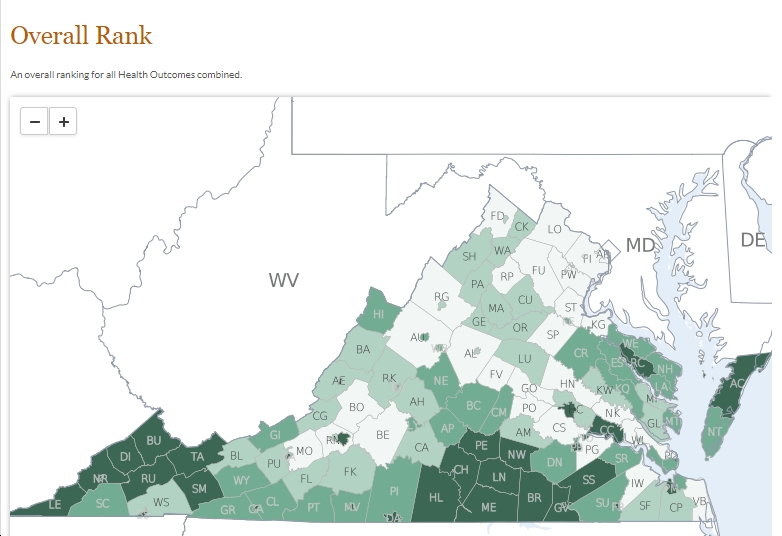 Add all these up, and you get the aggregate results – and the huge disparities – reported. Looking at the map, you can see it clearly: the worst health outcomes are in some of the poorest parts of Virginia – far Southwestern Virginia and Southside – while the best health outcomes are in the wealthier areas, such as Northern Virginia. There are also disparities based on race and ethnicity, as noted above. The question is, what are we going to do to rectify this situation? For starters, I’d argue for moving to a a system of universal healthcare coverage. I’d also argue for shifting policies in ways that encourage healthier diets and development patterns, among other things.  We also need to work to make the air and water cleaner, and to reduce gun violence, among other things. Note that Republicans have basically nothing to contribute – in fact, quite the contrary – in any of those areas, which means that if you care about any of this stuff, you should most certainly be voting Democratic up and down the ballot, every election…