See below for video and comments by several Fairfax County School Board candidates and others in support of filing an amicus brief in the former Gloucester County transgender student Gavin Grimm. Good for everyone who spoke in support. As Amber Beichler of Equality Loudoun pointed out, “This is a very important court decision that could affect how school districts regulate bathroom use for transgender students.” And as School Board candidate Karl Frisch put it:

A good evening at the school board where several speakers supported LGBTQ-inclusive English materials, Gavin Grimm, and FCPS’ writing an Amicus brief in Gavin’s case (supported by all of the Democratic incumbents). He is such a hero in this community. There were at least twenty-five supporters in the audience, only eight opponents, and two opposition speakers. We also stood for the parents of special needs students speaking about seclusion and restraint. It was nice to see several candidates there this evening, including Supervisor candidate Shyamali Hauth, and school board candidates Rachna Sizemore Heizer, Jung Byun, Karl Vincent Frisch, Ricardy Anderson, Jessica Swanson and Laura Jane Cohen.

MY PUBLIC COMMENT AS PREPARED FOR LAST NIGHT’S SCHOOL BOARD MEETING:

Good evening to our school board and staff. My name is Karl Frisch. I live in Providence District with my partner who has been a teacher in Fairfax County Public Schools for thirteen years.

I join others in applauding this school board’s decision to move forward with an Amicus brief in support of Gavin Grimm’s case against the Gloucester County School Board.

Amicus briefs are submitted to the court by Amicus Curiae which is Latin for “friend of the court.” That translation is apropos this evening. When Gavin Grimm faced discrimination at his school, he needed more friends on his school board.

Such a move would be a clear declaration that this school board believes transgender and non-binary people are deserving of the same dignity, respect, and rights as anyone else and that they should be FULLY-integrated in our school community.

Let me be clear. Mr. Grimm’s case is an important one. If he is successful, it could require all school systems to accommodate trans kids. If he is not successful, that shouldn’t stop this school board from doing the right thing.

Trans boys and trans girls are no different than any other children. They should be treated equally by the Fairfax County School Board in all aspects of their lives. Anything less would be a betrayal to the principles of equity and opportunity that we say we want for all students.

At the school board meeting last night in support of FCPS Pride and the Gavin Grimm brief and my fellow warrior advocates from Fairfax County SEPTA speaking out against restraint and seclusion and for better supports for twice exceptional kids. And for autism awareness, incredibly important right now to ensure we provide a safe and positive learning environment for ALL our kids, where kids are not inappropriately restrained or secluded and provided positive behavior intervention supports to help reduce and manage behaviors. It’s why I and others have been asking for over a year for more behavior interventionists in our schools. Went from there to the Dranesville Dems meeting to speak about my vision for a strengths focused, equitable, and consistent education for all our kids.

From Amber Beichler of Equality Loudoun:

Last night I spoke to the Fairfax School Board, thanking them for moving forward with an Amicus brief in support of Gavin Grimm. This is a very important court decision that could affect how school districts regulate bathroom use for transgender students. However, the school board is capable of establishing and implementing those regulations NOW. When thinking about who you’re going to vote for to the school board this year, be sure to ask which candidates will support and respect the needs of transgender students. 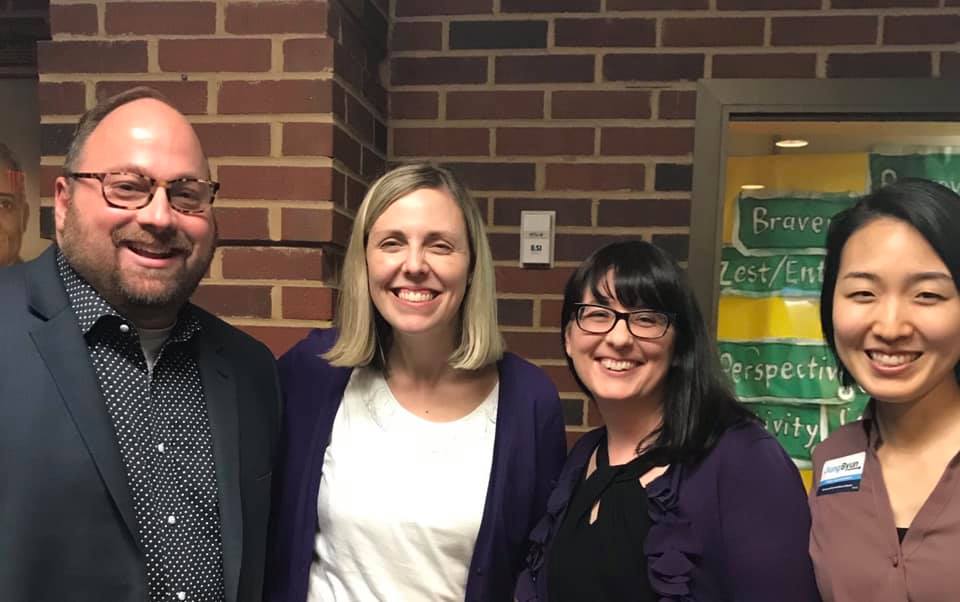 Video: Republican Party of Virginia Prays for Trump (Seriously – LOL), Votes on Whether to Go With Primary or Convention in 2021 https://bluevirginia.us/2020/12/video-republican-party-of-virginia-prays-for-trump-seriously-lol-votes-on-whether-to-go-with-primary-or-convention-in-2021 via @bluevirginia