As far as I’m aware, the following event with State Sen. Dave Marsden (D-SD37) this coming Sunday will be the first campaign event Gov. Northam will have attended since the “blackface” scandal broke on February 1. Seems noteworthy, and possibly connected to the fact that polling shows Northam to be popular among Virginia Democrats (62%-29% in the new Wason Center poll), while only 29% of Democrats say he should resign. Also note that Democrats really could use the governor to be out and about raising money, helping candidates, etc. as we head into crucial legislative elections this November. For Democrats to take back the House of Delegates and State Senate, it seems to me that we’re going to need to bring our “A game,” and that traditionally has included the governor — whether Mark Warner, Tim Kaine, Terry McAuliffe or…possibly even scandal-tarnished Ralph Northam? 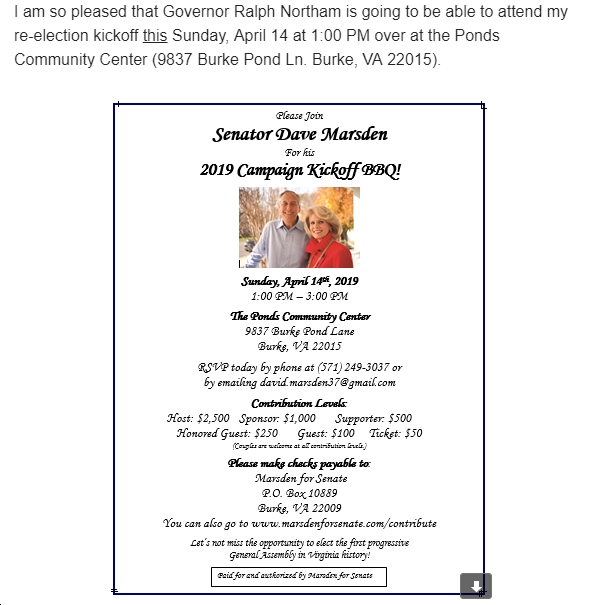