Today, Virginia political analyst Chaz Nuttycombe turns his attention to  HD-21 (91% Virginia Beach, 9% Chesapeake; 56% Northam district, but only 49%-45% Clinton), where incumbent Del. Kelly Fowler (D) is being challenged by former Virginia Beach Councilwoman Shannon Kane. According to Chaz, this district currently rates as “Lean D,” but could potentially end up going to “Likely D” or falling back to “Tilt D.” As Chaz says, for Republicans to make this district competitive, they need a top-notch candidate, preferably a person of color, but instead they got only “a decent candidate.” So we’ll see what happens, but no doubt, we need to hold this district, so do whatever you can to help Del. Kelly Fowler!

P.S. I checked out Kane’s issues page, and…yep, she’s a cookie-cutter, stereotypical right winger, from abortion (“I was disgusted by the House Democrats’ legislation for abortions at the moment of delivery. As a mother and a woman, I can’t imagine politicians or anyone for that matter supporting abortions at birth.”) to guns (“I’m a gun owner and I vigorously support the Second Amendment and defend our right to keep and bear arms.”) to immigration (“Those in the country illegally, either through illegal border crossings or overstaying visas, don’t have the rights of citizens and shouldn’t. The federal government has a Constitutional duty to enforce the nation’s borders.”) to climate change (not a single word about it in her issues page section on “Funding to Stop Flooding”). No, thanks! 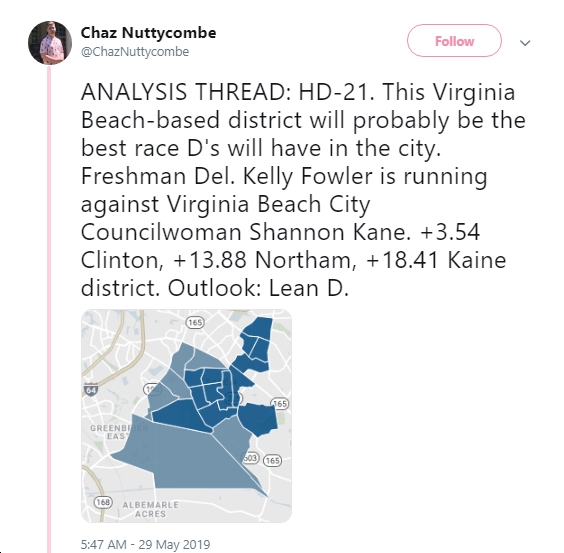 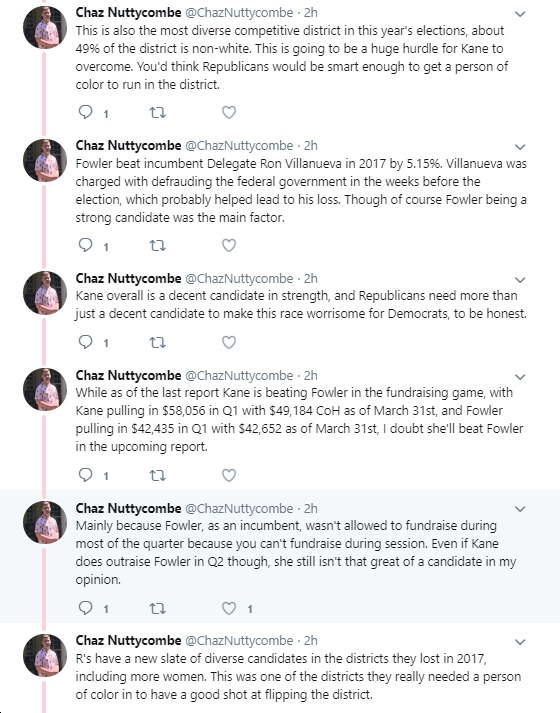