His birthday celebration apparently now over, Chaz Nuttycombe is back at work, with his ongoing, excellent analysis of key Virginia General Assembly districts. Today it’s HD-91 (Hampton City, York County, Poquoson City; 54% Northam district), where it’s an open seat in a 20-point-more Democratic district than in the old, racially “packed” map. So yeah, Democrats should definitely be able to pick this one up in November – Chaz currently has it as “Lean D” – with our nominee being either Hampton School Board member Martha Mugler or 2017 HD-91 Democratic nominee Michael Wade.

As for the Republican nominee, Colleen Holmes Holcomb, she seems to be a standard-issue, hard-right Republican: actually believes that Democrats favor “euthanizing” (her word) newborn babies, which of course is complete false and completely crazy; believes that life begins at conception, which could lead to the outlawing of various forms of contraception, embryonic stem cell research, and all abortions; is 100% pro-gun, opposing “any legislation that infringes on our rights” (background checks? “red flag” laws?); believes that Medicaid and Medicare are “failed and expensive government-run [healthcare] programs”; believes in gutting environmental, labor and other protections, while supporting Trump’s tax cuts for wealthy individuals and corporations, which she calls “decreas[ing] the taxation and regulation burden”; etc. In short, she’s a hard-right nightmare who is way too extreme for HD-91. Which means that, whether Martha Mugler or Michael Wade wins the Democratic primary on June 11, we need to make damn sure the win in November! 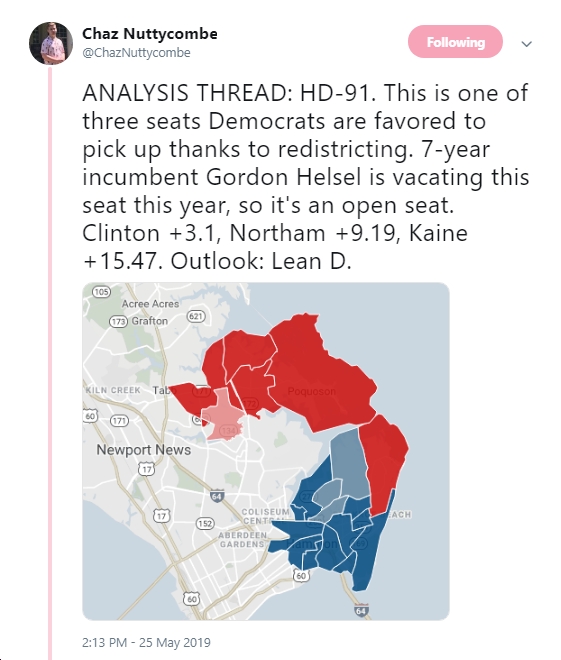 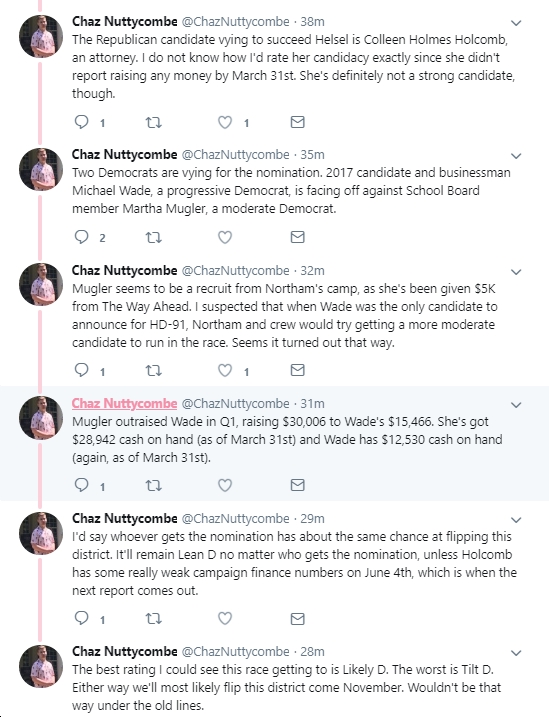