See below for your daily analysis of a different Virginia political district, courtesy of Chaz Nuttycombe. I don’t know about you, but I’ve been learning a lot from this series, and just hope it continues! 🙂  Today, Chaz looks at HD72, represented by Del. Schuyler VanValkenburg, who was first elected in the “blue wave” of November 2017. The district is fairly blue (e.g., Kaine won it 59%-39%; Northam won it 54%-44%), and VanValkenburg is both popular and raising decent money.

As for Del. VanValkenburg’s Republican opponent, GayDonna Vandergriff, I hear she’s a social conservative trying to masquerade as a moderate. It’s hard to prove (or disprove) that, because there’s almost nothing on the “intertubes” about her, and she only seems to have five (5) Twitter followers, one (1) tweet – from back in February – and basically nothing (other than pablum about “common sense solutions within our means, demanding the best use of our tax dollars,” etc.) about the issues on her website or Facebook page. Of course, given how off-the-far-right-deep-end her party’s gone, perhaps the less said the better? Anyway, let’s make sure we help reelect Del. Schuyler VanValkenburg, preferably by a comfortable margin, this November! 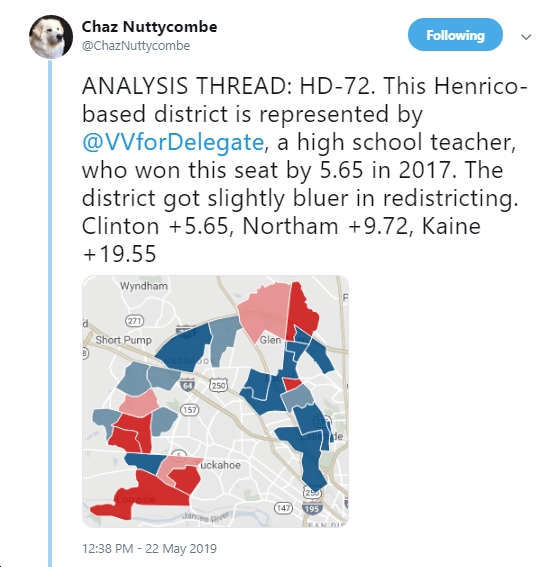 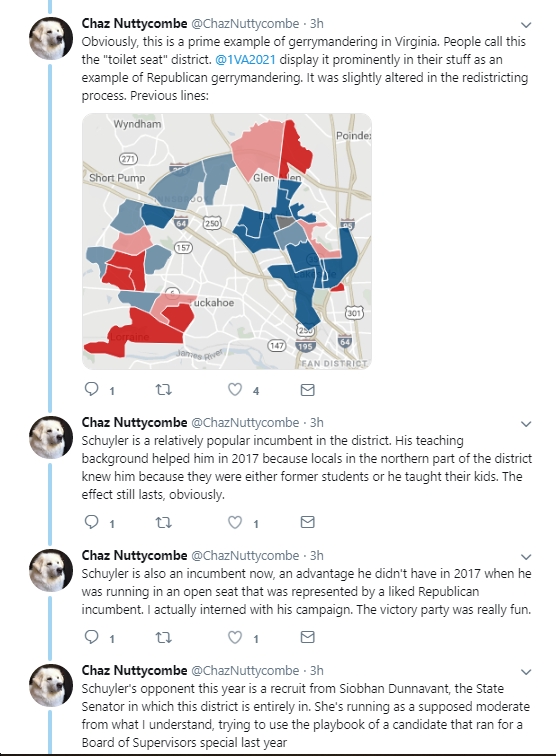 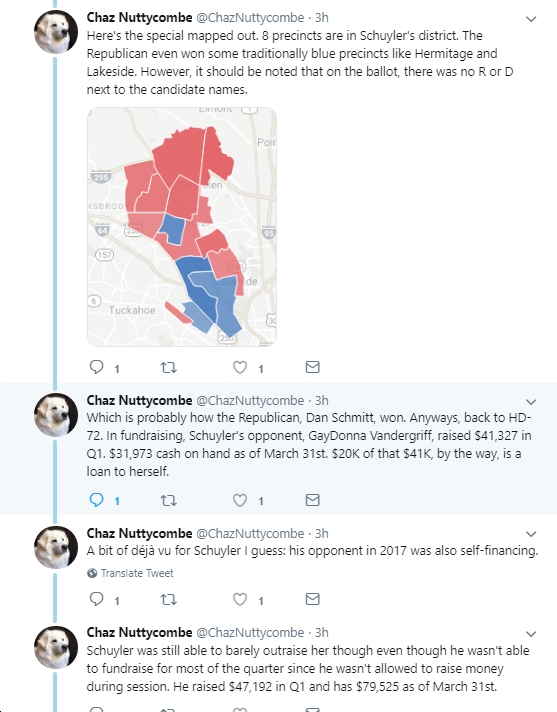