I don’t subscribe to this pro-fracking industry rag, but I love the headline – and what content I can read – of today’s article in the “Marcellus Drilling News.” In short, the “forces of evil” (“the Sierra Club and other radical leftist ‘green’ groups” – seriously, the fracking industry shills actually wrote that drooling idiocy) might achieve a “crushing defeat” over the great folks at Dominion Energy and its oh-so-important, oh-so-profitable (ka-ching!) Atlantic Coast Pipeline fracked-gas-project-from-hell. Just remember, by the way, that former Gov. Terry McAuliffe shilled relentlessly for his masters at Dominion on this slimy boondoggle, and for that reason alone, “the Macker” should not be nominated by Virginia Democrats ever again, for anything, let alone for governor.

By the way, if you want to read more about Dominion’s travails regarding its corrupt, unnecessary, self-dealing monstrosity, see Atlantic Coast pipeline seeks appeal extension from Supreme Court, US Asks Supreme Court for More Time to Appeal Circuit Court Nix of Dominion’s Atlantic Coast Pipeline, etc. Also see the tweets by Brennan Gilmore and David Jonas of Clean Virginia, below the screen shot of the Marcellus Drilling News story, about the corrupt, “impeachment-level ethics breach” connection between AG Bill Barr and Dominion. 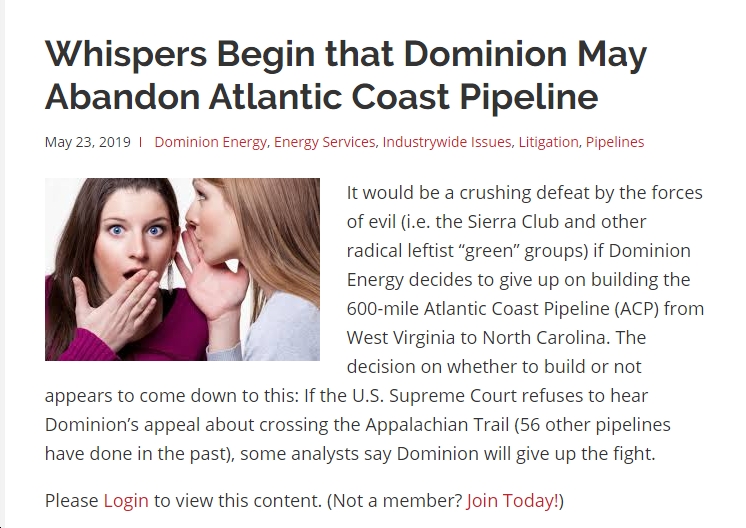 AG Barr spent a decade on @DominionEnergy’s board and held $2.8 million in stock as of December 2018.https://t.co/p39bmIhamx 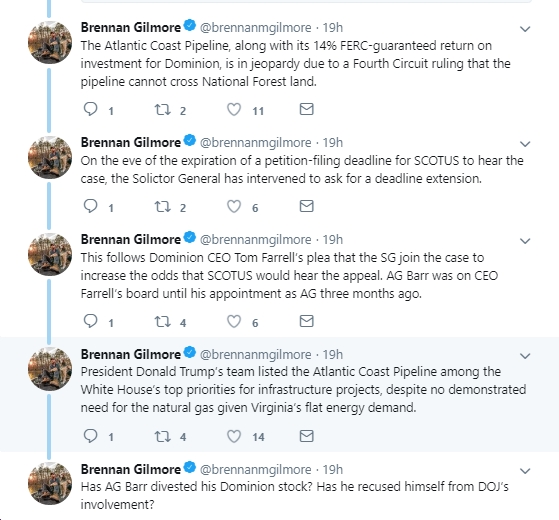 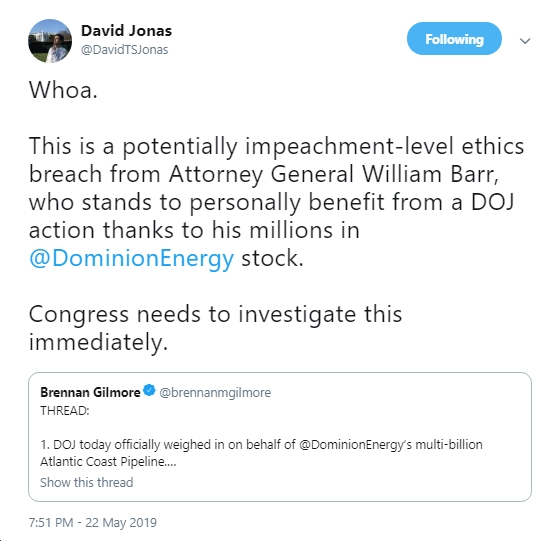