Today, Chaz Nuttycombe examines HD-51 (Prince William County, 55% Northam district), represented since January 2018 by Del. Hala Ayala (D), who defeated long-time Del. Rich Anderson (R) by a 53%-47% margin in the November 2017 “blue wave” election. Now, Ayala’s up for reelection for the first time, in a non-gubernatorial year in which turnout historically has been far, far lower – particularly among Democrats’ younger, more diverse electorate. So this election will be a big test, to see whether anti-Trump energy carries down to House of Delegates elections, when there’s no statewide or federal “top-of-the-ticket” to bring out voters.

As for Chaz’s analysis, I agree with it, other than that Anderson is any kind of a “moderate” (check out his ratings on Project Votes Smart, which are about as right-wing as you can get). I mean, perhaps one could argue that Anderson is relatively less extreme-right-wing than the Dave LaRocks and Dick Blacks of the world, but that’s not saying much. The bottom line is that today, what qualifies as a relatively “moderate” Republican would have been considered far right just 10, 15 years ago.

With that, here’s Chaz’s analysis. And, of course, go Hala Ayala! 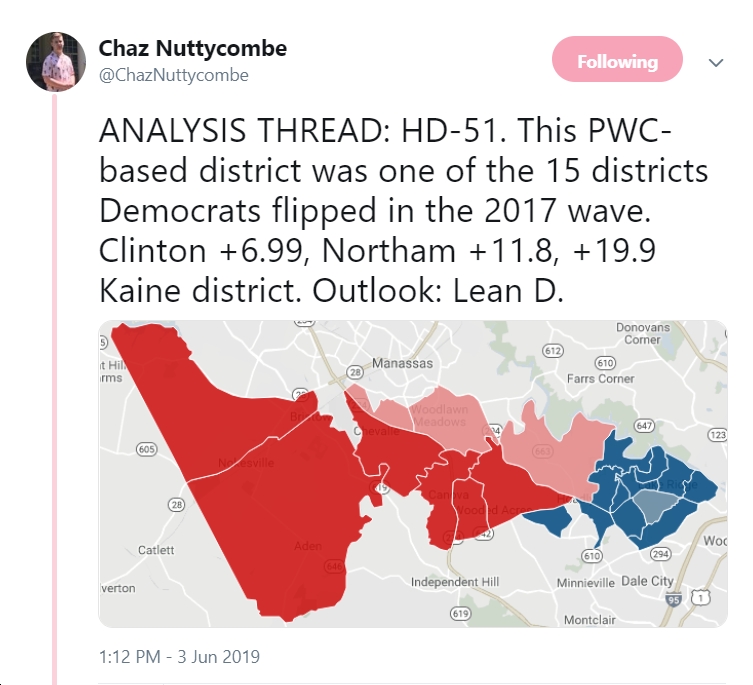 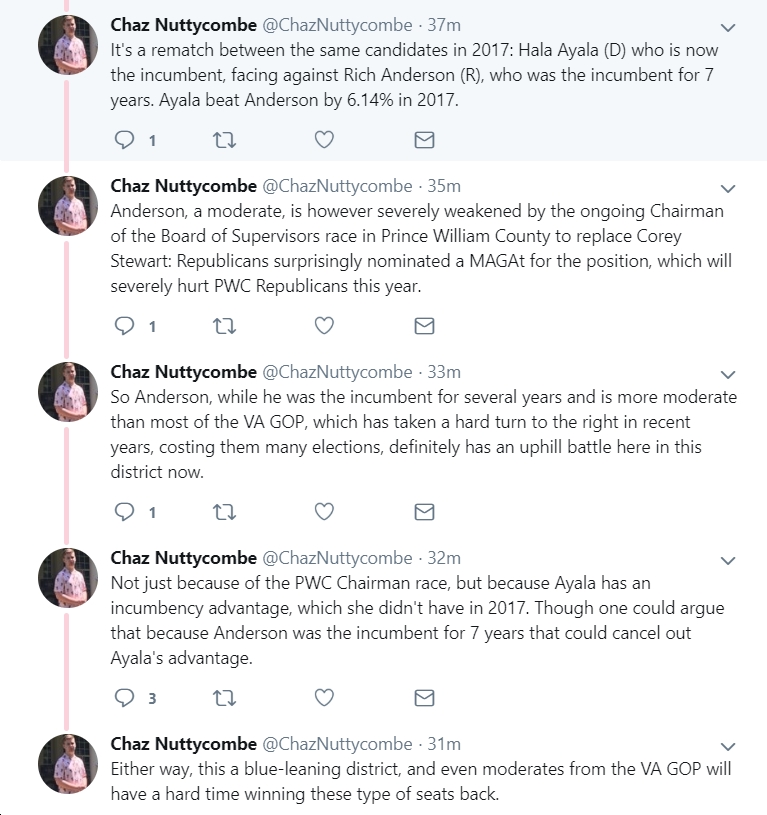