This type of thing (“Amazon just made $75,000 in political donations in Virginia“) is exactly why so many citizens view corporate money in politics as a problem. Sure, there might not be any actual connection and/or corruption involved in Amazon’s deal with Virginia and the $75,000 it just poured into the coffers of major Virginia political players, but I’d say that a reasonable person might at least note the appearance of some sort of “quid pro quo” here. Note that these contributions by Amazon come about four months after Gov. Ralph Northam, “without public ceremony…signed legislation to carry out Virginia’s promises to Amazon for up to $750 million in cash incentives if the company creates 37,850 high-paying jobs at the new headquarters it plans in Arlington County.” 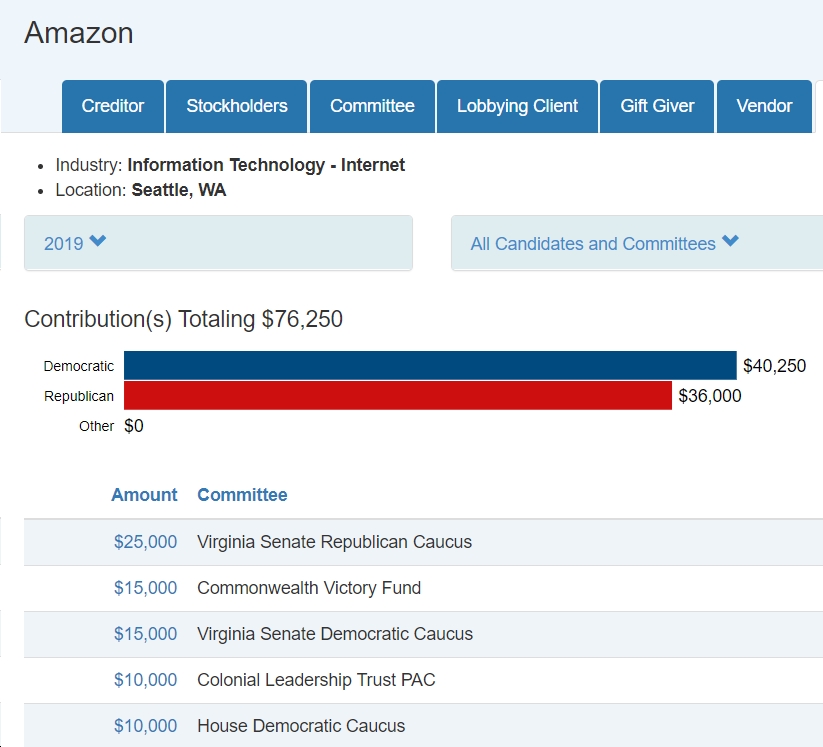