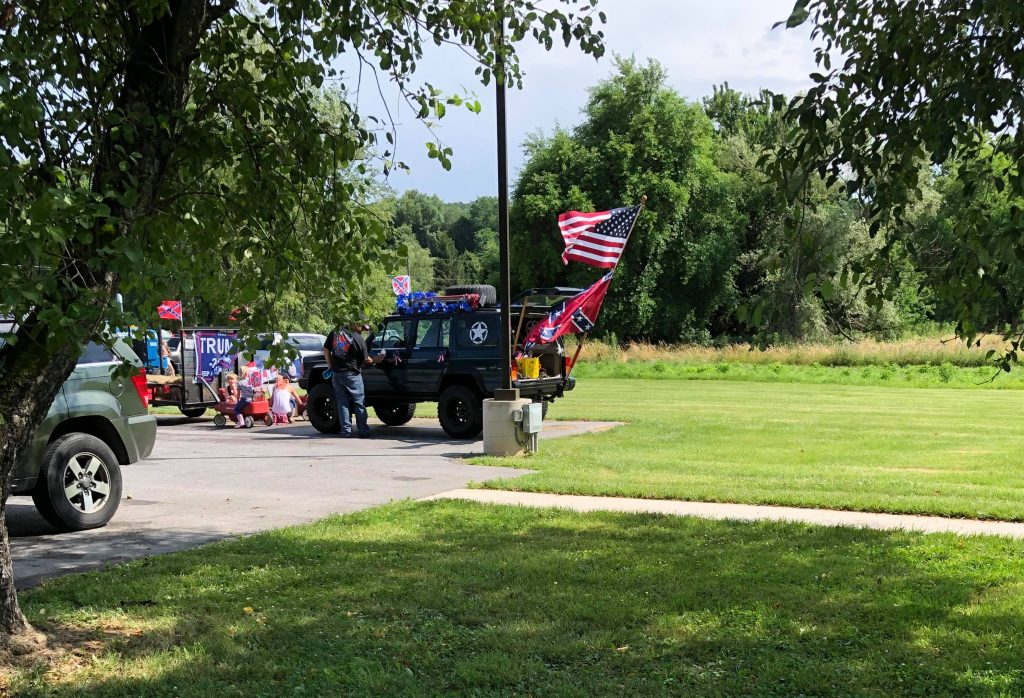 The following is from an eyewitness at today’s parade in Churchville (Augusta County), Virginia.

Families, cheer, and spirit. That’s what you’d hope to find at a small town fireman’s parade.

But unfortunately, one of the main floats at a parade today in Churchville, Virginia was adorned by a giant “Trump 2020” flag. We also spotted numerous (at least 10) Confederate flags. Many small children waved them above their heads as they celebrated the warm summer day and the excitement of the parade. Some children wore Confederate flags in their hair, while one baby was snapped into a onesie with a giant Confederate flag on it.

Confederate flag-adorned participants marching alongside the float “open carried” long rifles and had handguns strapped to to their waist. While we waited for the parade to begin, one of the marchers buffed the paint on his ‘95 Jeep Cherokee that sported an American and Confederate flag hitched to the tail gate, while a mother stood close by chain smoking in front of her young children.

P.S. We saw at least five rifles and three handguns. Also there was a sign that read “education, preservation, honor” on the truck. 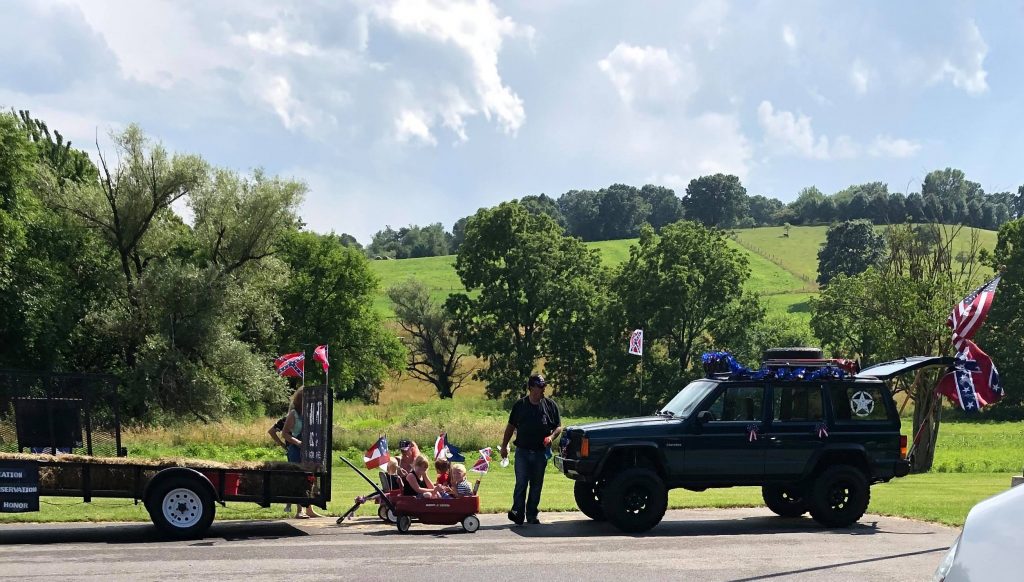 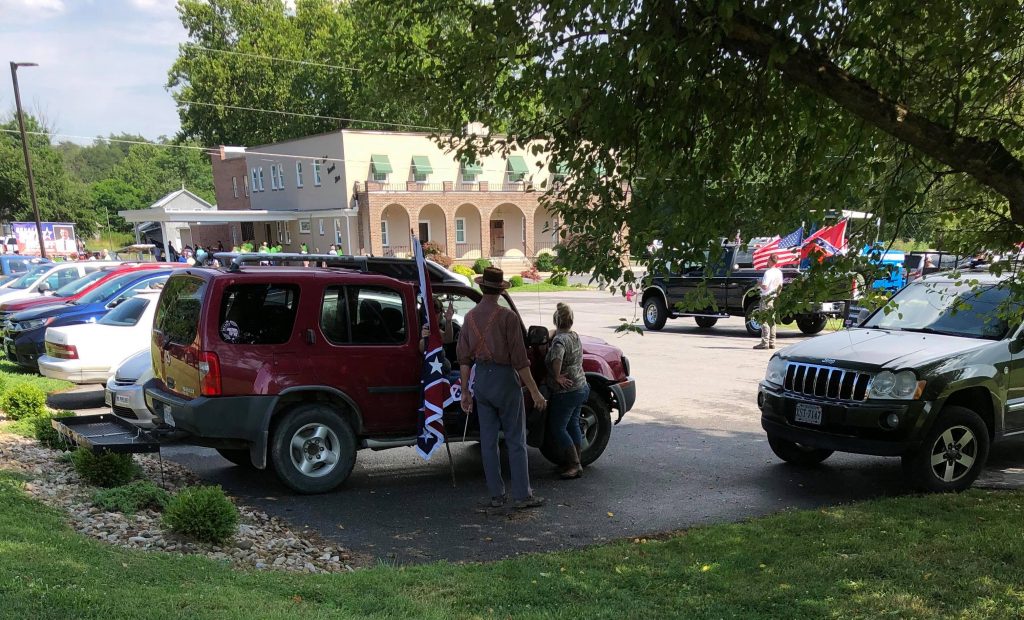 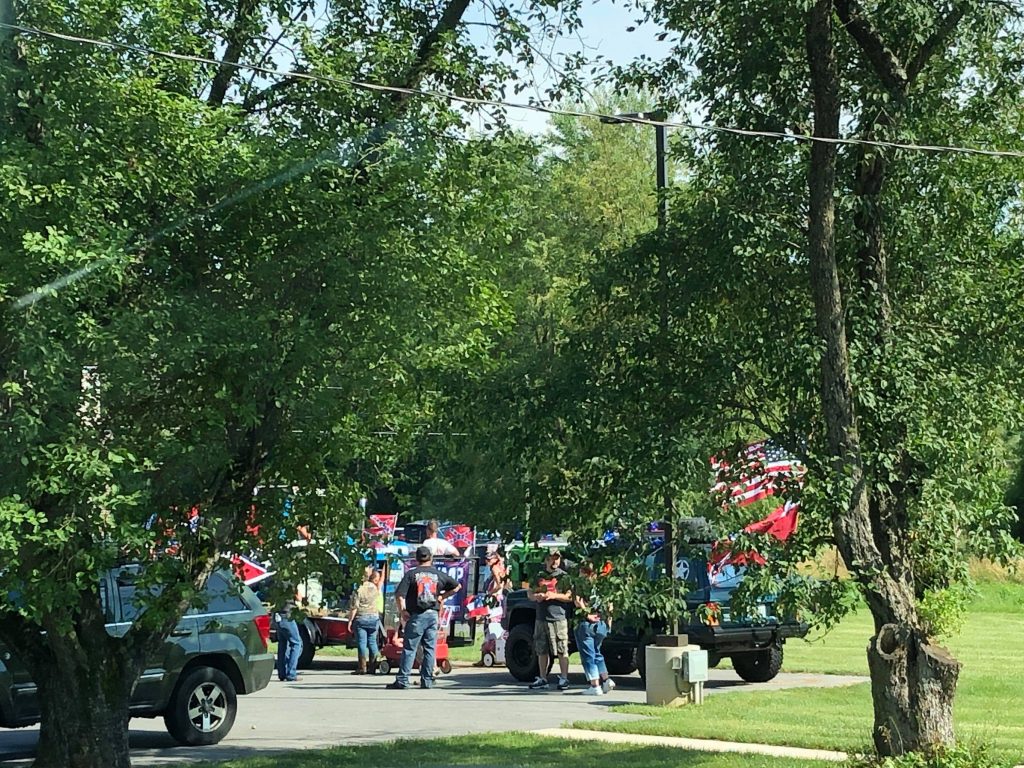