See below for the “First-of-Its-Kind Congressional Convening on Environmental Justice, hosted by Chairman Grijalva, Rep. McEachin and the House Natural Resources Committee.” And for anyone who doesn’t believe that environmental racism is a real thing, see Trump’s EPA Concludes Environmental Racism Is Real (“A new report from the Environmental Protection Agency finds that people of color are much more likely to live near polluters and breathe polluted air—even as the agency seeks to roll back regulations on pollution.”) and Robert Bullard: ‘Environmental justice isn’t just slang, it’s real’ (“The ‘father of environmental justice’ spoke to the Guardian about how the civil rights movement has spilled into environmentalism”). The question, of course, isn’t whether or not environmental racism exists, it’s what to do about it. Good to see the Democratic-controlled U.S. House of Representatives looking into this important subject…

Washington, D.C.- On Wednesday, June 26, 2019, Chairman Raúl M. Grijalva (AZ-03), Congressman A. Donald McEachin (VA-04), and the House Natural Resources Committee will host an all-day Congressional Convening on Environmental Justice to mobilize support for environmental justice and spur legislative action. Throughout the day, policymakers and a broad range of organizations and individuals will participate in panel discussions on a variety of topics, including the history of the environmental justice movement and environmental justice organizations’ current challenges and policy priorities.

WHO:  Congressman A. Donald McEachin (VA-04) 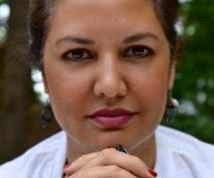 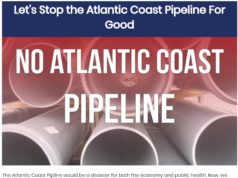 Armed With the Truth “No ACP” Movement Prevails