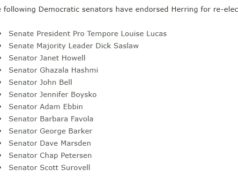 How is Virginia doing compared to other states on #COVID19 vaccinations? Not well at all. https://bluevirginia.us/2021/01/virginias-now-at-15k-covid-19-vaccinations-per-day-at-this-rate-it-will-take-3-years-to-vaccinate-everyone#comment-5231000135

Virginia’s Now At ~15k #COVID19 Vaccinations per Day. At This Rate, It Will Take 3+ Years to Vaccinate Everyone. (We Need To Get to 50k/Day and Beyond.) https://bluevirginia.us/2021/01/virginias-now-at-15k-covid-19-vaccinations-per-day-at-this-rate-it-will-take-3-years-to-vaccinate-everyone