“Freitas’ Legislative Asst/#2 @vahousegop  leader’s Facebook drama on running a write in or trying to overturn the GOP committee’s renomination of Freitas.”

House Majority Leader Todd Gilbert responds, “Oh YOU must be the mastermind behind the scenes who would rather run a write-in campaign than try to get a Republican on the ballot in an otherwise safe district when control of the state government is at stake. Shame on me?”

Heiens then responds to Gilbert, “Who the hell do you think you are telling MY committee what to do and who to run for office?” and “You guys have lost everything time and time again. You think your stupid play will work this time? Give me a freaking break…Nick can and will win a write in campaign. And when he does you’re gonna look like a complete fool.” and “You deserve to be called out for this Todd. What an unbelievably dumb and immoral move you tried to pull. I thought you were better than this…I was wrong.”

And then there’s the key question from Heiens to Gilbert, which Gilbert doesn’t answer: “Did you or did you not try to get the LDC to drop Nick and run with someone else, and then tried to overthrow one of the LDC members when they told you they wouldn’t throw Nick under the bus?”

Fun times…if you’re a Democrat, that is, especially given that Freitas’ flub – failing to get on the ballot because of utter incompetence on his part – could cost Virginia Republicans the House of Delegates, or at least force Freitas to spend a bunch of money trying to hold his seat with a write-in campaign against Democrat Ann Ridgeway. Gotta love it. 🙂 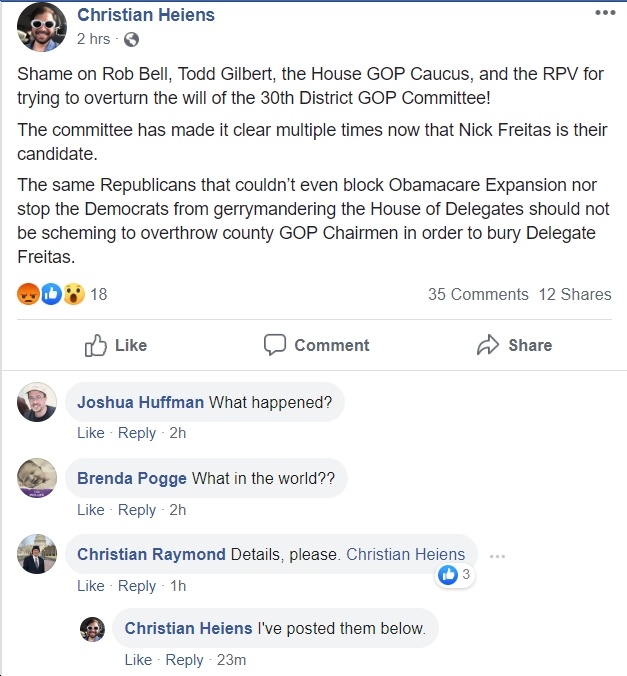 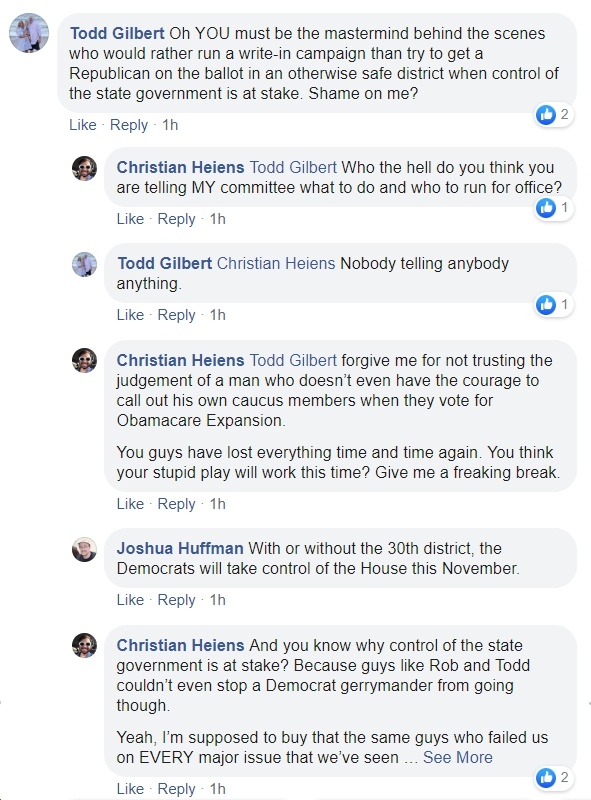 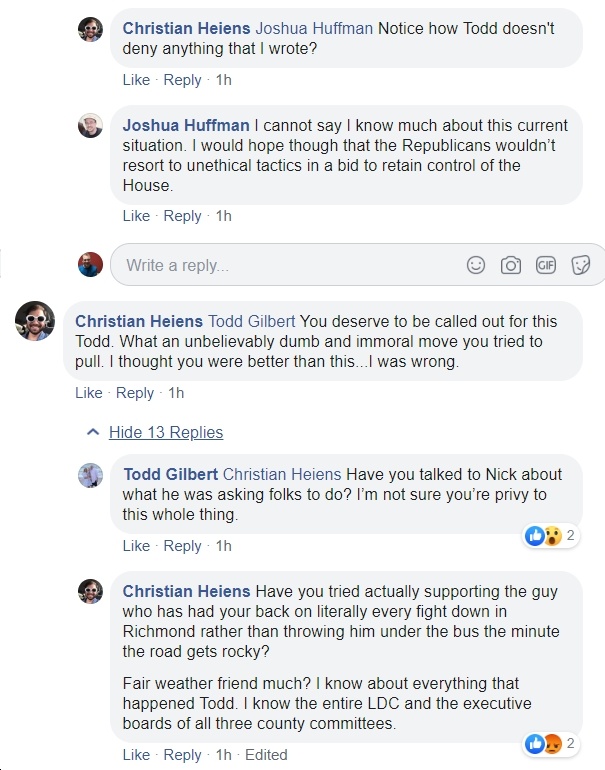 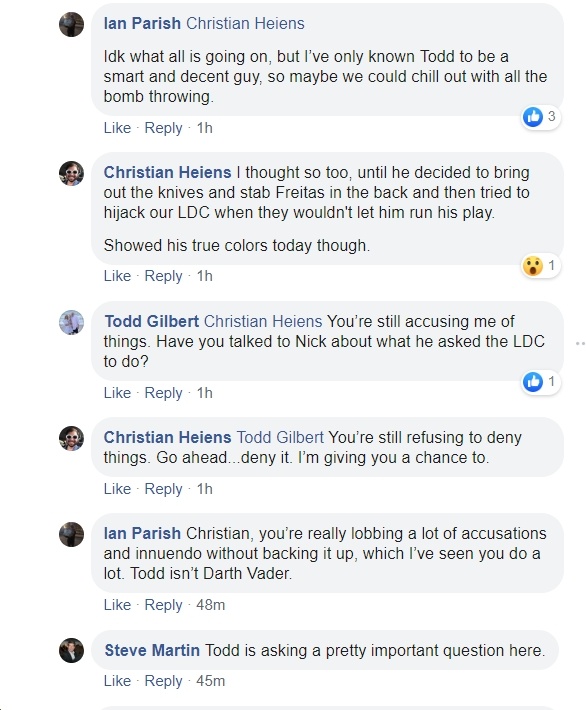 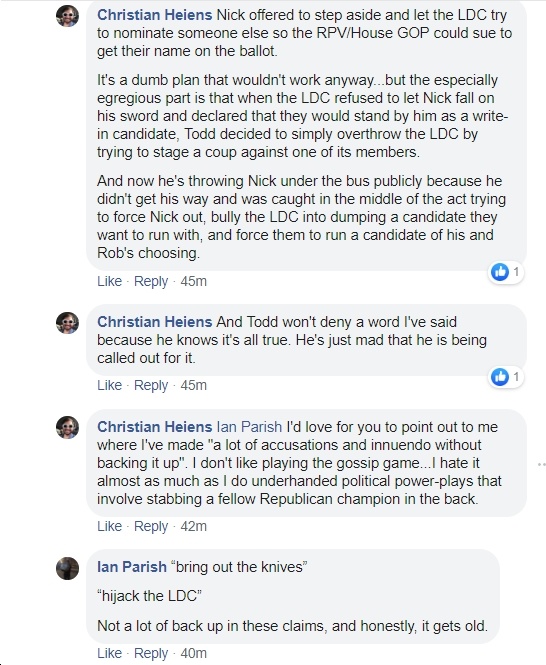 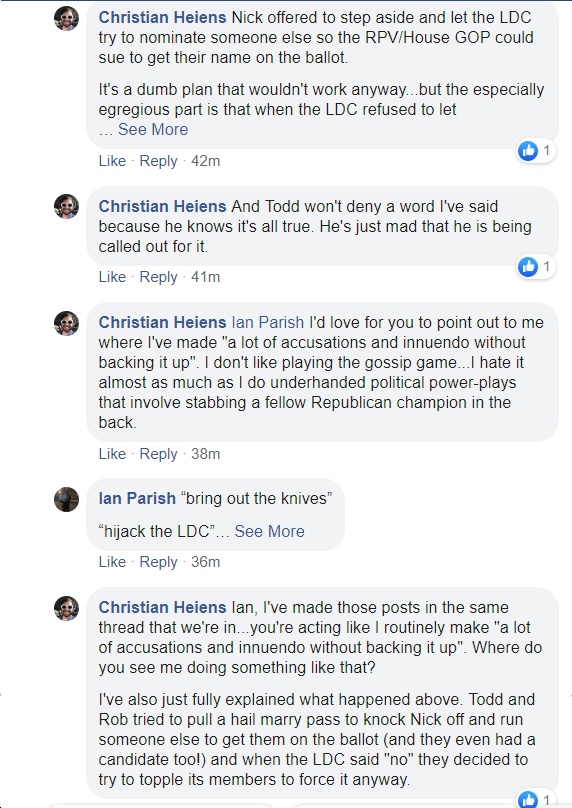 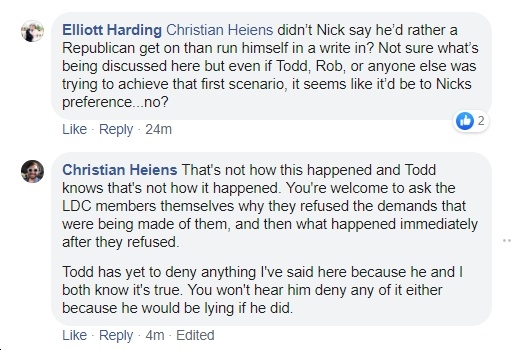