What’s more Blue Wave than an August boating party on Lake Barcroft in Northern Virginia to raise money for the VA Blue Wave At least fifty activated and excited Democrats showed up on a day like today when we’re mourning the deaths of two mass shootings in the last 24 hours, because what we all know is that the best way to combat gun violence in Virginia is to take the majority in the General Assembly in 2019. Coincidentally, this is also the way to combat climate change. And also the way to combat poverty and homelessness and mass incarceration. This November 5th, we have the ability to win a General Assembly that can finally pass “a generation’s worth of legislation,” to borrow a phrase from Delegate Alfonso Lopez (HD49).

Incumbents Kathleen Murphy (HD34), Barbara Favola (SD31), Rip Sullivan (HD48), Patrick Hope (HD47), and Danica Roem (HD13) joined candidates Dan Helmer (HD40), John Bell (SD13), Joshua Cole (HD28), Lindsay Dougherty (HD62), and Buta Biberaj (for Loudoun Commonwealth’s Attorney) in getting everyone pumped up, each one discussing what they wanted to focus on in the 2020 session, and what they were personally going to do to get voters to turn out. I especially like Dan Helmer’s plan to personally knock every door where a canvasser knocks and finds an undecided voter.

The Virginia Blue Wave has already raised close to $70,000, which is being used to support 23 House of Delegates candidates and 6 Senate candidates! It’s grassroots fundraising like this that will really make all the difference this November!

Below are some pictures and videos from the event: 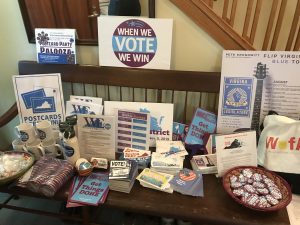 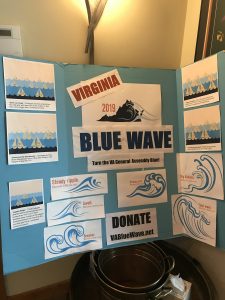 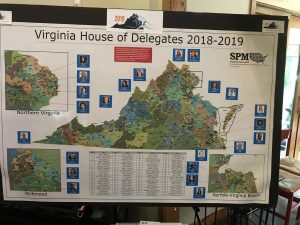 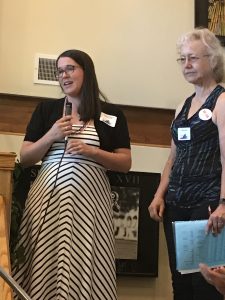 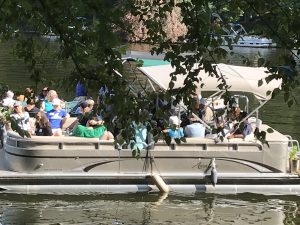