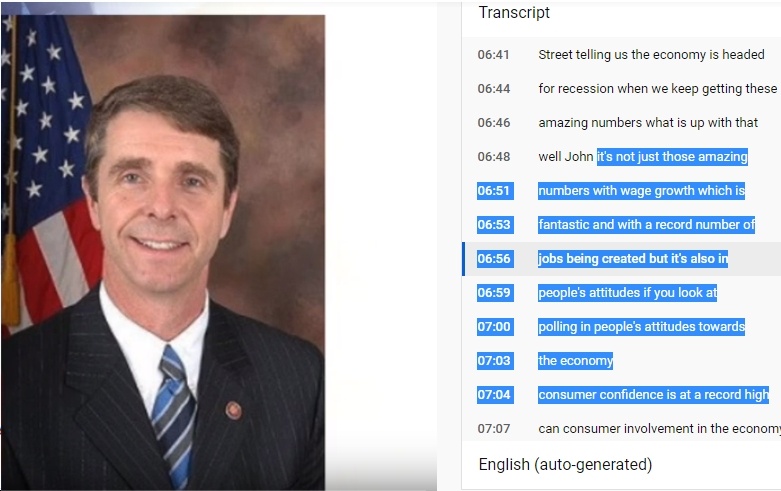 Among the delusional, alternative-reality, right-wing Republicans in Congress, Virginia has a few real doozies. One of those is Rep. Rob Wittman (R-VA01), who is basically terrible on every issue, who votes with the Orange Dotard 92% of the time, and who frequently spews nonsense and hypocritical b.s.  So now, with new jobs numbers out this morning, Wittman just told a series of whoppers about the economy on right-wing talk radio. Here’s what Wittman claimed in 16 seconds of lying, and what the verifiable *facts* actually are.

A reminder: From late 2017 through late 2018, it looked like wage growth was picking up. THAT ENDED. Wage growth is flat this year. #JobsReport #WagesReport pic.twitter.com/pbTtviePCX