If it’s Friday, it must be “Flip-A-District Friday,” courtesy of Del. Rip Sullivan’s Project Blue Dominion. This week, the focus is on Mike Asip (HD65), Len Myers (HD81) and Janie Zimmerman (HD60).

Mike Asip and his wife Leslie have lived in Powhatan for ten years. They are proud parents of two children, Cailin, 30, and Danny, 33, as well as daughter-in-law Heather, and grandparents of their 18 month-old grandson, Nolan James Asip.

Mike is a retired education leader, having served 38 years in teaching, middle school assistant principal and principal roles, completing his career as Chesterfield County Schools’ Director of Exceptional Education. Mike has been a leader for change, starting several model programs involving services for students with autism, dyslexia training, workforce development, and Medicaid services. Mike has empowered our students and their families by developing inclusive school programs that enrich and enable all students to be responsible citizens.

Mike has been recognized for his advocacy at the state and national level, helping develop and change education policies to improve student learning and opportunity. Mike brings a passionate professionalism and leadership experience in collaborating to get things done for Virginia citizens.

The 65th District has typically leaned Republican, with Senator Tim Kaine winning 41 percent of the vote in 2018. Located on the route between Charlottesville and Richmond, it includes parts of Chesterfield, Powhatan, Goochland, and Fluvanna Counties. The district is currently represented by incumbent Delegate Lee Ware (R). Click here for more district details.

Just one example of why Ware must go:

Ware is Chairman of the powerful House Finance Committee, where he sets the tone for his Republican colleagues on which bills should and should not advance to the floor. While he uses his influence behind the scenes most of the time, the few instances when he has chosen to jump in to ensure that bills are killed are especially revealing.

– He cast the deciding vote to kill a Republican-introduced, bipartisan bill that would have allowed counties to charge a local cigarette tax, provided they use the revenues to fund the construction or improvement of local elementary or secondary schools.

– Ware voted to kill a bill that would have created a modest refundable income tax credit to help struggling, low-income taxpayers.

– Ware was one of just two Delegates in the Finance Committee to vote against a Republican-introduced rural economic development bill.

– Ware voted against a bill that would have allowed teachers a limited tax credit if they paid for classroom materials used to educate students, which they are forced to do frequently because of under-funding for K-12 education.

– He voted against a bill to provide a tax credit for Virginians who choose to purchase an environmentally friendly electric vehicle.

When Ware takes a stand, it’s consistently to take the wrong positions on good bills. It’s time to retire Ware.

Len Myers believes in public service for the benefit of our great Commonwealth. He is passionate about three things: (1) inspiring our youth to reach their full potential, (2) creating opportunities for everyone to succeed, and (3) protecting the most vulnerable in our community.

Nothing means more to Len than his relationship with God and his two adorable kids. Len has nearly 20 years of service with Calvary Revival Church. No matter what Len finds himself doing, being a father remains his top priority. Len particularly wants to be a force for good in the lives of children living in single-parent households.

He has served as a long-time Board Member of the Boys & Girls Clubs of Southeast Virginia. Len has also volunteered as a mentor to young men through a mentorship ministry at his church. Without mentors and positive role models, many kids today may find it difficult to find a clear pathway to becoming responsible and productive citizens. Len wants to continue empowering as many young adults as possible to make healthy decisions for healthy lives through proper resources and helping hands.

Len served the Commonwealth as an officer in the Virginia Defense Force, an integral component of the Virginia National Guard. Initially earning his commission as a JAG Officer, he continued his service as a line officer, ultimately becoming the VDF Officer-In-Charge of the Joint Operations Center Augmentation Detachment during some of the most demanding state emergencies in the history of the Guard. It was through this experience that Len recognized the emerging threat of flooding. He understands that we must act now to protect our special way of life for the future.

Len wants to represent his neighbors in the Virginia General Assembly. He is just the friend they need in Richmond.

The 81st District is a swing district, and has grown increasingly Democratic in recent years. In 2016, for example, Hillary Clinton received 43 percent of the vote, while in 2017, Governor Northam won the district with 52 percent of the vote, and in 2018, Senator Tim Kaine won the district with the same percentage. This race will be a tough one given that it is an off-off-year election, and incumbent Delegate Barry Knight has a strong cash advantage.

Len is running a much more grassroots campaign than Knight. Knight’s top 15 donors do not include a single actual person, but rather just companies and PACs.

Just one example of why we must defeat Knight:

Knight sits on the immensely powerful House Rules Committee and chairs one of its subcommittees. He has repeatedly used his position to stop great bills from becoming law. Frustratingly, some of the bills he killed simply asked for studies about certain policy areas, but his partisanship prevented the ideas from even being examined by experts.

– Knight voted against two bills that would have created an Environmental Justice Advisory Council to advise the Governor and state agencies on important environmental justice issues.

– He voted to stop a bill that would have had our Crime Commission (the same Crime Commission the Republicans sent every gun safety bill to for study during this year’s Special Session) study the prevalence of hate crimes in the Commonwealth and evaluate the efficacy of our hate crimes laws.

– Knight was the key vote to kill a bill that would have established the State School Health Advisory Committee to advise policy makers on (i) the role of employees in public elementary or secondary schools in providing health care services at such schools and (ii) the need for any training associated with delivery of health care services. This bipartisan bill had passed the Senate unanimously, but Knight’s vote against it definitively killed the effort.

– He voted to kill a bill with bipartisan support that would have required every school board in Virginia to provide resources or training its employees on the identification of suicidal students.

Knight has used his power to block bipartisan bills that would have made a real difference in Virginia. It’s time for him to go. 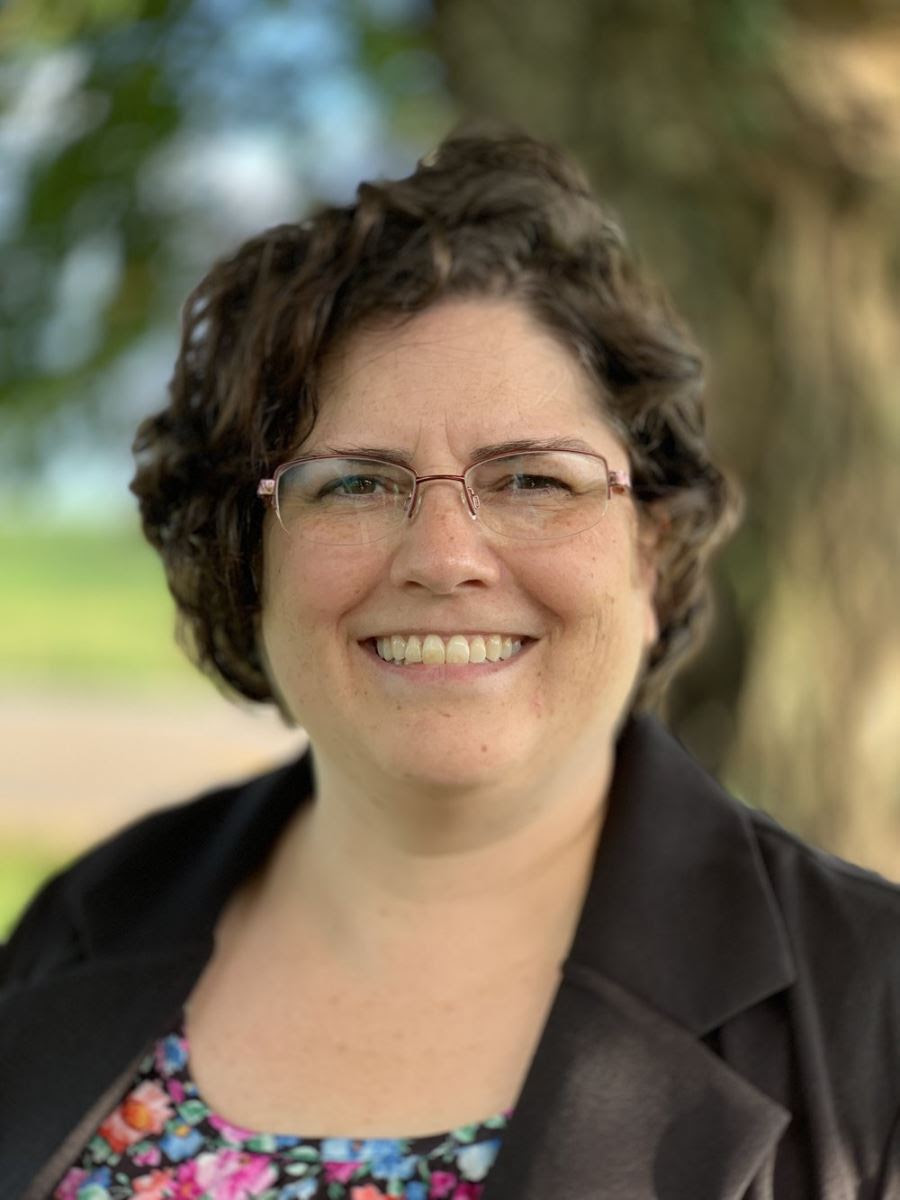 Janie was born at Andrews Air Force Base while her father was serving in the Vietnam War, so she wholly supports and understand veterans, their families, and the challenges they face. Her mother grew up in a rural part of the Texas panhandle, and she has returned to her roots by living in rural Virginia.

Janie has wanted to be a teacher for as long as she can remember, and has now been a teacher for almost 30 years. Her favorite children to teach are the students that other schools have too often forgotten. She is currently a teacher at a juvenile detention center in Prince Edward County. She is excited to work with these students because it is immensely rewarding to watch them blossom with even just a little care and attention. When these troubled students succeed, they really succeed.

When rural Virginia gets the attention it deserves, it can really succeed as well. Just as Janie speaks up for her students, a vote for her will be a vote to speak up for the unique needs of rural Virginia.

The 60th District is light red, with Senator Tim Kaine taking 45 percent of the vote in 2018. Southwest of Richmond and situated on the border with North Carolina, the district includes parts of Halifax, Prince Edward, Charlotte, and Campbell Counties. It is represented by incumbent Delegate James Edmunds (R). Click here for more district details.

Just one example of why we must defeat Edmunds:

Edmunds is not a bomb-thrower, and he does not introduce radically conservative bills. In fact, he doesn’t introduce much at all…

Since his first election a decade ago, there have been three sessions (2010, 2013, and 2016) in which he introduced just three bills. His most “productive” year was 2019, when Edmunds introduced eight bills — still seven short of the 15-bill limit within which the rest of us were struggling to stay.

Notably, none of the bills introduced by Edmunds remotely related to any of the pressing issues that are facing the 60th District:

– All four counties in the district have a higher percentage of people living in poverty than Virginia on average. Prince Edward County’s rate is more than double the Commonwealth’s. Additionally, the median household incomes are all markedly lower than the Virginia average.

– Every county in the district has a significantly lower percent of the number of households that own a computer and have access to broadband internet than the Virginia-wide average.

– There are less people on average with a high school diploma or a bachelor’s degree in each county than Virginia on the whole.

– The disability rate and uninsured rate are higher in the district’s four counties than the Commonwealth.

– Fewer eligible adults participate in the civilian labor force on average in each of the four counties than in Virginia as a whole, and the numbers are even worse for women.

Edmunds seems to just be in the General Assembly to cast a vote for Republican bills on the floor, earning one of the highest party-unity scores in the House. The 60th District is facing many challenges, however, and needs a representative in Richmond who will fight hard for its residents.

That’s it for Volume XI of our Flip-A-District Friday series. I encourage you to review this email and future editions to find a candidate or candidates whom you would like to support with your time or financial resources.