Great stuff; just three days after Democratic Party of Virginia (DPVA) Chair Susan Swecker announced that the party would no longer be taking campaign contributions from Dominion Energy or Appalachian Power, DPVA today unanimously passed resolutions endorsing the “Green New Deal Virginia” and a “net-zero carbon emissions” clean energy economy for Virginia by 2050. In addition, the DPVA unanimously passed a resolution in support of a $15/hour minimum wage for Virginians. (see all three resolutions, below)

All of this is excellent stuff on the merits, of course, and also *very* much needed. As for the politics, I’d argue that Republicans are going to call Democrats “socialists,” “communists,” “Antifa,” blah blah regardless of what we do, so we might as well do the right thing. In this case, there’s no question that taking aggressive climate action, preferably through some sort of “Green New Deal” paradigm that “leaves no workers or communities behind” while moving towards a “just and equitable 100% renewables plan…clean air, water and land for all Virginians.” Of course, Republican politicians are in the pocket of the fossil fuel industry, but among everyone else, poll after poll has shown enormous support (“83 percent of Virginians want state-crafted plan to curb carbon emissions, and even more want added investments in energy efficiency and renewable power”) for cranking up climate action and investment in solar, wind, etc.

Anyway, thanks very much to DPVA for passing these resolutions, and for clearly differentiating Virginia Democrats as the science-and-reality-based, forward-thinking, progressive party, while the Republicans stay locked into science denialism and a ruinous extraction-based economy that’s trashing the only home we’ve got. It’s days like today that I’m very proud to be a Virginia Democrat! 🙂 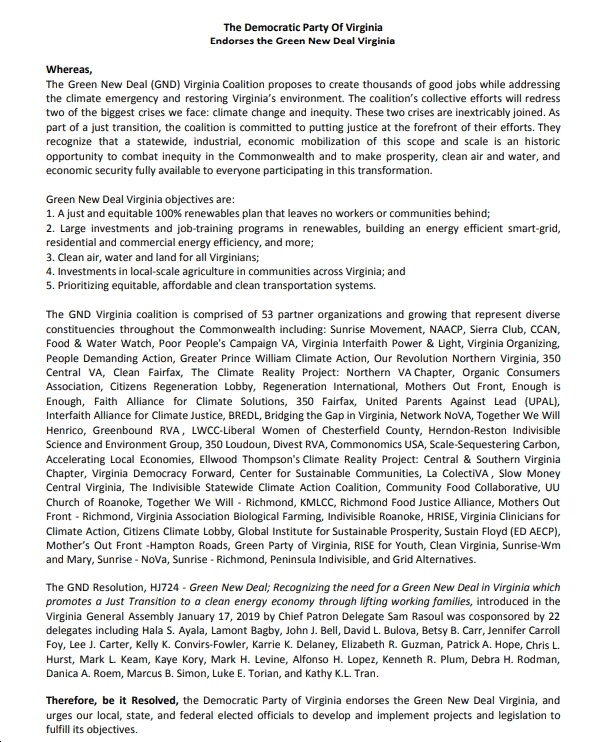 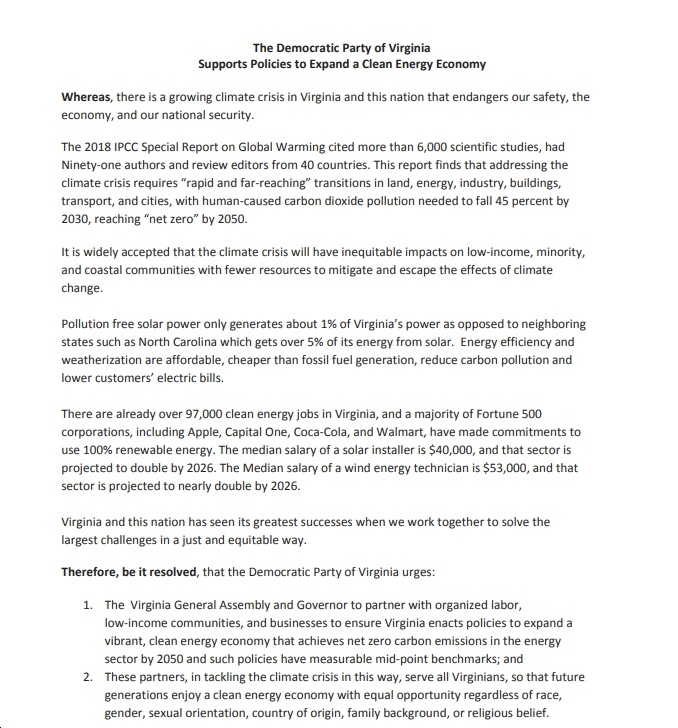 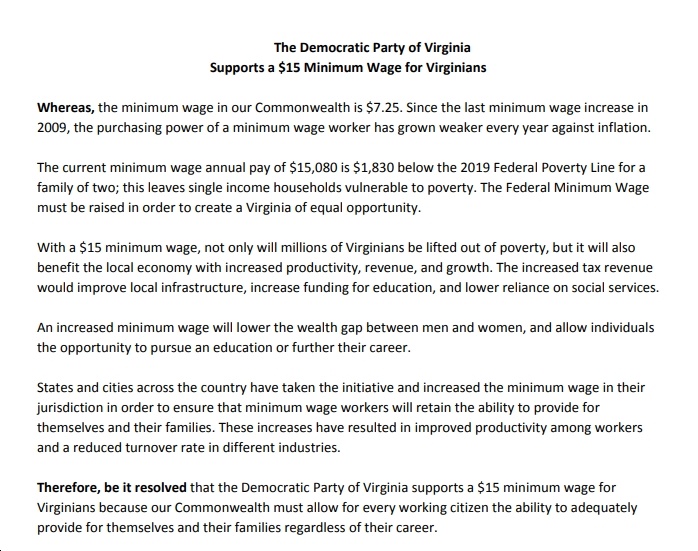