From the James Walkinshaw for Fairfax County Board of Supervisors campaign:

“It is deeply disturbing that Jason Remer appointed the leader of a designated hate group as his campaign manager. If he knew that his campaign manager leads this hate group and was comfortable with it because he shares the group’s bigoted philosophy, he’s too extreme to represent our community. Or if he was so disengaged that he didn’t know his own campaign manager leads a hate group, he’s too reckless to represent our community. If Jason Remer were elected Braddock Supervisor, how can we know that he wouldn’t appoint — on purpose or by mistake — hate group leaders to serve on his staff, or to positions of leadership on County Boards and Commissions.”

Click here to view a video of Walkinshaw’s response.

See below for background information on hate group leader Albert Strong, his appointment as Jason Remer’s campaign manager, and a small sampling of the hate and bigotry propagated by his organization, the Virginia Christian Alliance.

In a July 14 email to his supporters, Jason Remer announced his new campaign manager, Albert Strong. Remer also posted several pictures of himself with Strong to social media, including what appears to be a strategy luncheon. Albert Strong is one of ​eight board members of the Virginia Christian Alliance ​ and is listed on IRS forms as a Director of the organizatio​             n​, a designated anti-Muslim hate group​ according to the Southern Poverty Law Center. The Henrico-based Virginia Christian Alliance is one of just 39 hate groups identified in Virginia  and one of just 100 anti-Muslim hate groups in the United States. Other groups identified along with the Virginia Christian Alliance include the neo-nazi Traditionalist Worker Party, the White Nationalist Patriot Front, and the Loyal White Knights of the Ku Klux Klan.

According to the Southern Poverty Law Center​, “Anti-Muslim hate groups exhibit extreme hostility toward Muslims. They often portray those who worship Islam as fundamentally alien and attribute to its followers an inherent set of negative traits…these groups generally hold that Islam has no values in common with other cultures, is inferior to the West and is a violent political ideology rather than a religion.”

Note: VAChristian.org includes hundreds of posts promoting hate and bigotry, many of those are articles from other organizations sharing the philosophy of the Virginia Christian Alliance. The highlights below are articles written by ​Board Members​ or ​“Advisors”​ of the Virginia Christian Alliance, representing the views of the organization itself. The most prolific among them are VCA Founder Greene Hollowell (​all posts​) and Advisor Dan Wolf (​all posts​).

Islam — An Overview:​ “I​slam is not just a religion, but an ideology with a religious component. This ideology is not only contrary to our society’s foundations, but is incompatible with it. At its core is the notion that man is not by nature free; he is a slave.”

Homosexuals Do Not Deserve Discrimination Protection​ — “Why should a person whose primary self-identification is that of a sexual deviant be singled out to be protected?…The homosexuals are very sensitive and easily get upset if anyone questions their status.”

The homosexuals know they are involved in self-destructive acts and want to be free but they have these friends saying it’s ok, it’s normal, God made you that way.

Baptist Church in Richmond Moves to Open Membership to Homosexuals​ — “Homosexuals make up 75% of the pedophiles.”

A Current Overview of Homosexuality in America ​ — “Same-sex and gender-confused people are fundamentally disordered and their sexual acts are immoral.”

Warriors — Jihad. Their message is clear that they want to kill us and the Jews.​”

Washington Post and Other Media Coverage of the Virginia Christian Alliance

Washington Post: ​Hate Groups on the Rise in Maryland

Washington Post: ​VA Health Board Agrees to Move Ahead With Review of Abortion Clinic​: “When a man looks in the mirror and sees a woman, he has serious problems.” 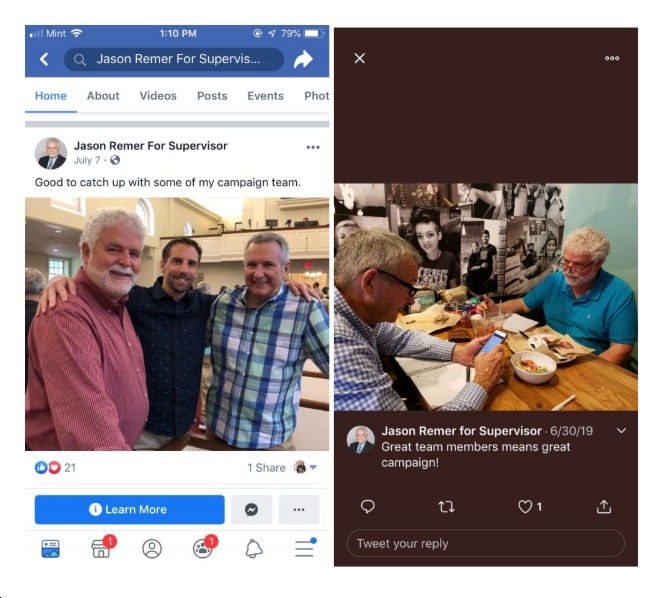