On July 1, the Daily Beast reported, “ThinkProgress, the flagship news site of the Democratic think tank Center for American Progress, is up for sale.” The reasons cited in the article: “a significant drop in revenue in recent years, along with other financial strains” as well as ” the divergent missions of American Progress and ThinkProgress,” and “internal tension over some high-profile stories” (including one on Bernie Sanders’ personal wealth). Here’s some more background from the Daily Beast:

Launched 14 years ago during the height of the Bush administration, ThinkProgress made a name for itself over time as an unapologetically progressive source of news and a launching pad for several major progressive luminaries. But the site, which is editorially independent from CAP, has struggled in recent years as advertising revenues have dried up and traffic has dipped. According to internal documents previously reviewed by The Daily Beast, the site was facing a $3 million gulf between revenues and expenses in 2019, with $350,000 of it made up by a shortfall in ad revenue and nearly $180,000 of it coming from a drop in expected online contributions.

ThinkProgress has never been profitable. In the past, it has made up its shortfalls with contributions from CAP and CAP donors. Several ThinkProgress alums told The Daily Beast that they believed that CAP could continue covering the deficit but had concluded that the site was too much of an editorial headache and too big a financial drain for them to rationalize doing so.

So now, it appears that ThinkProgress’ 14-year run has come to an end, and it kind of feels like the T.S. Eliot line, “not with a bang but a whimper.” I mean, since the Daily Beast article, it’s difficult to find much of anything else written about ThinkProgress’ imminent demise. Perhaps, at this point, people are just overwhelmed with so much crazy stuff going on, but it seems to me that the demise of such a high-quality source of news and analysis, from a progressive perspective, should not be brushed off as just another media outlet going under – whatever. To the contrary, I’d argue that this is a significant loss for progressives, both nationally and here in Virginia, and that progressives definitely should care. Why?

For starters, ThinkProgress got a lot of traffic (at least in its heyday; apparently, it’s declined in recent years, in part due to changes in Facebook’s “algorithm”). According to its Wikipedia entry, ThinkProgress was averaging “8 to 10 million unique page views per month” as recently as 2017, and was ranked “among the ten most popular news blogs on the Internet.” That included coverage of topics ranging from the climate crisis to healthcare to immigration to LGBTQ issues to…you name it, pretty much.

Also among the many topics ThinkProgress covered was…yep, Virginia politics. See below for a screen-shot sampling of the breadth of ThinkProgress’ Virginia coverage, starting more than a decade ago. Back when, Matthew Yglesias (now with Vox, which he co-founded in 2014), was busy writing about Ken Cuccinelli, “Bob McDonnell’s Thesis,” how “Northern Virginia Doesn’t Need New Highways,” etc. In recent years, Josh Israel took on a lot of the Virginia politics beat – and did an excellent job at it! Unfortunately, that’s not going to be the case anymore, at least not at ThinkProgress (note: Josh Israel announced the other day that he’ll be joining liberal news site Shareblue Media). I’d argue that losing ThinkProgress’ coverage of Virginia politics is very bad news, particularly when one considers the decline in coverage of Virginia politics at the Virginian-Pilot, Richmond Times-Dispatch, Washington Post, etc. – let alone the relentless (and mindless and cowardly…) “both sides” false equivalency in the corporate media. At this point, facing dire threats to our democracy, our climate, our rights, etc., it seems to me that one of the last things we need is to lose a leading progressive news site.

Which, of course, raises the questions – as a very smart friend of mine, a national Democratic consultant who has worked on many races, including presidential, asks:

“We are outgunned in national media every single day. We have a 24-hour propaganda network (Fox ‘News’) servicing The Right, and they’re almost moderate compared to the crap reaching Republican target voters by the millions from Breitbart, Rush, Alex Jones, etc. What are our freakin’ donors thinking?? We have this success story in getting our message out there and they just let it die? It is incredible, and it is emblematic of how the Left so often has to fight this battle with both arms and a leg tied behind its back”

Yet, even as the right continues to invest in “conservative” (or whatever it is these days) media, while dominating talk radio (and arguably, cable “news”), the Democratic Party and wealthy progressive donors don’t seem to have any interest in building progressive communications infrastructure. The result: in most states, if you want to read or hear about politics, you’re a lot more likely to get a right-wing view than a progressive one. Here in Virginia, for instance, there are multiple conservative blogs, as well as a right-wing/Trumpster radio network, far outnumbering the progressive side of things (e.g., there’s no progressive Virginia politics radio to speak of). And it’s even worse in many other battleground states. The question, as usual, is WHY? And more to the point, what if anything are Democrats and wealthy progressives going to do about it?

Anyway, thanks to ThinkProgress for all its excellent reporting over the years, and good luck to its many fine journalists, who hopefully will find jobs where they can continue to be forces for good in these crazy times we live in… 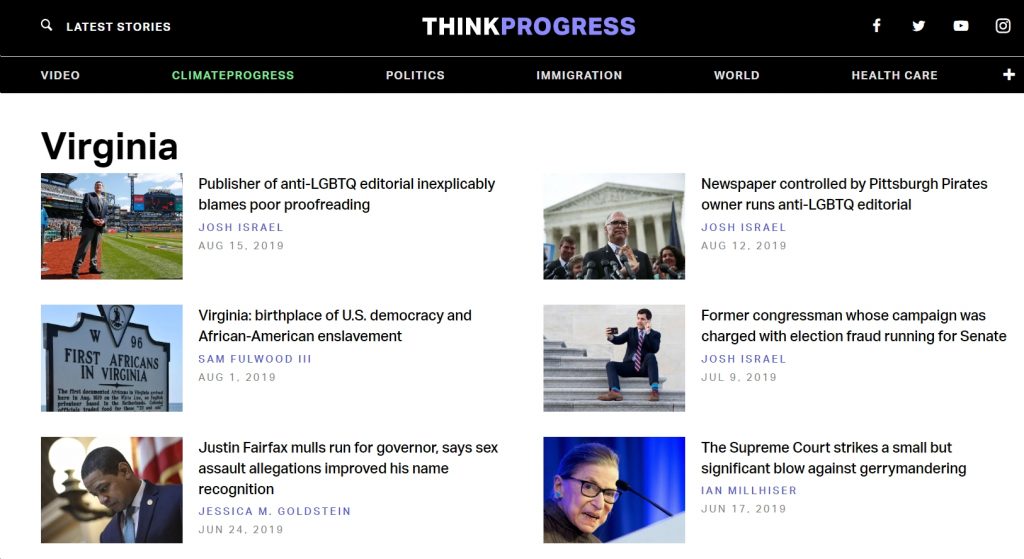 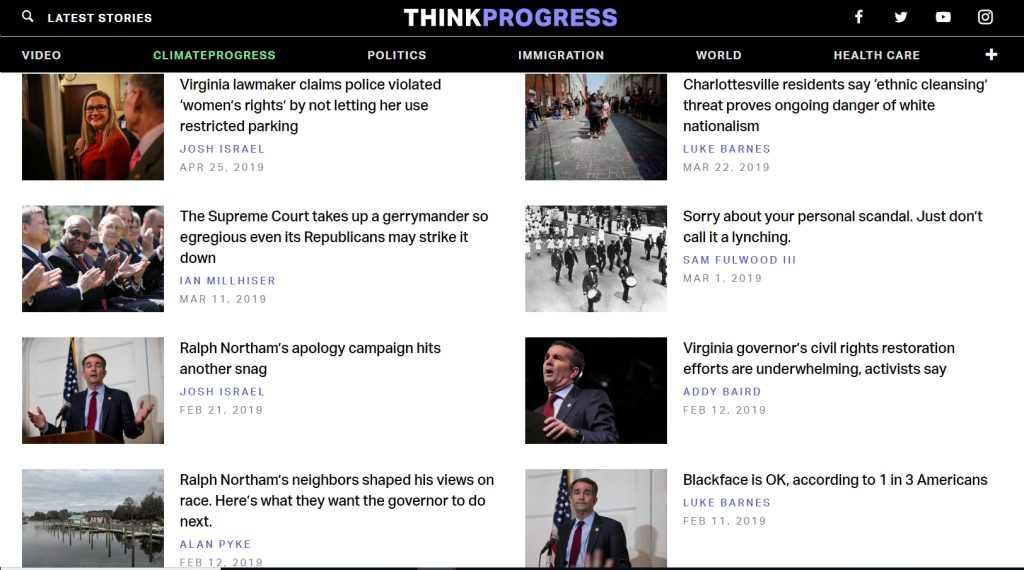 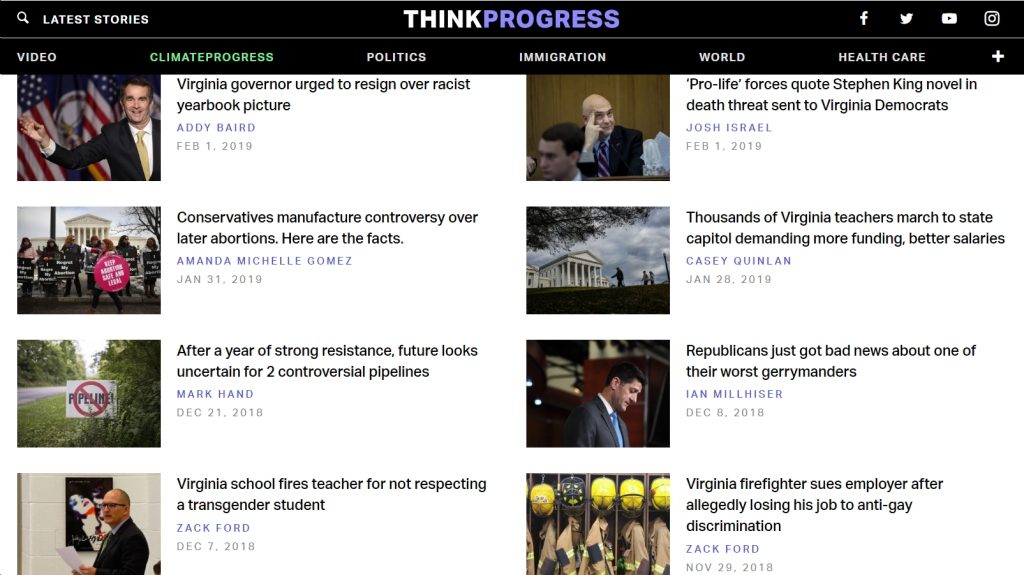 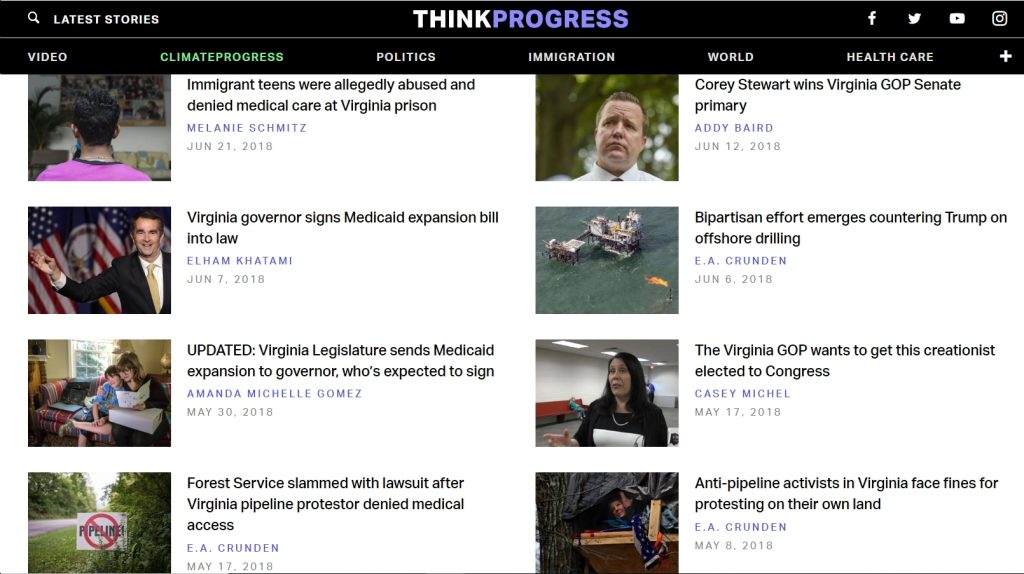 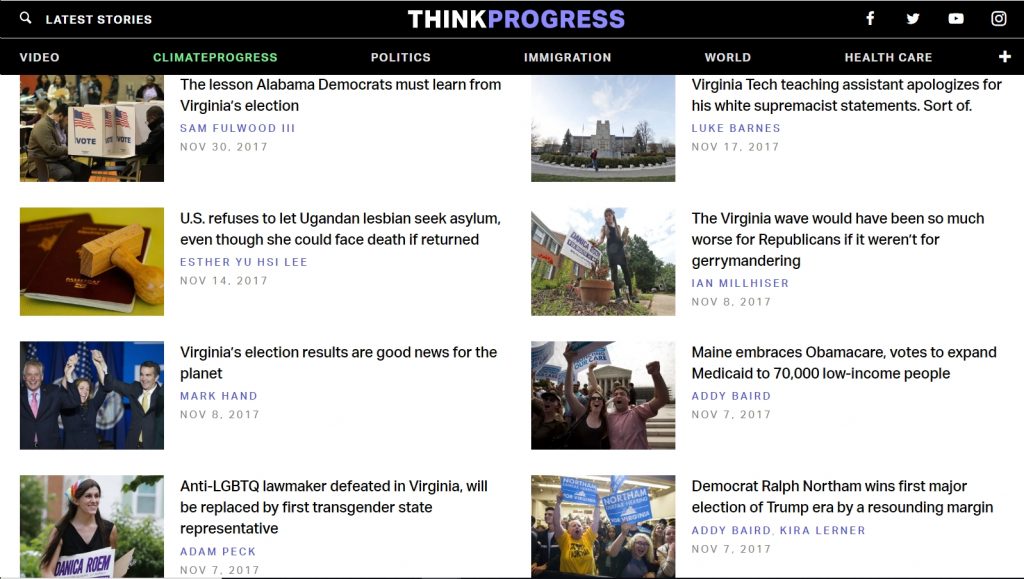 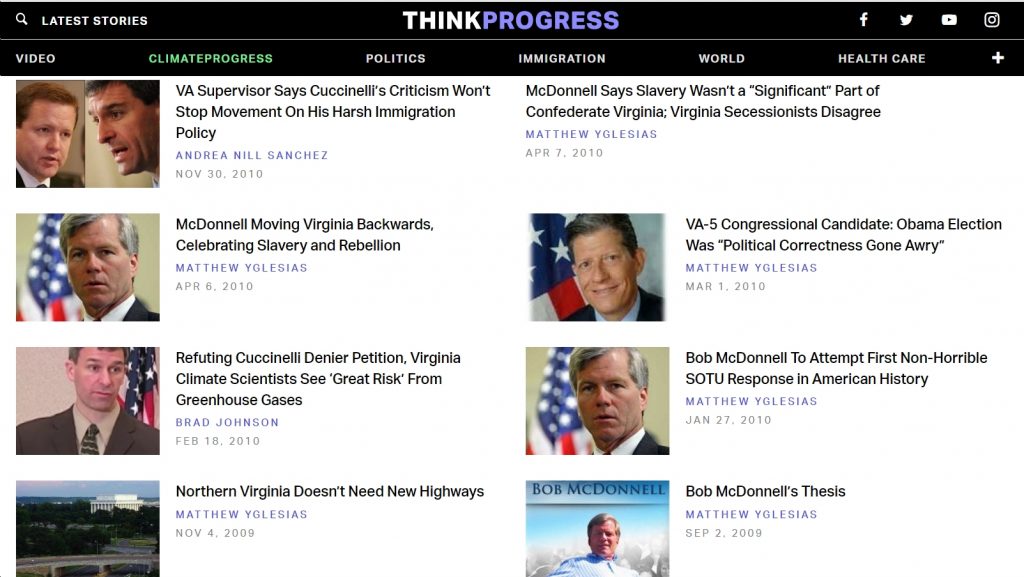 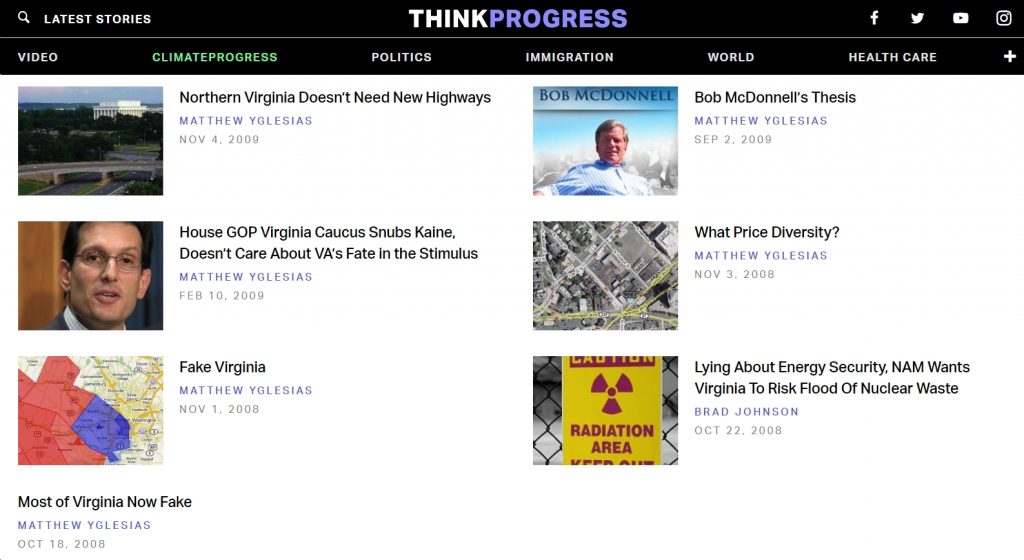