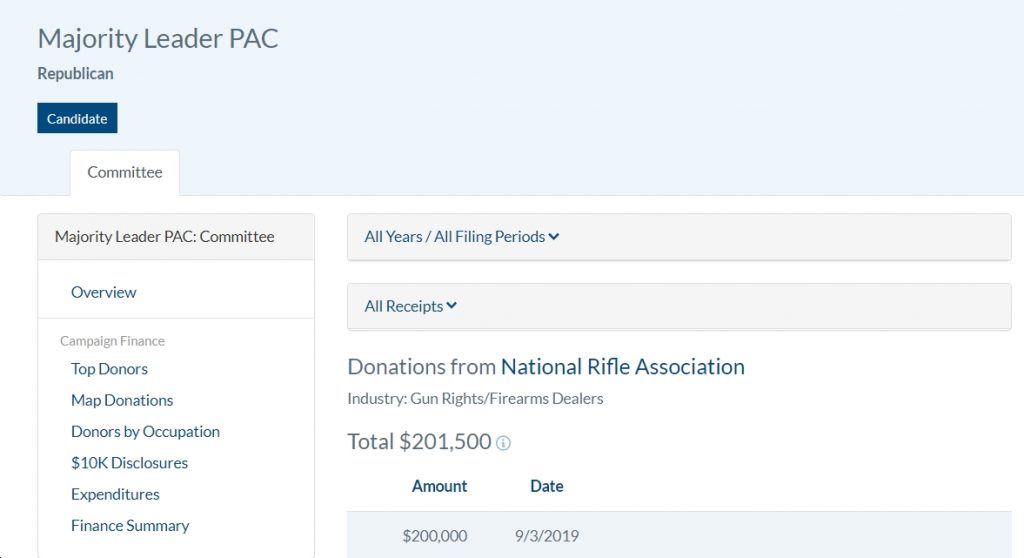 As we know, today’s Republican Party has several defining elements, among which are: climate science denialism, anti-immigrant xenophobia, bigotry, corruption, authoritarianism, voter suppression, economics geared towards the top 1% and against the other 99%, etc. Oh, and let’s not forget total, unwavering fealty to the gun lobby, no matter how high a share of the public wants action to stem the tide of gun violence in this country. 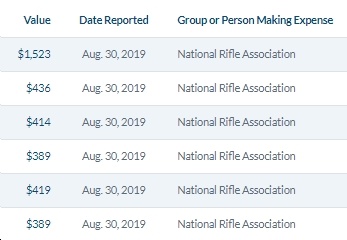 Overall, the NRA has made $12,231 in independent expenditures this year in support of Virginia politicians — all Republicans, not surprisingly. That puts the NRA just one notch behind the Koch brothers’ odious “Americans for Prosperity” (love the Orwellian name, by the way), which has had $22,838 in independent expenditures so far this year, again all in support of Republicans (including $7,130 each to Sen. Siobhan Dunnavant in SD12 and Sen. Glen Sturtevant in SD10, plus $5,253 to Del. Roxann Robinson in HD27 and $2,825 to Mary Margaret Kastelberg in HD73). As is often the case, the sources of Republican money are very revealing about their priorities, whether on guns, the climate crisis, the minimum wage, you name it. Something to keep in mind as we get closer to Election Day on November 5.