Since the Washington Post failed, for whatever reason, to post Prince William County Republican nominee for Board Chair John Gray’s appalling torrent of tweets over the years…here’s a small-but-representative sampling. Note the pervasive ignorance, xenophobia, Islamophobia, racism, homophobia, misogyny, conspiracy theorizing, etc? Also, check out Occoquan District Democratic PW County Board nominee Kenny Boddye’s post about Gray’s xenophobic and racist spewings. I mean, can anyone even *imagine* this right wingnut as Chair of the Prince William Board of County Supervisors? Of course not. So on November 5, make sure you vote Democratic, up and down the ballot, for great folks like Democratic County Board Chair nominee Ann Wheeler, Babur Lateef for School Board Chair,  Amy Ashworth for PW County Commonwealth’s Attorney, Josh King for PW County Sheriff, etc. But first, here’s Wheeler’s response to the WaPo article. 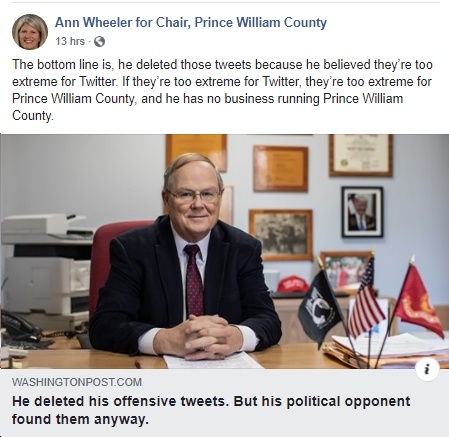 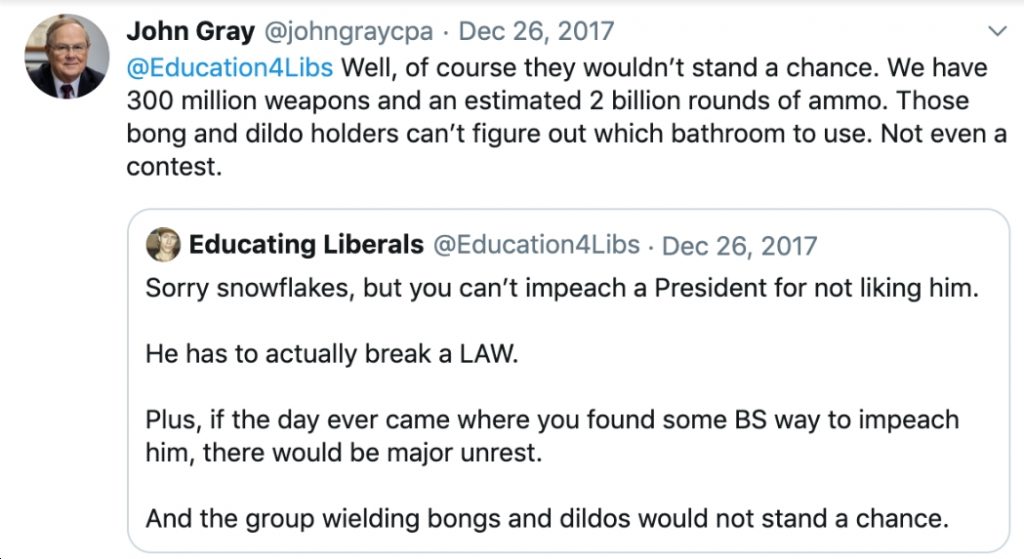 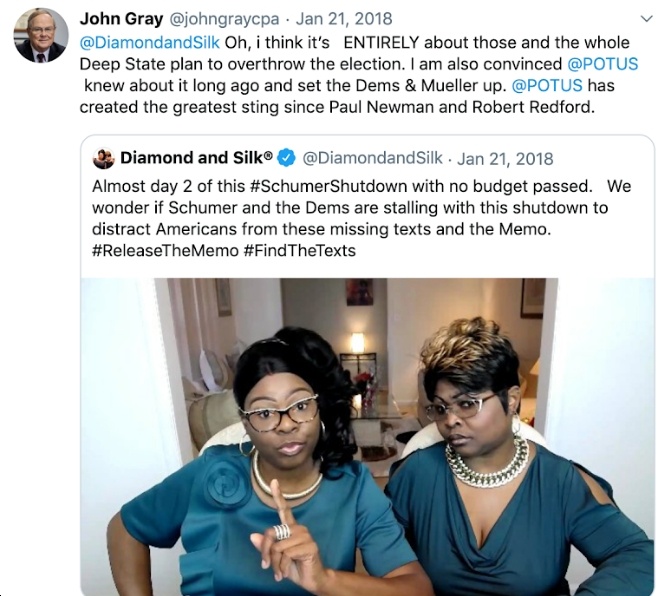 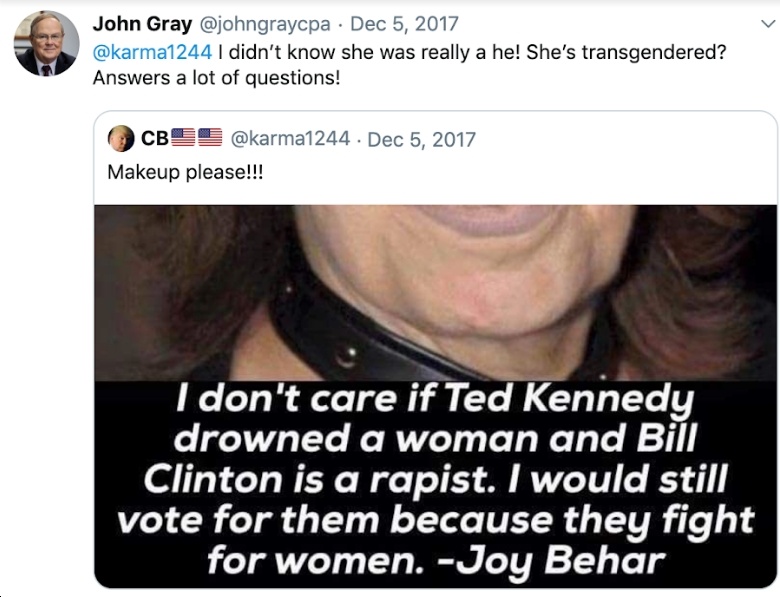 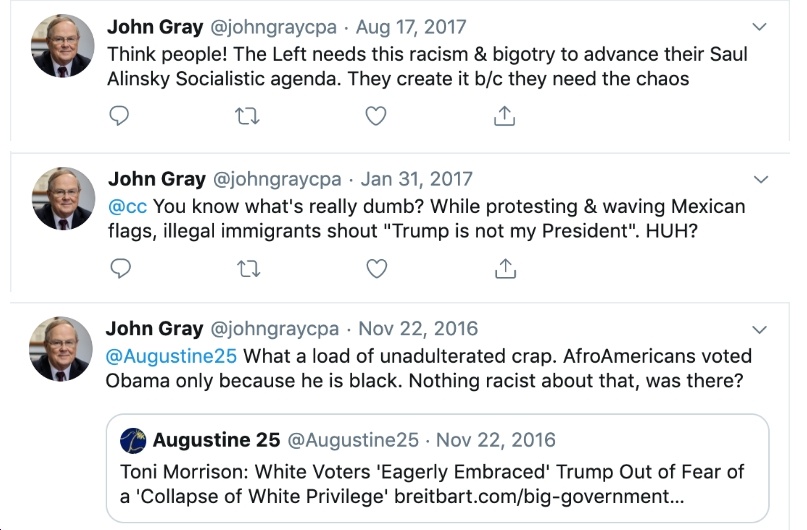 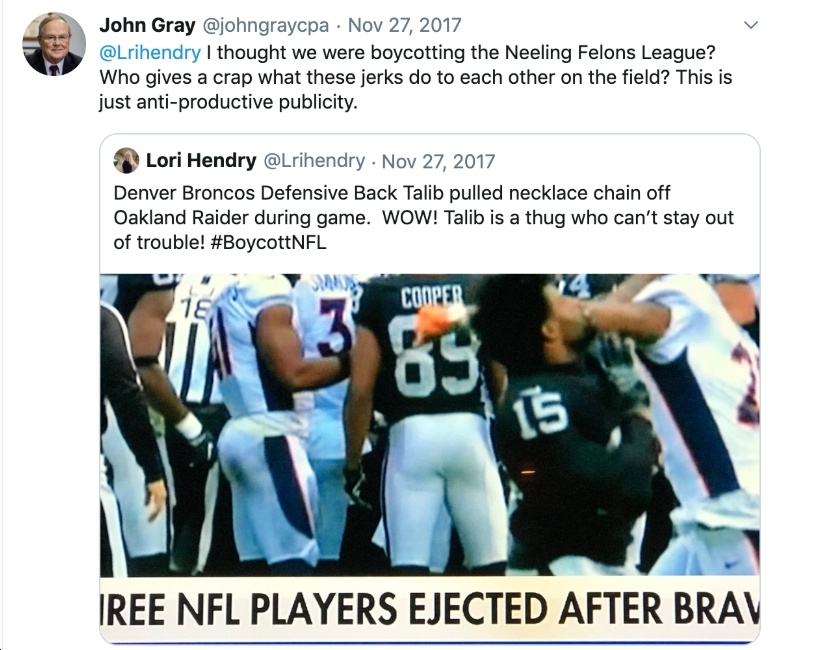 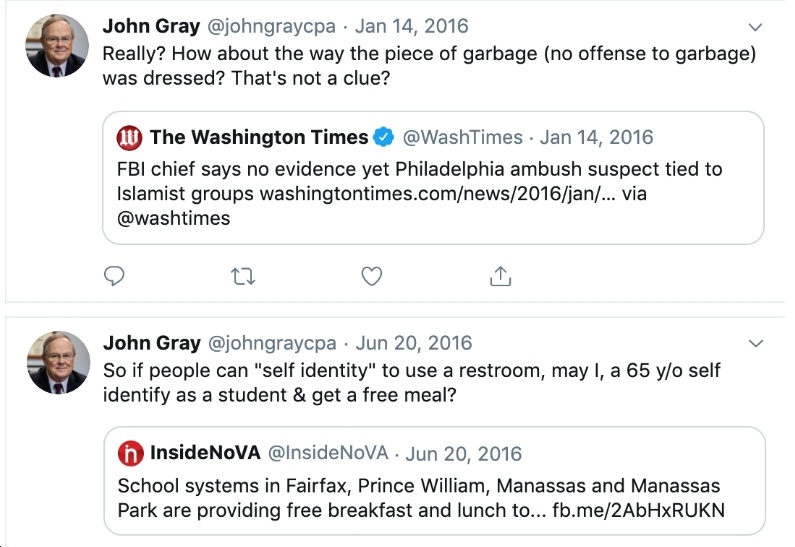 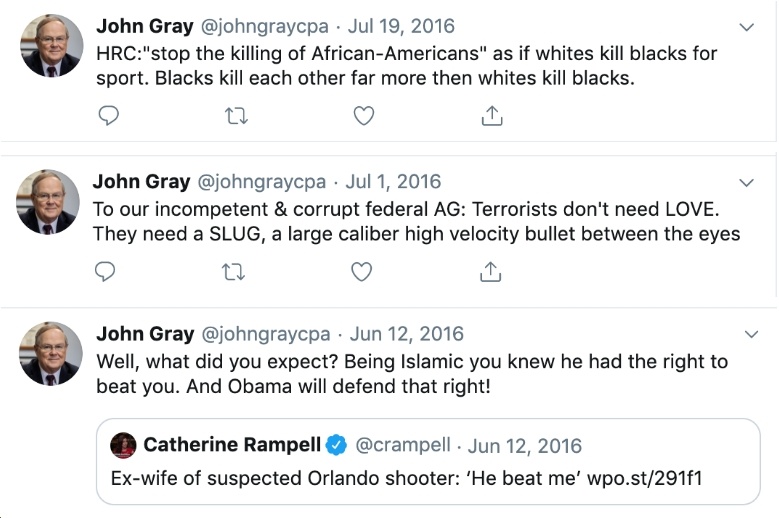 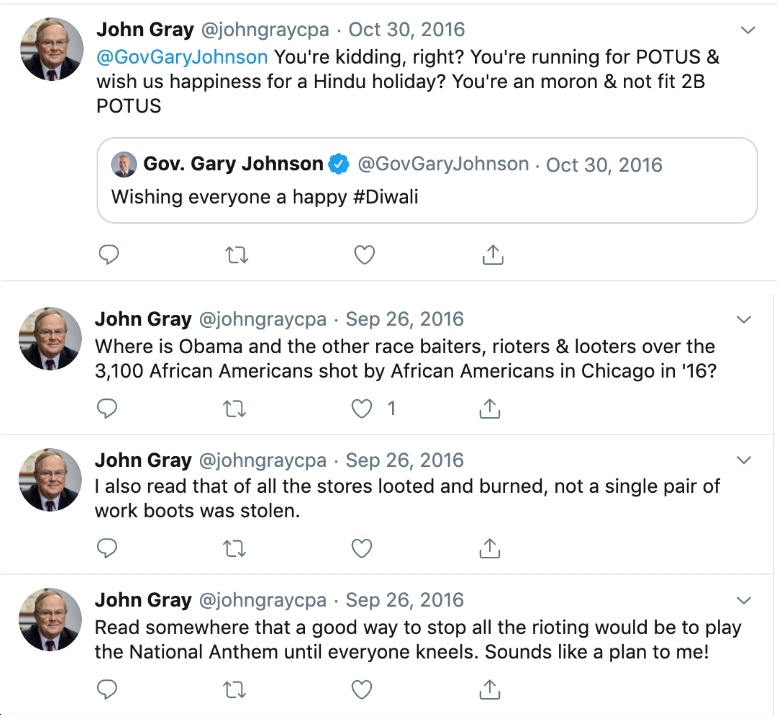 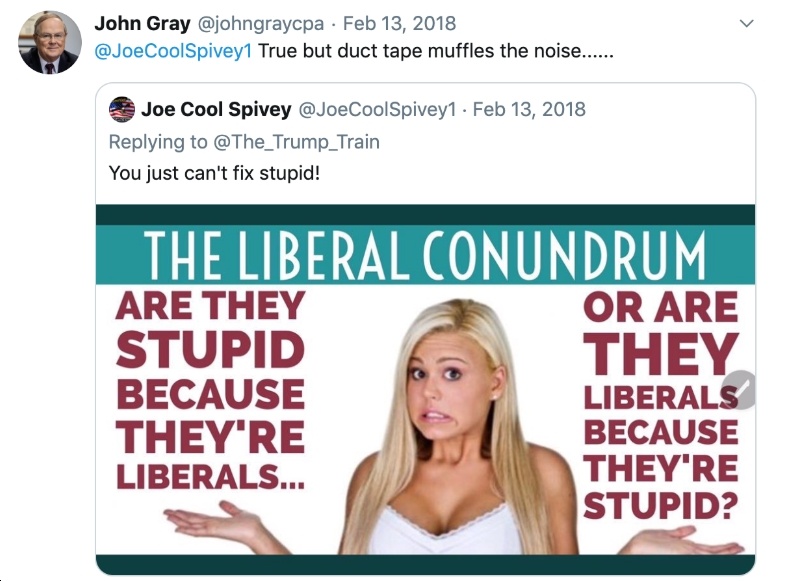 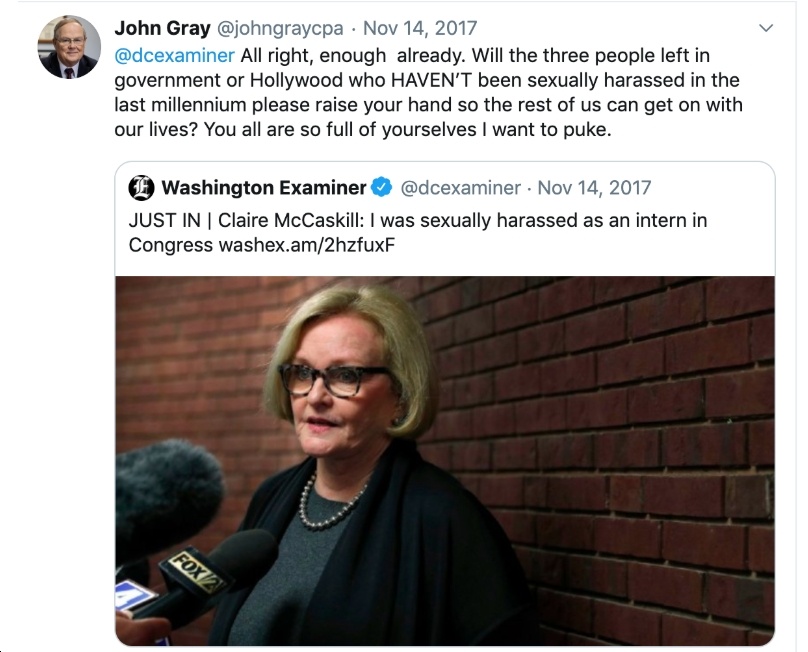