Republican Delegate David Yancey of Newport News is trying to cling to power in the district that he “won” by zero votes in 2017 – his name was drawn from a bowl – by spreading lies about his record and the record of his Democratic challenger, Shelly Simonds. Yancey has inundated our mailboxes here in House Dstrict 94 with upwards of 20 misleading and dishonest campaign mailers and attack ads.

This is the same David Yancey whose lawyers convinced three Republican-appointed judges (including a head judge who Yancey himself was instrumental in selecting for Circuit Court) to overturn Shelly Simonds’ one-vote win in a citizen-led recount in 2017. This led to district 94’s delegate being drawn from a bowl, a drawing that Yancey “won,” which allowed Republicans to hold onto their majority in the Virginia House of Delegates by the slimmest of margins (51-49) despite 2017’s Blue Wave. This has enabled Republicans to kill all kinds of progressive legislation in committee, such as clean energy investment, raising the minimum wage, consumer and worker protections, accountability for fossil fuel monopolies, passage of the Equal Rights Amendment, LGBTQ protections, marijuana decriminalization, and much, much more.

Let’s take a closer at the dishonest and misleading claims in Yancey’s campaign mailers.

PUBLIC SCHOOL FUNDING
The centerpiece of Yancey’s absurd attack ads on Newport News School Board member Shelly Simonds is that she allegedly opposes teacher pay raises, even though Simonds is well known locally as an advocate for better teacher pay.

Yancey’s deceptive attack ads seem to be an attempt to distract from his own failing education record. The Virginia Education Association has once again endorsed Simonds for Delegate over Yancey, with Yancey having scored a failing 29% on the VEA’s 2019 legislative report card.

The facts: On every schools budget since Shelly was elected to the Newport News School Board in 2012, she has advocated for – and voted for – teacher pay raises. Increased school funding and pay raises for educators are central to Shelly’s campaign platform, which is part of why she won the Virginia Education Association’s endorsement.

The facts: Yancey cites the Newport News School Board meeting on April 10, 2013, to make this dishonest claim. Yet as the minutes from that meeting clearly show, the price change was FEDERALLY MANDATED and only increased student meals by 10 cents, so it passed the School Board 7-0. (To view the meeting minutes, visit here and find the April 10, 2013, meeting.)

FIRST RESPONDERS
In his campaign mailers, Yancey presents himself as a champion for first responders. In reality, local first responder groups have enthusiastically endorsed Shelly Simonds for Delegate.

Due to the hazards of their work, firefighters are at significantly higher risk of being diagnosed with cancer than the general population. According to data from the International Association of Fire Fighters, 61 percent of career firefighters’ work-related deaths from 2002 to 2017 were caused by cancer. A bill before the House of Delegates in 2019 would have better protected Virginia firefighters and other first responders under the state’s Worker’s Compensation Act by adding brain, colon, and testicular cancer to the list of work-related illnesses that are eligible for compensation. Yancey co-patroned the bill, but local first responders union president Don Dinse of the Local 2498 (which represents firefighters, paramedics, and 911 dispatchers on the Virginia Peninsula) believes that Yancey only volunteered to co-patron the bill AFTER he learned that Republican party leaders made plans to kill the bill in Del. Chris Jones’ Appropriations committee.

The day that Republicans voted to kill the first responders’ cancer bill in committee, Dinse said that Yancey spoke before the Appropriations committee about one of his own bills, but then abruptly left the room instead of trying to convince his fellow Republicans to save the bill. “I followed him out and said to him: ‘Where are you going? I need you to speak in favor of the cancer bill!’” Dinse recalls telling Yancey. Dinse says that Yancey then told him, “I have a lot going on.”

“Meanwhile our members are dying,” says Dinse. “Yancey has tried to play first responders for fools since the day he was elected. He loves pictures with firefighters, but he doesn’t speak on the floor of the General Assembly for our bills.”

COMMONSENSE GUN LAWS
In one of his mailers, Yancey claims to be “a leader to stop gun violence,” but his record tells a different story. Yancey received an “A” rating from the NRA and has accepted $1,250 from the notorious gun lobby group. Shelly Simonds received a 0% rating from the NRA and does not accept their donations. After the mass shooting in Virginia Beach in May, Gov. Ralph Northam convened a special session of the General Assembly in order to address gun violence. However, after just 90 minutes, Republicans voted along party lines to adjourn and postpone the session until after the November 5 election.

MEDICAID EXPANSION
In his mailers, Yancey claims that he is “Delivering Affordable Healthcare for Everyone.” But the truth is that before the Blue Wave nearly unseated him in 2017, Yancey voted with his party four times against Medicaid expansion, effectively blocking about 400,000 low-income Virginians from affordable healthcare for years.

Imagine if Newport News had a delegate in the Virginia General Assembly who spent their time and energy truly advocating for better school funding, support for first responders, commonsense gun laws, and affordable healthcare in their district, instead of mudslinging and pushing dishonest and misleading attack ads about their political opponents. We can make that vision a reality by voting for progressive Democrats like Shelly Simonds on Tuesday, Nov. 5. Donate to the Shelly Simonds campaign here. To check your voter status and polling place, visit here. To check which House of Delegates district you live in after the recent redistricting, visit here. 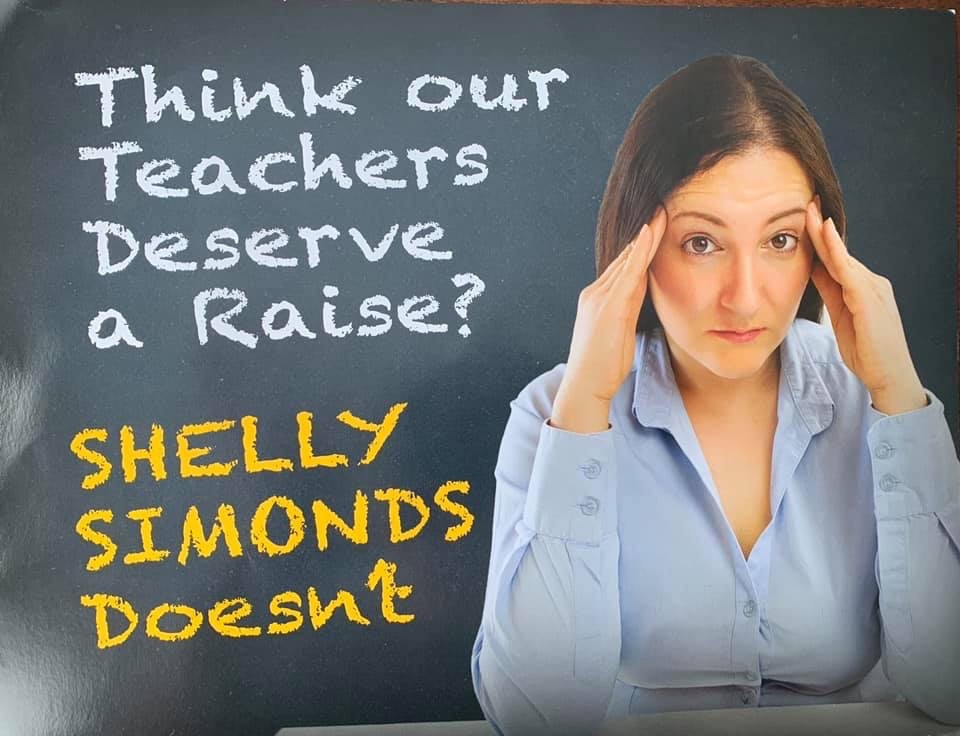 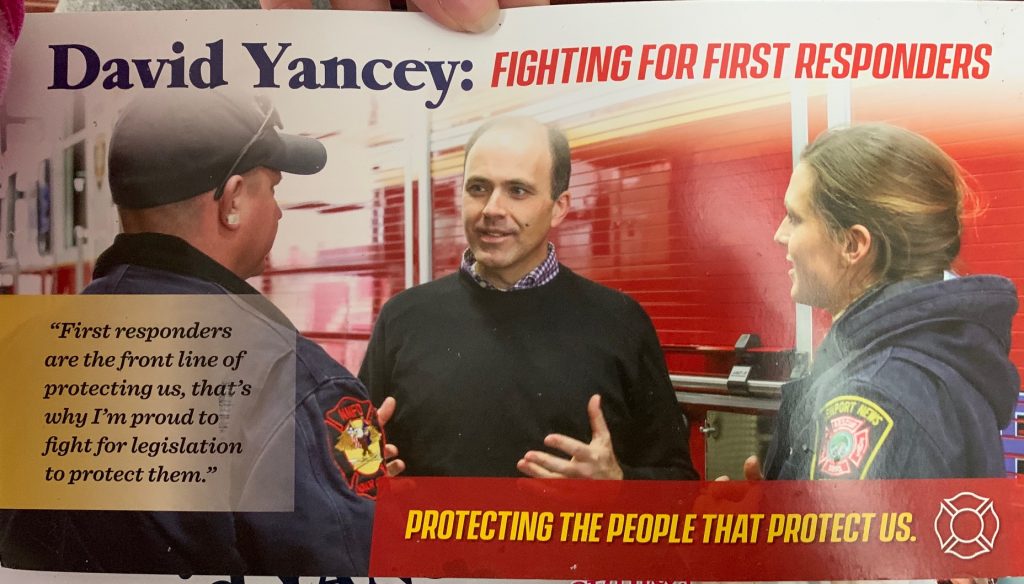 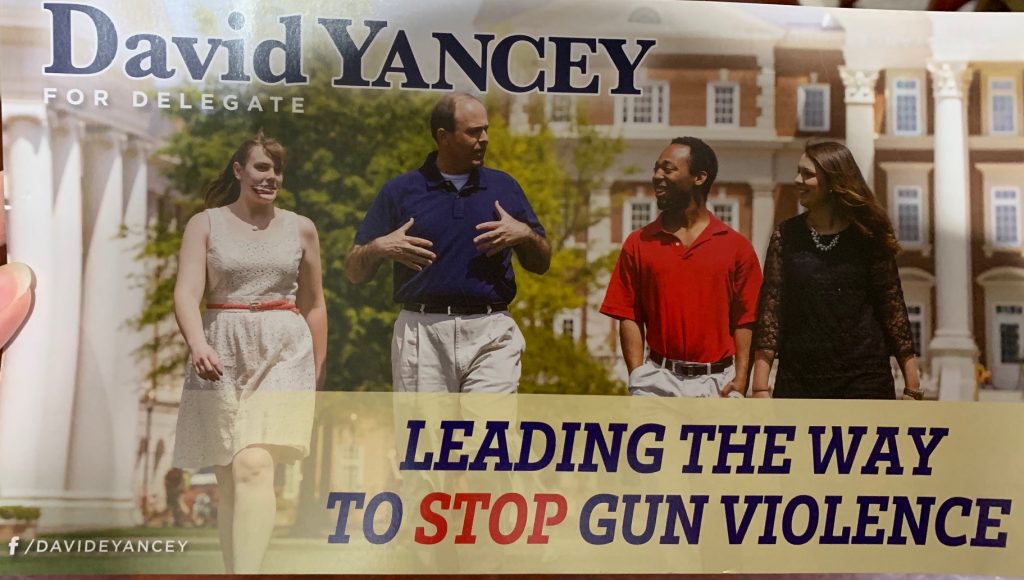 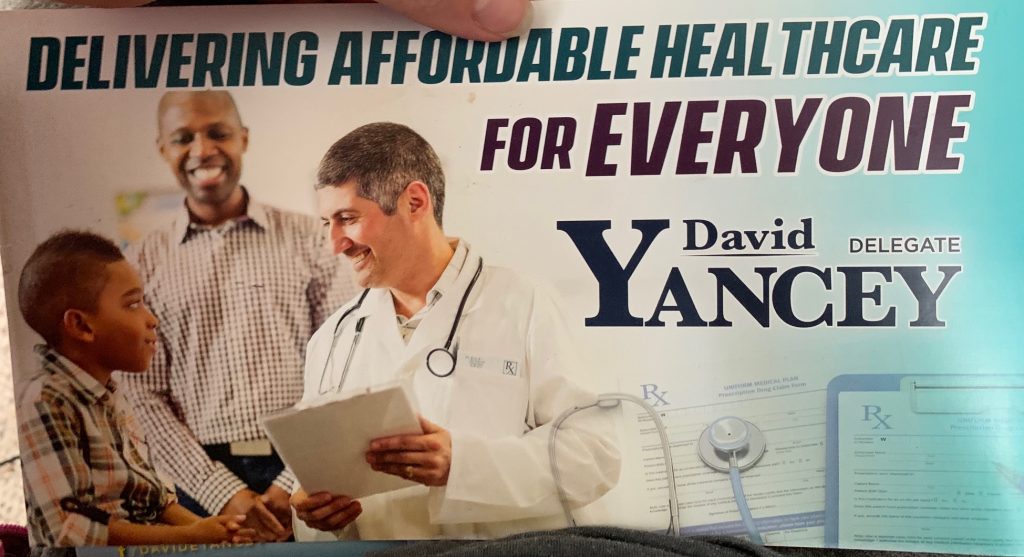 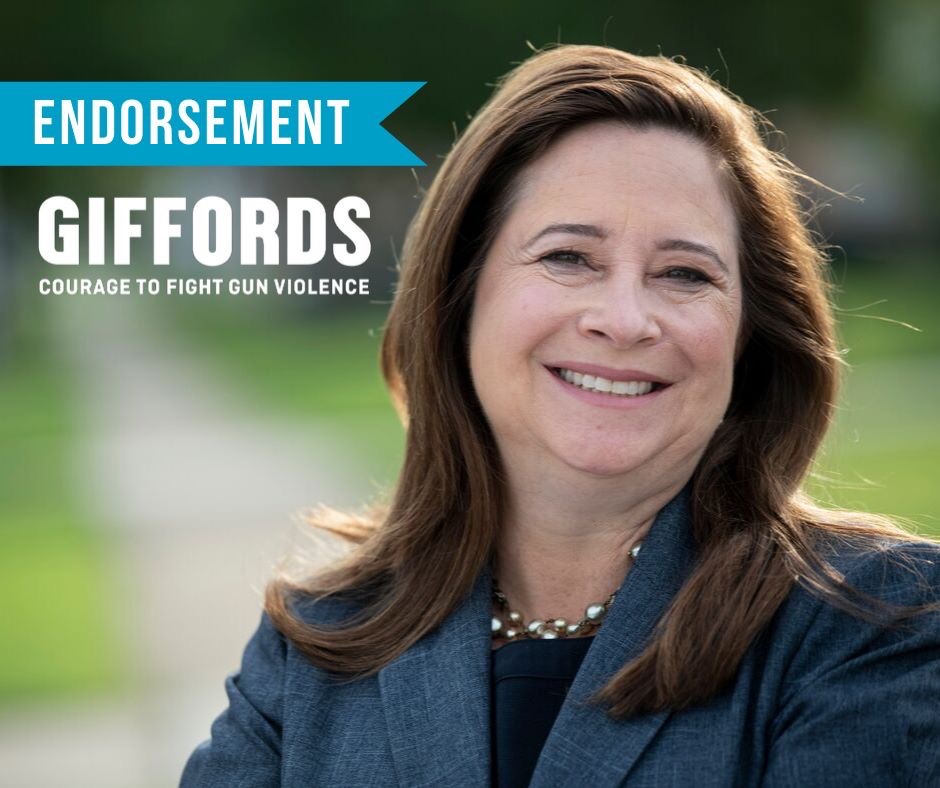 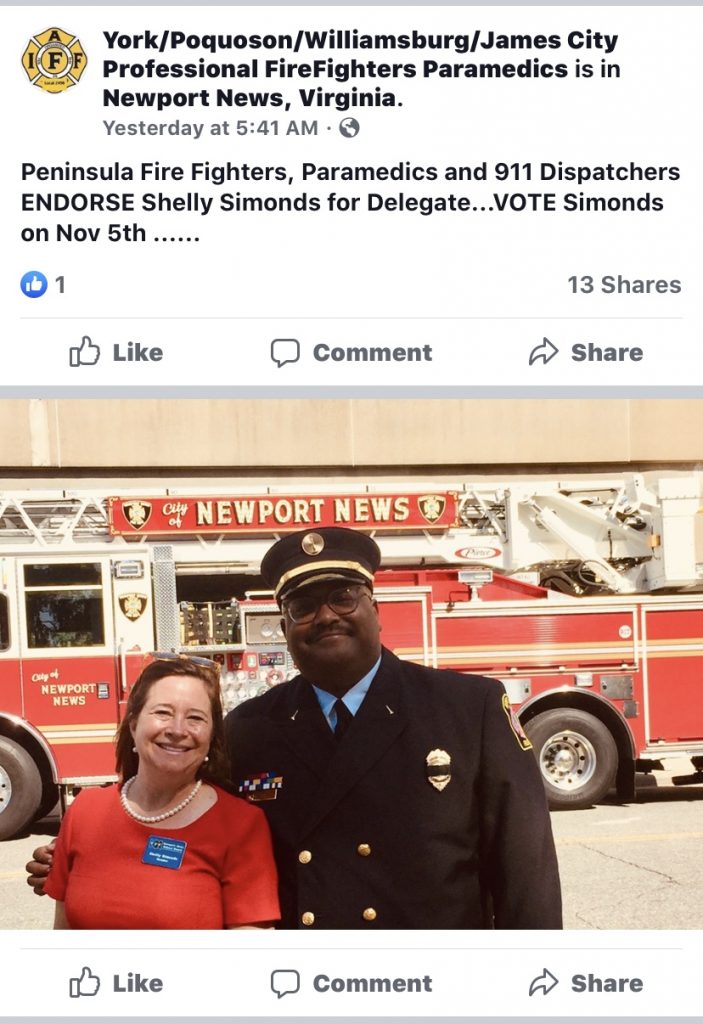 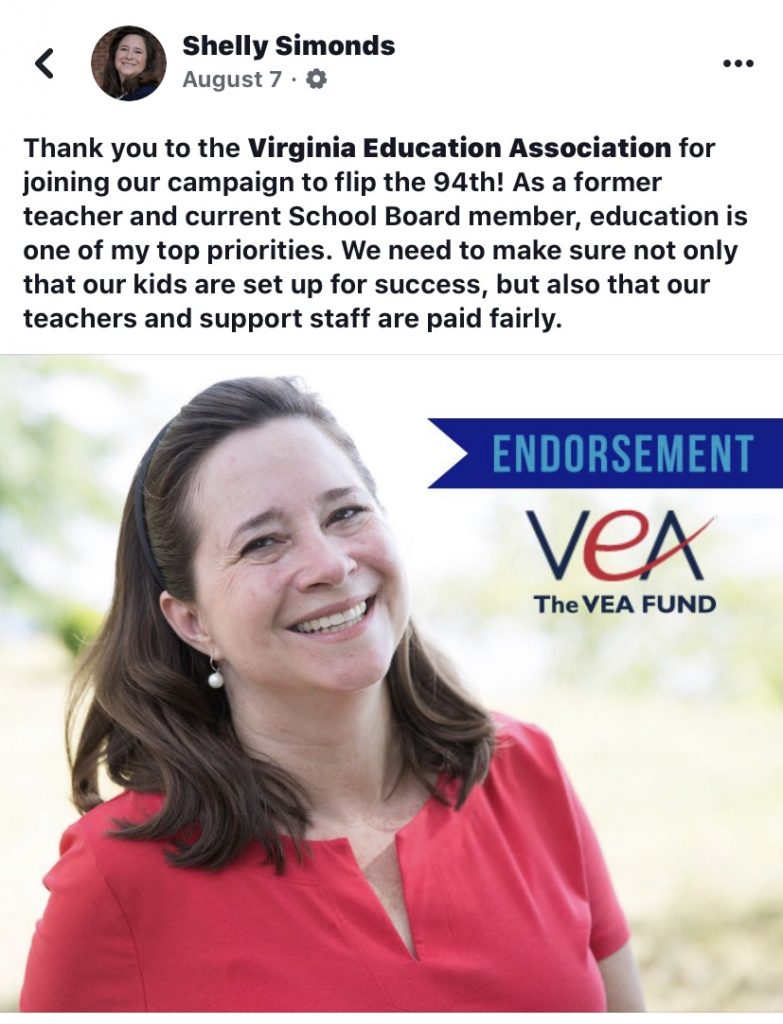