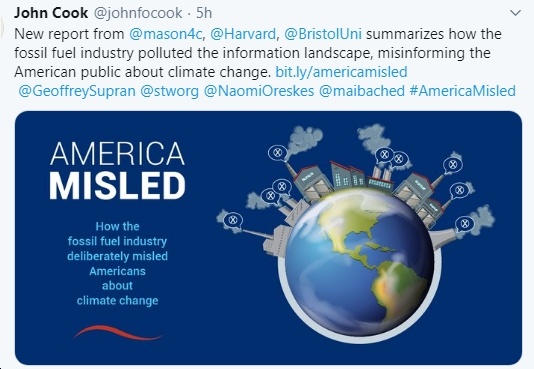 I’ve been critical of George Mason University (GMU) in the past, mostly over their ties to the Koch brothers, such as when the school “allowed the conservative Charles Koch Foundation to give input in some personnel decisions.” Also see this NY Times article about how, “for years, as George Mason grew from a little-known commuter school to a major public university and a center of libertarian scholarship, millions of dollars in donations from conservative-leaning donors like the Charles Koch Foundation had come with strings attached,” and also how “the Federalist Society played a key role as an intermediary between George Mason and an anonymous donor when the university’s law school was renamed in 2016 after the former Supreme Court Justice Antonin Scalia.” So…yeah, there are huge problems with GMU’s ties to wealthy, right-wing, climate-science-denying donors.

Still, I’m willing to give GMU some praise where it’s due. [UPDATE: As Adam Siegel points out, “GMU’s Center for Climate Communication has been a meaningful counter-example — where actual independent academic standards and facts outweigh ideological (financial) interests”] For instance, there’s a new report out today that GMU’s Center for Climate Change Communications played a major role in writing. The report, which David Roberts of Vox calls “he definitive report on how oil companies misled Americans on climate change (using techniques from the Big Tobacco playbook,” is entitled “America Misled: How the Fossil Fuel Industry Deliberately Misled Americans About Climate Change.” The report finds that:

As the report points out, “denialist arguments are incoherent and
often contradictory,” yet they persist, as the fossil fuel industry works “to continue business as usual in the face of climate disruption” and ultimately “to block action on climate change. In America.” The horrifying news is that this campaign “has
largely succeeded, with policies to mitigate climate change
stymied or delayed for decades,” even as “climate change has intensified, causing impacts such as intensified extreme weather events, rising sea level, harmful effects on human health, and much more.”

The good news is that this GMU report and others are exposing the fossil fuel industry, while legal action is being taken against ExxonMobil for deceiving/defrauding shareholders on climate change. Still, we’ve wasted decades, in which the fossil fuel industry, politicians in their pocket, an appallingly “both sides” media, and a confused/oblivious public (note: that’s been changing for the better) have held back what’s been needed – namely, an urgent, massive mobilization to fight the climate crisis, including getting off of fossil fuels as rapidly as possible, changing agricultural and forestry practices (e.g., reversing deforestation and, instead, massively REforesting), etc. So now, having wasted decades, we are REALLY in an emergency situation, with shocking new reports like this one on the icecaps and oceans coming out at regular intervals.

The question is, will we now, finally, respond at a pace and scale commensurate with the threat? For instance, here in Virginia, will we cancel new fossil fuel projects, such as the fracked-gas Atlantic Coast Pipeline and Mountain Valley Pipeline, and instead move aggressively towards a 100% clean energy economy? Or will we continue with business as usual, even as the science urgently tells us that we can not and *must* not do that? Clearly, if Republicans are in charge, nothing good’s going to happen. So we need to put Democrats in charge, obviously, but also to be clear-eyed about how that’s simply a necessary, but far-from-sufficient, condition to doing what needs to be done, particularly in the face of relentless pushback and propaganda (see below for some examples that would be laughable if they weren’t so deadly) from the fossil fuel industry, as highlighted in this excellent new report by GMU.

P.S. Regarding the transition to a clean energy economy, see the new report out today from the International Energy Agency, which, while “upping its projected growth in renewable capacity to 50% over the next five years…that would imply a massive slowdown in renewable growth rates: share of wind generation has doubled 5 times in 18 years, solar 9 times!” Clearly, as this clean energy expert points out, that “sounds pretty cool…[b]ut it’s by far not enough, so I hope your estimates are too low, as they’ve been in the past.” 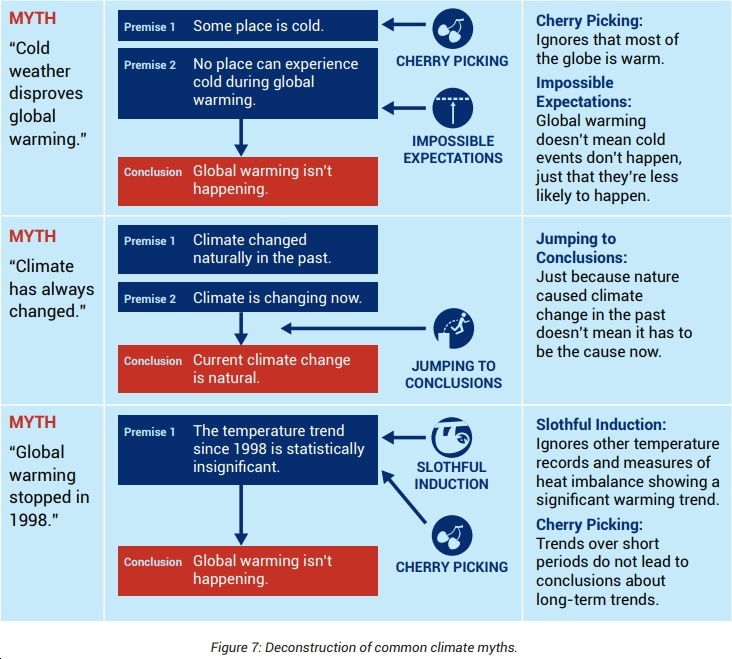