“We’re within two seats of taking majority in both houses [of the Virginia General Assembly], and if we can do that we will get the ERA ratified, we will be the 38th state to do that, and what a great thing that Virginia can put that over the finish line. We we will get an increase in the minimum wage. We will get better rules on things like early and absentee voting so people will be more enfranchised rather than less enfranchised, which is what the other side wants to do. We will get meaningful solutions on gun violence. We will protect and then go further on healthcare access for people… We will not get any of those things if…we don’t take both houses…all of those things that I just mentioned things that we’re not going to get  because…Republicans are committed to blocking the ERA, blocking pro-environmental moves, blocking a minimum wage increase, blocking voter empowerment…We have it within our grasp, it’s so close…It will set the tone for the next decade…The General Assembly has been a graveyard when we’ve tried to do progressive things…[Virginia Republicans] have just run out of ideas; they’re holding on to power for one reason – to hold on to power. They forgot why they’re in office. They forgot what they’re about…They need to be moved aside…The friend of the Republicans in this race is [voter] apathy…that’s what they’re counting on is low turnout…On November 5th…there’s gonna be a bunch of races that are going to be decided by the equivalent of maybe two or three votes per precinct.” 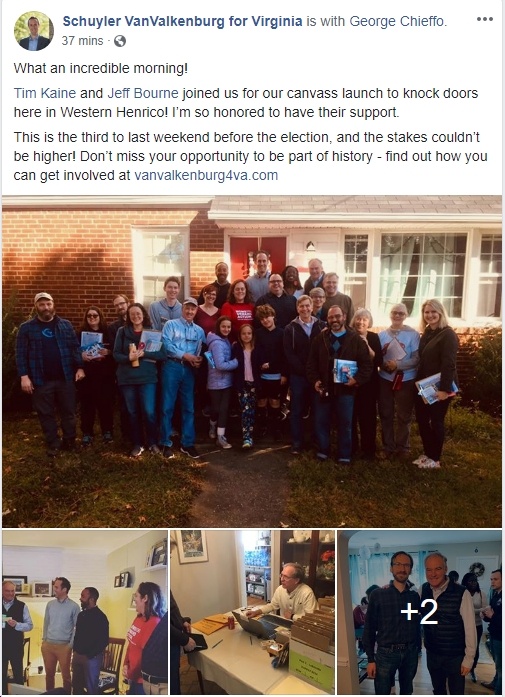