Devoid of positive ideas, a vision for Virginia, or anything whatsoever to offer on education, health care, gun violence prevention, the climate crisis, you name it, Virginia Republicans have gone with a two-pronged strategy:

As an example of the second prong of Virginia Republicans’ strategy, check out the following mailer by the VA GOP, which frames the 11/5 election as all about “Stop[ping] The Impeachment Witch Hunt.” Note the GOP’s continued demonization of two powerful Democratic WOMEN – Hillary Clinton and Nancy Pelosi – with the mailer putting them in, what else?, witches’ hats. As for the image of Rep. Adam Schiff, that’s just weird, as I doubt the vast majority of people receiving this mailer even recognize who he is.

Note, by the way, that none of the people featured in this mailer are on the ballot in Virginia next Tuesday, nor is impeachment, as these are all state legislative/local elections. But it *is* very telling that the Virginia GOP thinks the top issue Virginians care about is whether or not Trump is impeached, and that they actually think that voting Republican for House of Delegates or State Senate will have any bearing whatsoever on that.  Again, though, if you’re a party with nothing positive to offer, certainly nothing that’s popular with voters, I suppose you don’t have a lot of good options. Ha. Seriously, though, this coming Tuesday, make sure you tell the Virginia GOP what to do with trash mailers like this…by a) voting and b) voting Democratic up and down the ballot! 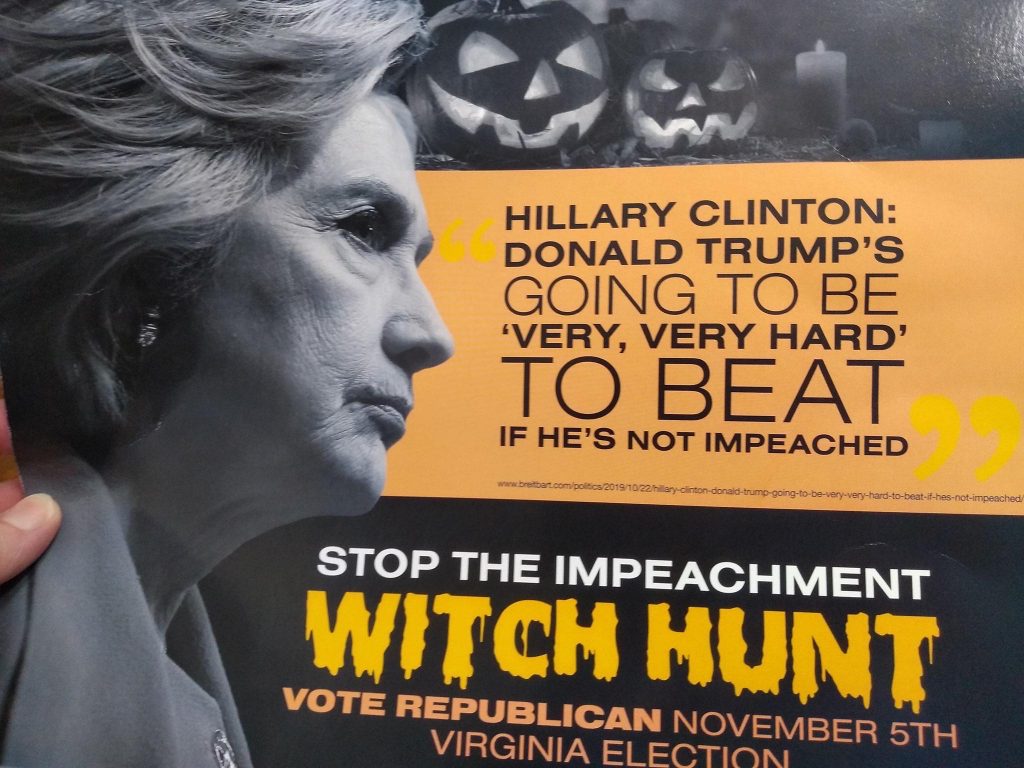 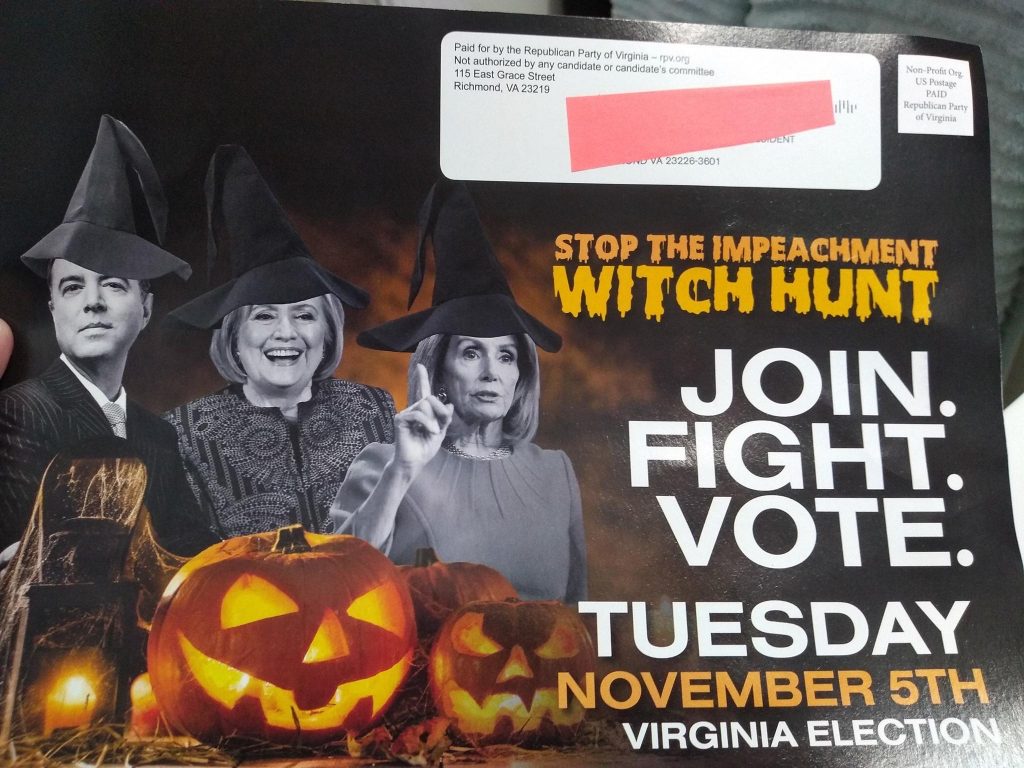