Thanks to Sen. Kamala Harris, who is in Virginia today campaigning for Virginia Democrats like Dan Helmer in HD40 (Fairfax County, Prince William County). See below for some photos and, if I get it, video. And remember, vote Democratic, up and down the ballot, on November 5th!

P.S. Also, thanks to all the other Democratic 2020 candidates who have campaigned or have announced that they’re coming to campaign in Virginia this election – former VP Joe Biden, Sen. Cory Booker, Mayor Pete Buttigieg, Sen. Amy Klobuchar, former Rep. Beto O’Rourke, and Sen. Elizabeth Warren. 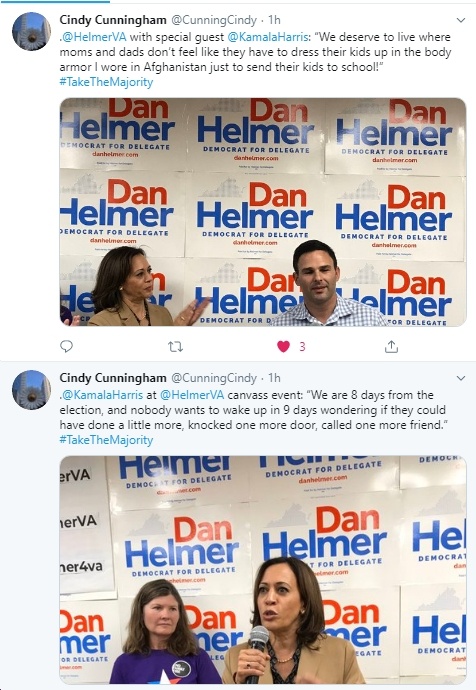 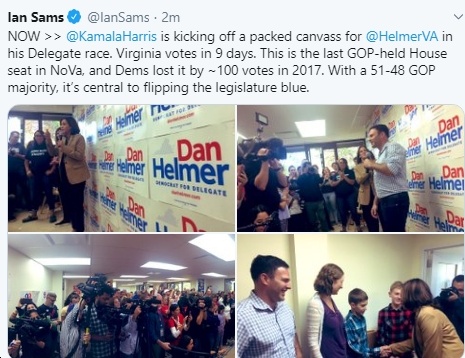 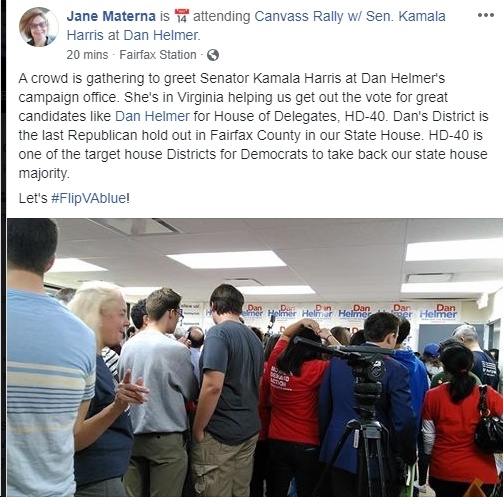 .@KamalaHarris stumps for VA candidate Dan Helmer with 9 days to go before Virginia elections – and 99 days to go until the Iowa caucuses pic.twitter.com/A3Zk78YAC7 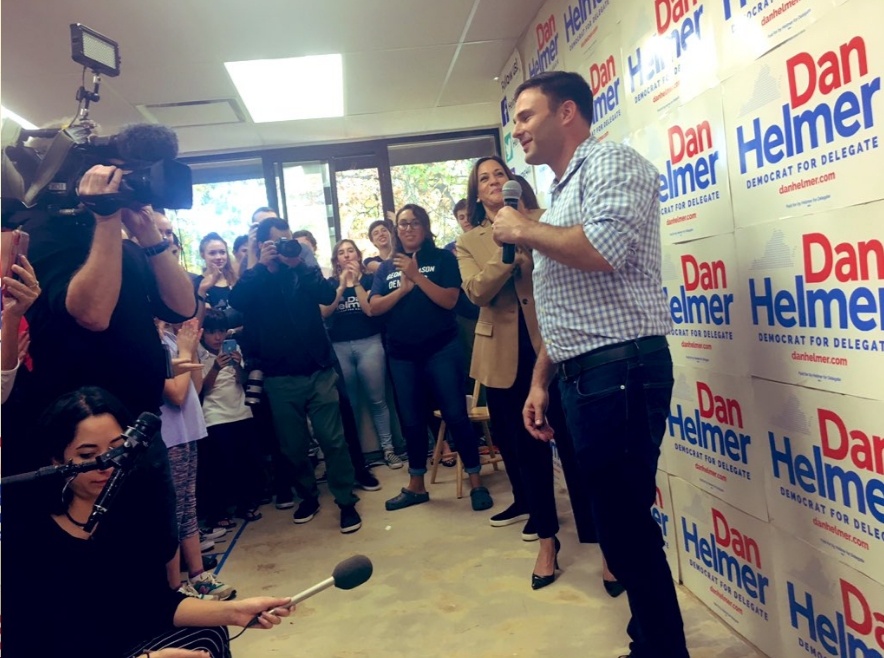 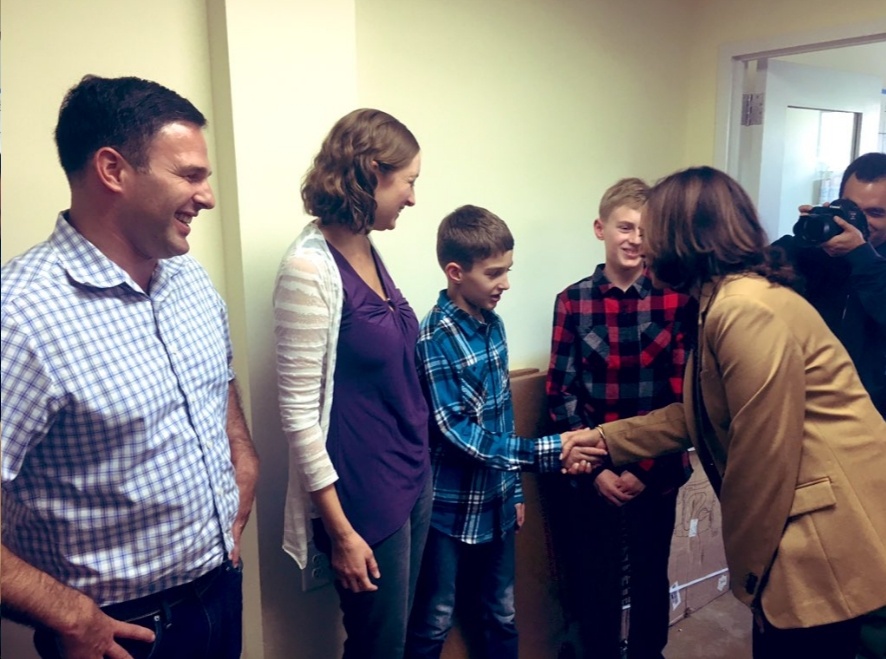 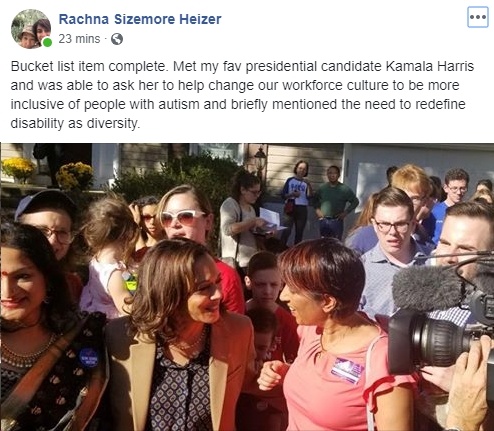 KAMALA at her second packed canvass launch for Virginia Delegate candidates today, this one with @KathyKLTran. Working hard to flip the Virginia House blue and build a strong Dem majority. Election is November 5. pic.twitter.com/LaWVh1AGVS

Thank you @KamalaHarris for joining our canvass launch today! Just 9 days until we win a Democratic majority in the Virginia House! #FlipVABlue pic.twitter.com/giGXw4D9fC 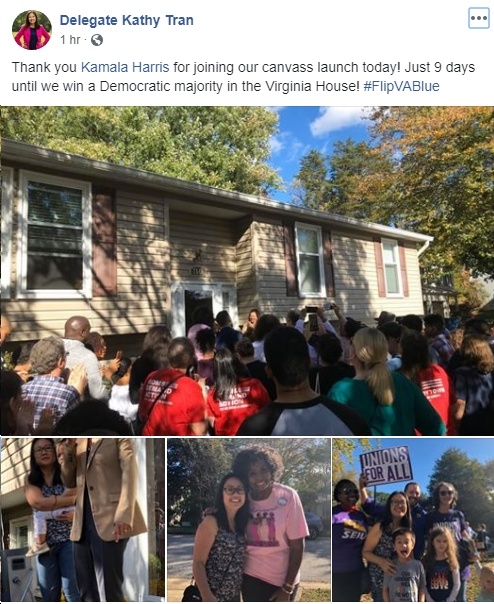 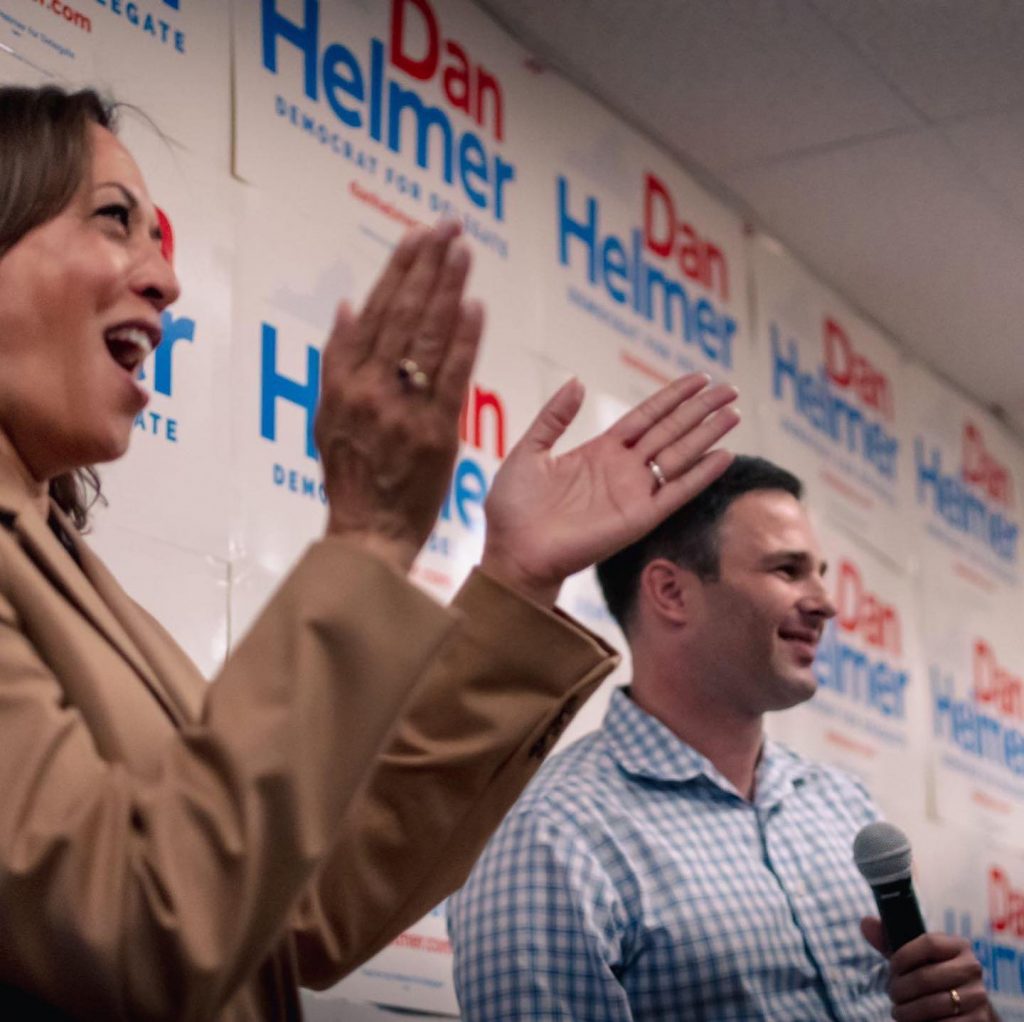 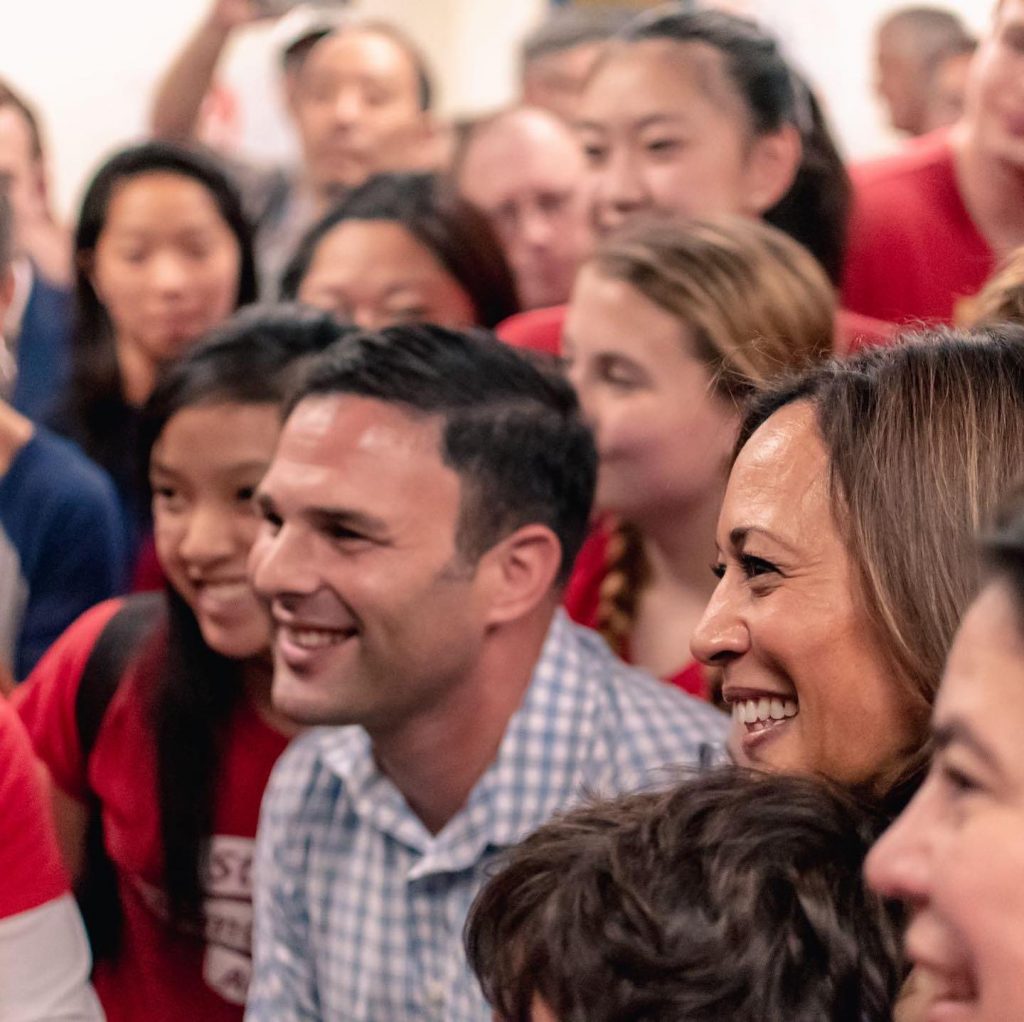 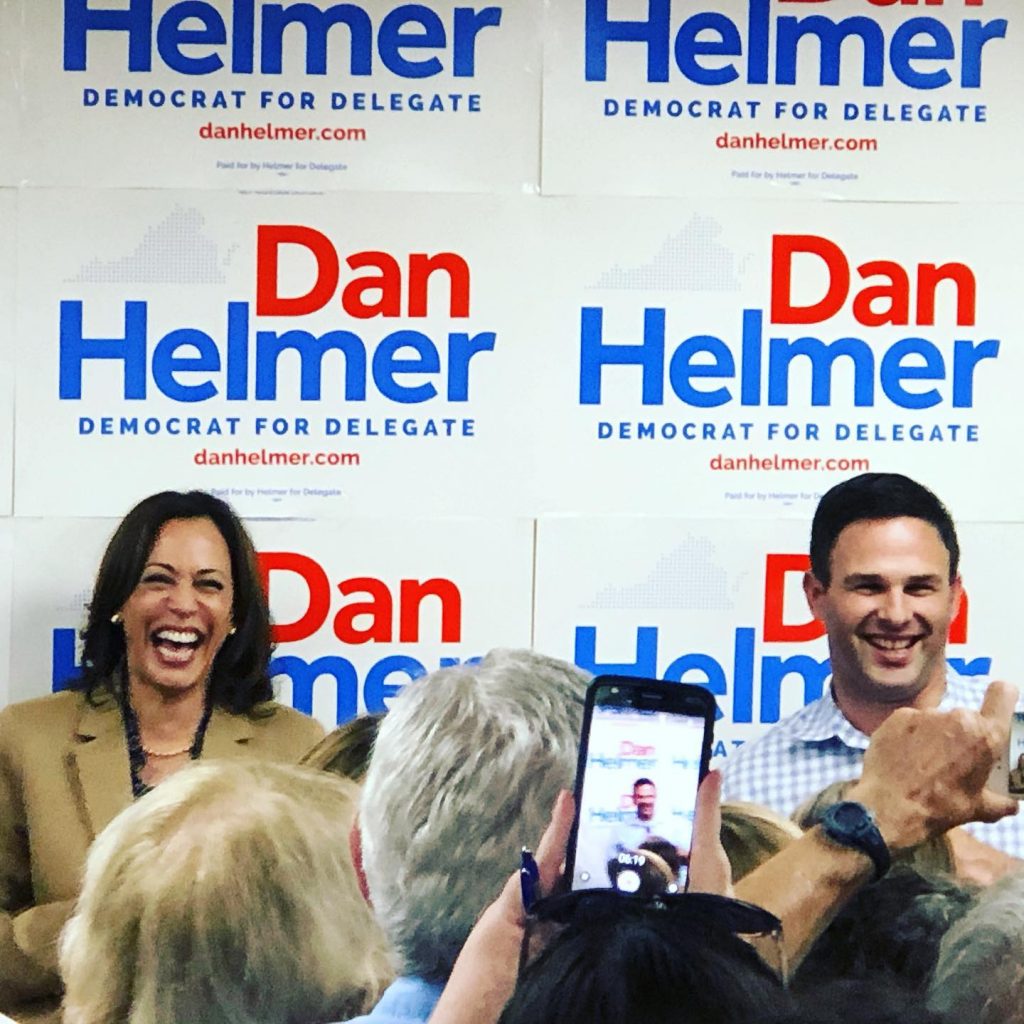 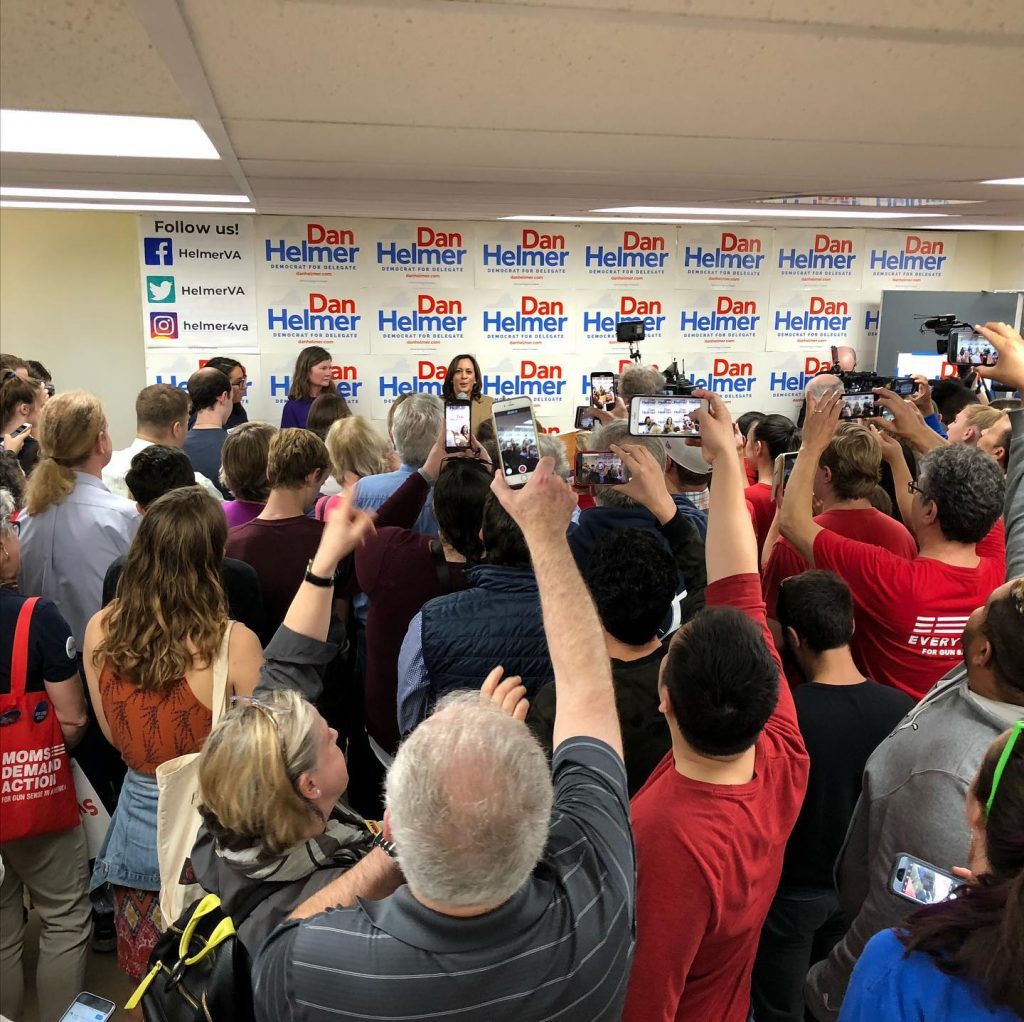