With just nine days to go until Virginia votes, check out the following analysis thread by CNU Professor Rachel Bitecofer. In sum, Bitecofer argues – and I agree wholeheartedly – that:

So, yeah, I agree: if there’s any way to bring in Barack Obama, Michelle Obama, and other top-tier “closers” to help fire up the Democratic electorate – which historically has tended to “drop off” in these “off/odd” election years – in the closing days of the 2019 Virginia election campaign, we should do everything we can to make that happen. Obviously, you want to “leave it all on the field” for every election, but this one gives Virginia an historic opportunity to finally have a General Assembly that works for the people, to protect the environment, etc. Which, of course, means – to paraphrase “Alexander Hamilton” – we absolutely must NOT throw away our shot here! 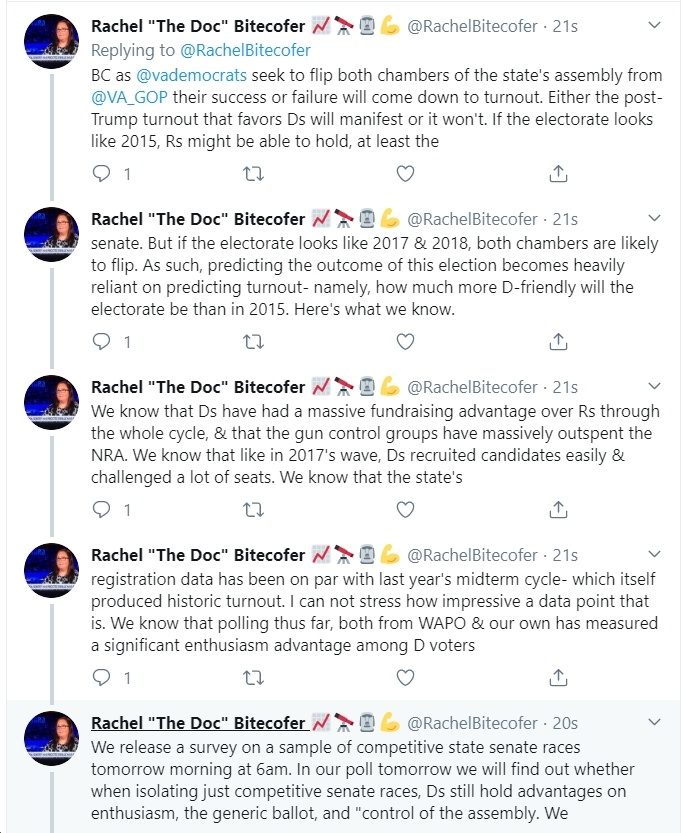 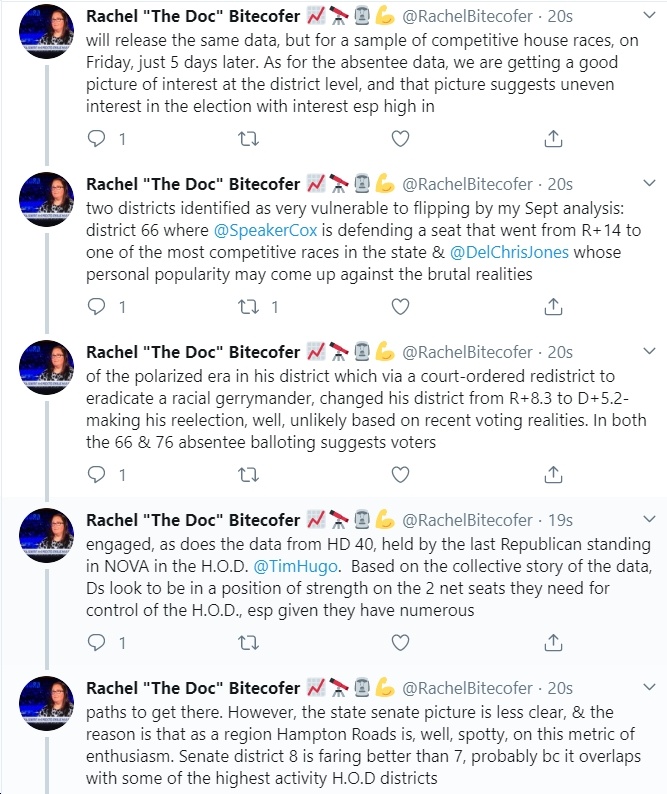 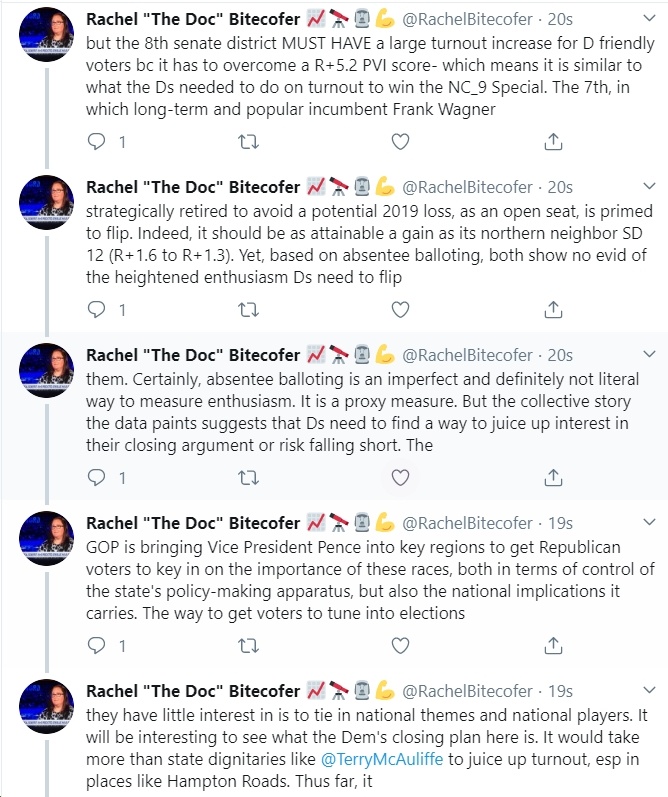 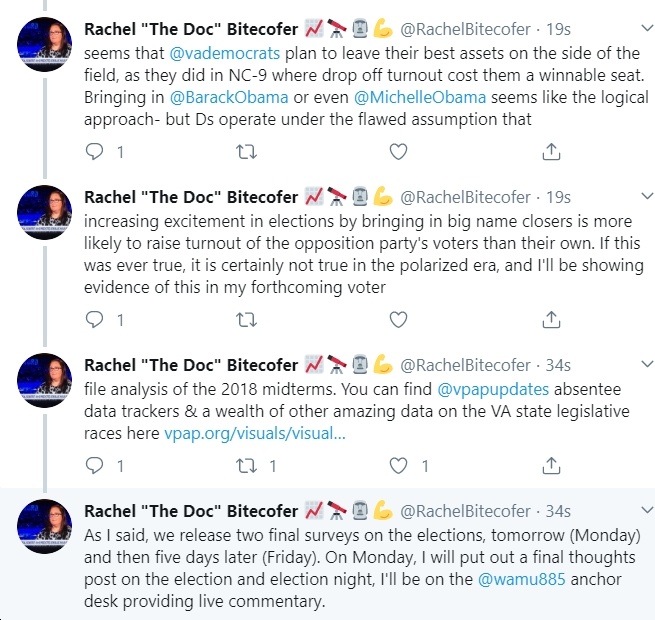