With less than a week until election day (11/5), where are we with early/absentee ballots? Let’s check it out.

First, according to TargetSmart’s early/absentee vote Monday report (see graphics, below), there had been 81,216 absentee ballots returned, more than double the 35,471 returned at this point in 2015, which is the last comparable, off/odd election year in Virginia. So that’s good news! Now, we’re not quite at 2017 levels (114,907 absentees returned at the same point), but that was a “statewide,” gubernatorial election year, so even being somewhat close to that number is very strong.

But wait, you ask, who is casting those absentee ballots? According to TargetSmart, so far it’s been: 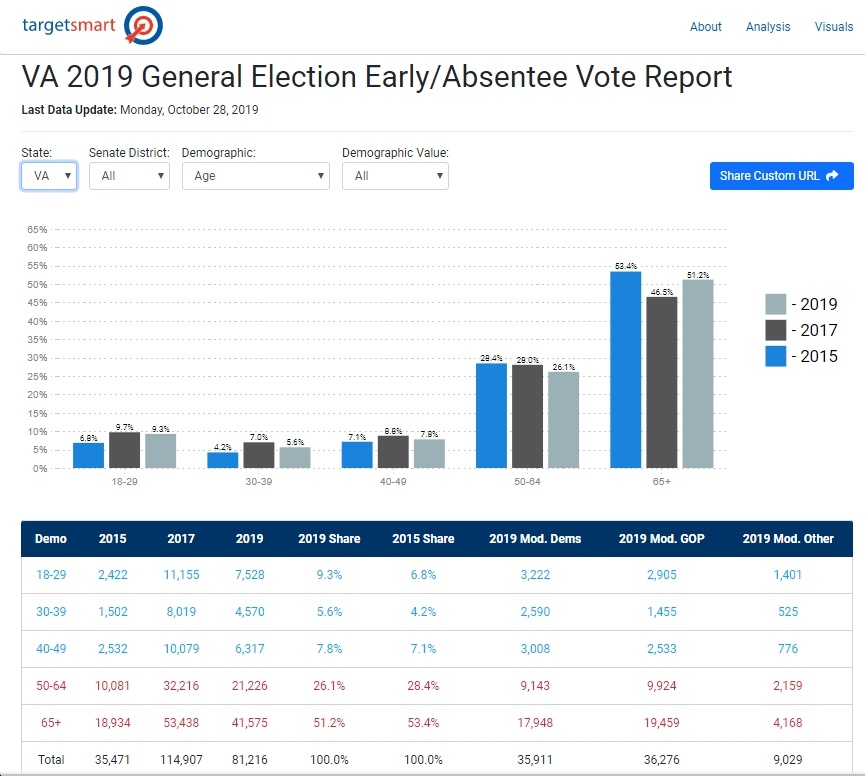 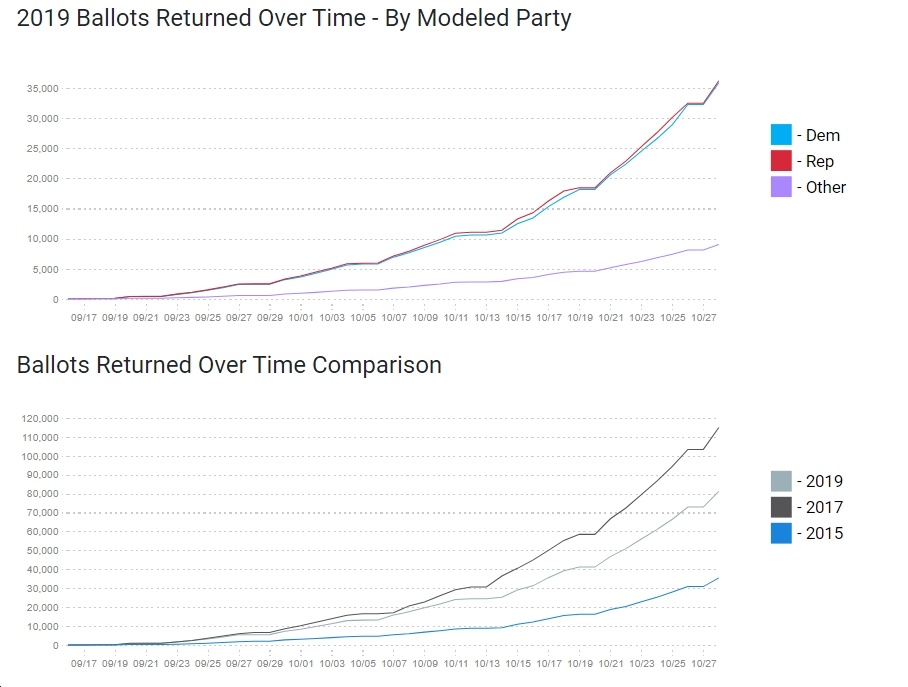 Finally, check out the latest absentee numbers from the State Board of Elections website, which show that as of this morning, there had been 142,533 absentee ballot *requests* and 91,107 absentee ballots *returned* (up from 81,216 in TargetSmart’s Monday report). So, overall, the indications are that turnout will be a lot higher this time around than in 2015, which is not surprising given how many more districts have competitive races and how much money is being spent. But that, of course, doesn’t guarantee victory for either Democrats or Republicans, as it continues to be – as it’s always been – not just how many voters turn out, but which “base” is more energized. We’re going to find out the answer to that one in just a few days… 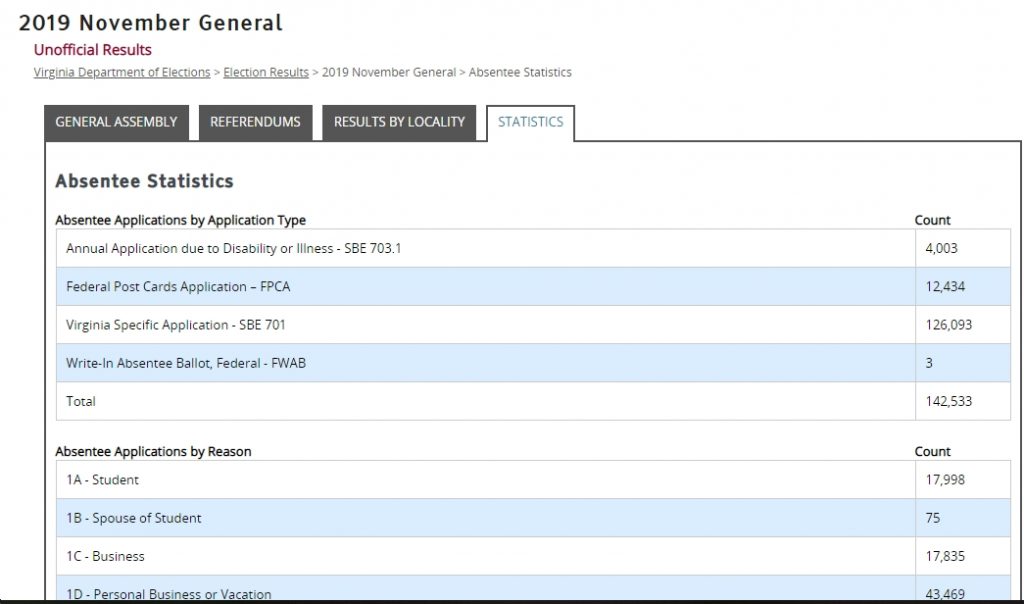