How did vote totals change in key Virginia House of Delegates districts between 2017 and 2019? Obviously, this is not an “apples-to-apples” comparison, as 2017 was a gubernatorial election year and 2019 was an “off/odd” election year, which traditionally has had MUCH lower turnout than the gubernatorial year.  So this time around, essentially the House of Delegates candidates first elected in the 2017 gubernatorial “blue wave” election were on their own, in the sense that they didn’t have any statewide candidates on the ballot above them. How did they end up doing, despite this?  See below for their vote totals in 2017 and 2019, plus the % change from 2017 to 2019.

Overall, it’s impressive that Democrats largely held their own in 2019 compared to 2017, given no “top-of-the-ticket” races to drives turnout. Which is why, in large part, Democrats picked up another six seats this time around, after a massive 15-seat gain (from a much lower base, of course) in 2017. 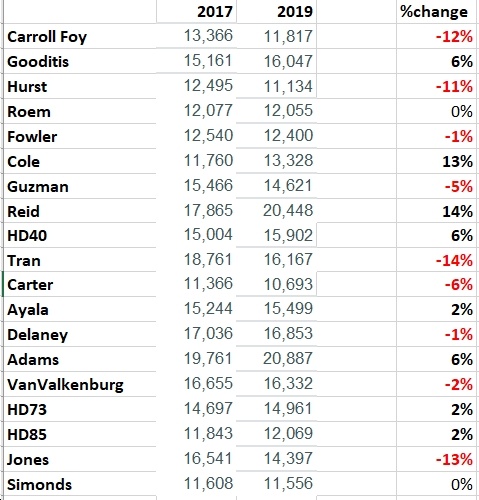 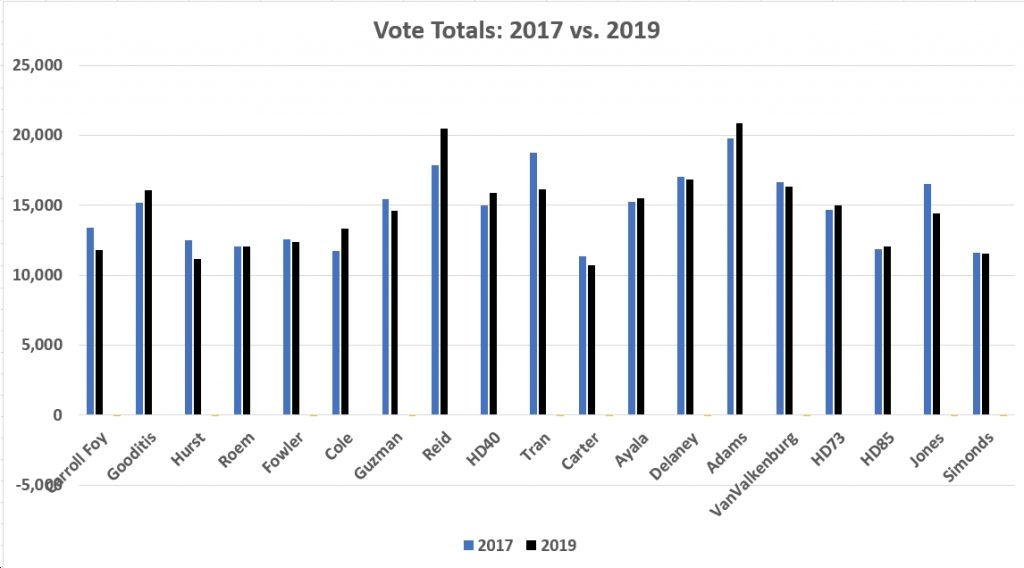 Good. Also, don't ever partner with Sinclair, Fox, or any other right-wing media https://bluevirginia.us/2021/05/video-second-of-four-democratic-gubernatorial-debate-from-7-to-8-pm#comment-5374522737

Speaking of VA GOP extremism (and bigotry, in this case). Any comment on this, @GlennYoungkin?!? https://bluevirginia.us/2021/05/as-virginia-republican-insiders-choose-their-nominee-the-candidates-are-doubling-down-on-far-right-extremism#comment-5374455447 h/t @owillis