The following seems like it’s a parody or something, but…nope, it’s real – check out the petition, here, which now has over 30,000 signatures. As Chris says, below, “Republicans have gone off the rails with this one….now calling for an end to longest running representative democracy in the western hemisphere.” This, by the way, in a state where Republicans gerrymandered Democrats practically out of existence back in 2011, including an illegal “racial packing” scheme that even the right-wing-dominated Supreme Court tossed out as unconstitutional. So yeah, now that Democrats were finally able to win some elections in Virginia, in SPITE of Republicans’ gerrymandering, their next move is a “state-level electoral college” for what they call “fair representation.” Hint: it wouldn’t be fair, and it wouldn’t be one person/one vote. 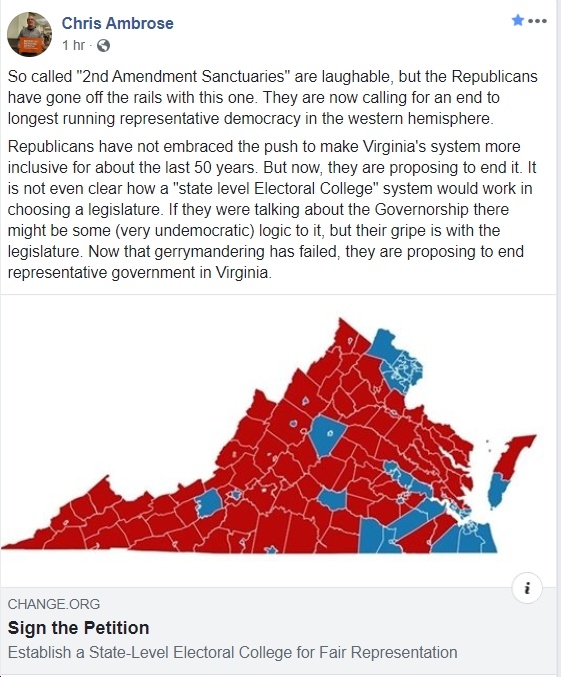 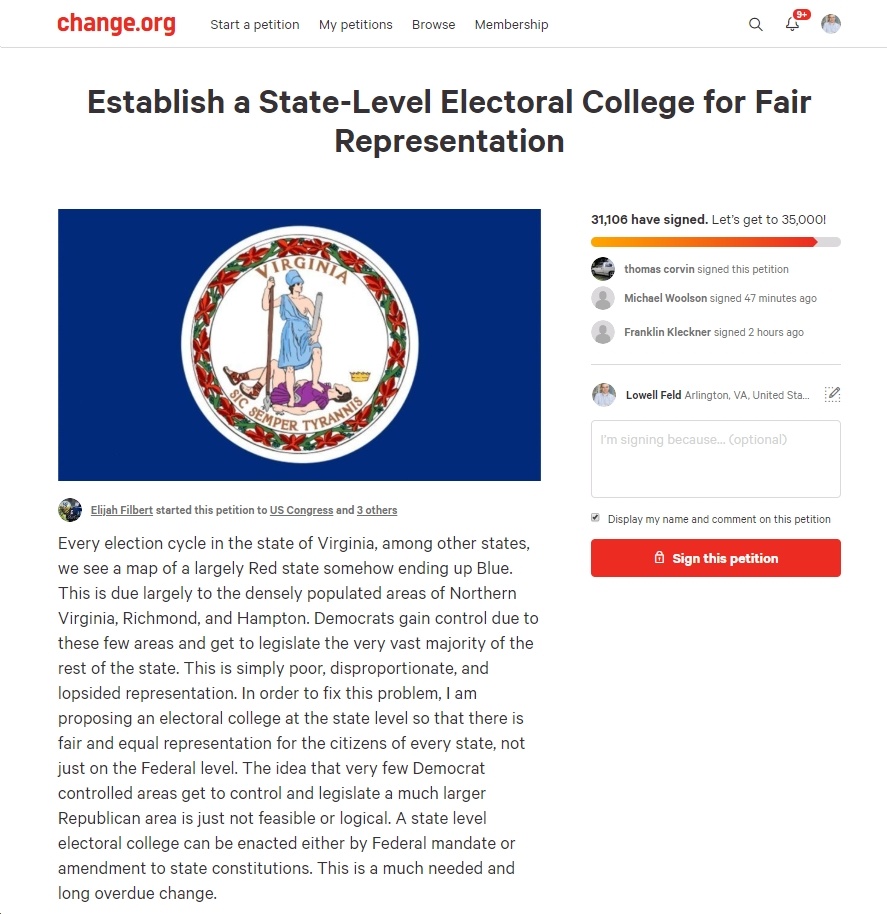