Earlier today, the Arlington County Board adopted – on a unanimous vote – its 2020 legislative proposals. There’s a lot of great stuff in here, and unlike in previous General Assembly sessions, there’s actually a chance for a lot of this stuff to be enacted into law. One item not in here is any specific mention of the “Dillon Rule.” However, there are several instances in which the county asks for more authority, such as “Enact local option authority to develop incentives or regulations to decrease or otherwise regulate the distribution, sale or offer of disposable plastic bags” and “Permit local governments to prohibit the possession of firearms on property owned or leased by the locality.” I’d also love to see localities have more authority to do things like *greater* environmental protection… 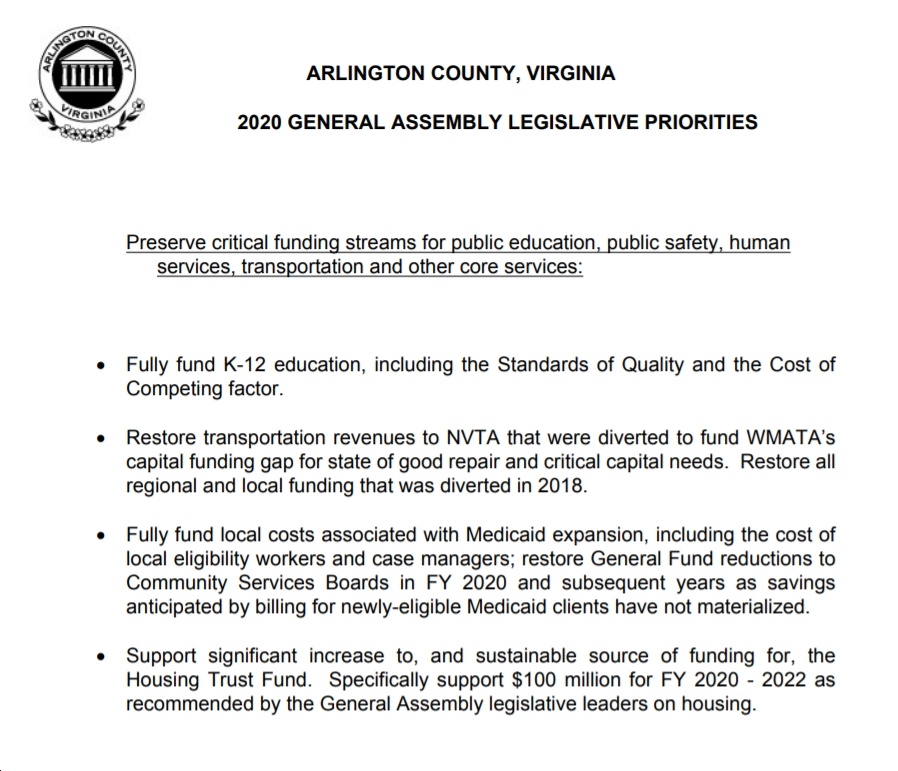 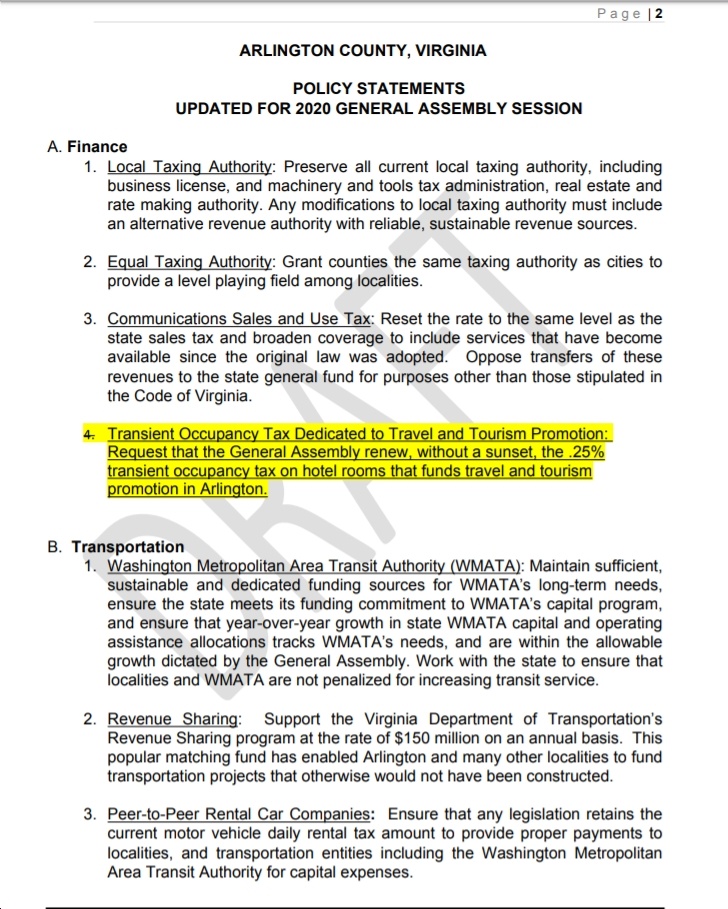 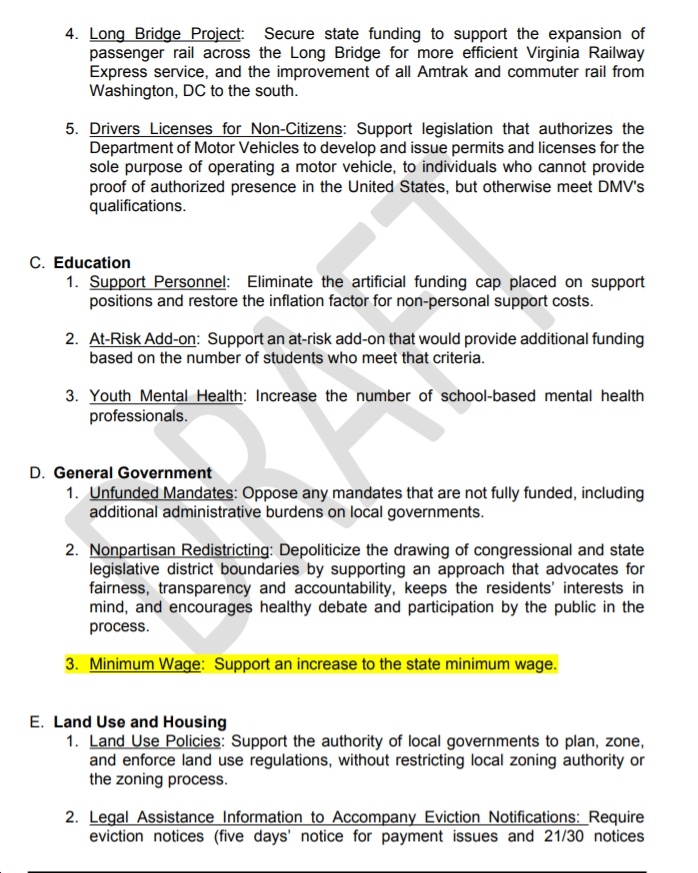 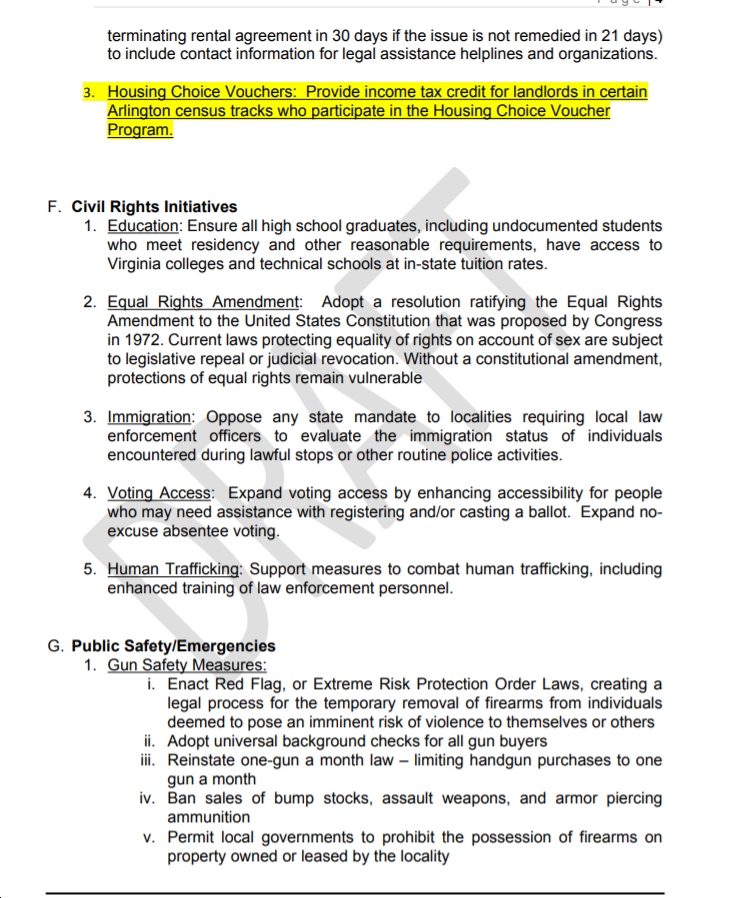 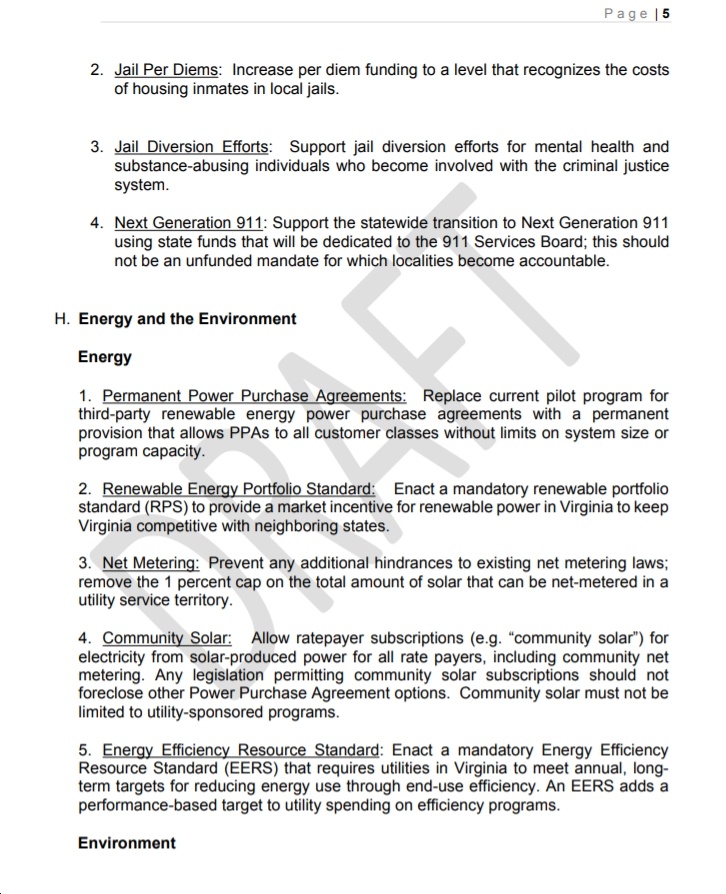 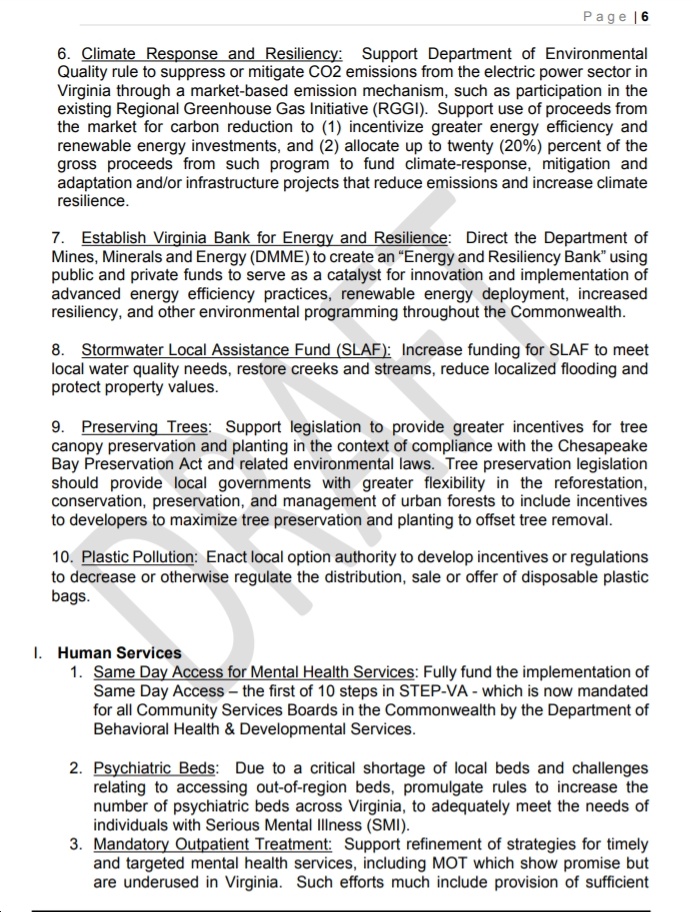 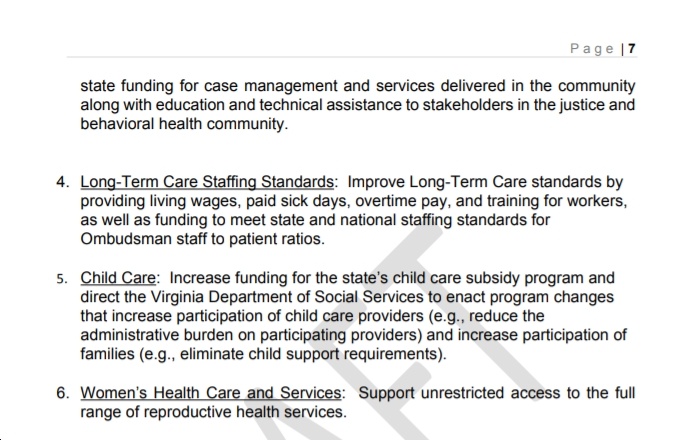 The Arlington County Board today finalized its 2020 General Assembly Legislative Proposals, following a public process that began in the summer and included working with staff, Board-appointed boards and commissions, holding a work session with Arlington’s General Assembly delegation and s a public hearing in November.

“The Board heard from many residents about their priorities for the 2020 General Assembly,” Arlington County Board Chair Christian Dorsey said. “We took those recommendations into consideration while crafting a package that we think is reasonable and achievable in the upcoming General Assembly session.”

The Board voted unanimously  to approve the legislative package. To read the staff report and the complete package of priorities and proposals for the 2020 General Assembly, visit the County website. Scroll to Item No. 43 on the agenda for the Saturday, Dec. 14, 2019 Regular County Board Meeting.

Arlington’s proposals include requests that the General Assembly:

To read the full list of legislative proposals, visit the County website. Scroll to Item No. 43 on the agenda for the Saturday, Dec. 14, 2019 Regular County Board Meeting.